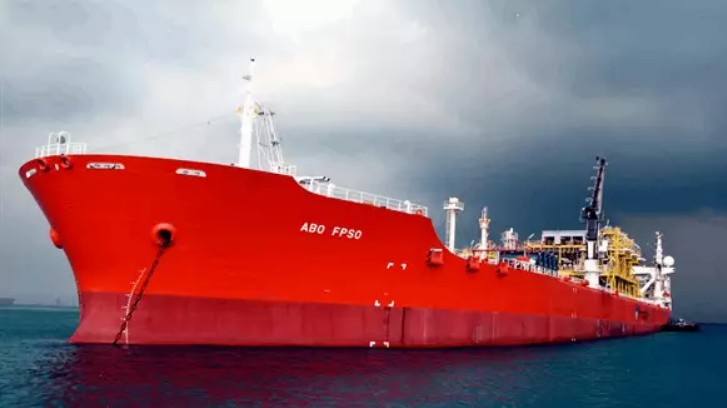 Abo FPSO To Stay With Eni For Another Year

BW Offshore said that the FPSO in question is the Abo FPSO which will continue carrying out operations on a field located offshore Nigeria.

The company added that the extension for the Abo FPSO was awarded by Eni’s Nigerian subsidiary Agip Exploration. Under the extension, the FPSO will continue working on the Abo field until the end of the fourth quarter of 2022.

Previously owned by Prosafe, The Abo FPSO was previously a Suezmax tanker named the Grey Warrior, built in 1976. It was converted into an FPSO in 2002 by Singapore’s Keppel Shipyard.

The FPSO has been working on the Abo field for Eni since the beginning of production in 2003. The previous extension for the vessel was awarded in January 2020. It expired at the end of the fourth quarter of 2021.

The Abo field is located in the OML 125 license some 25 miles off the Nigerian coast on the western edge of the Niger Delta. It covers an area of 490,010 acres and contains light sweet crude oil and natural gas.

The OML 125 license includes the Abo, Abo North, and Okodo fields. It also has eight producing wells, two water injectors, and two gas injectors. These wells are tied back to the Abo FPSO.

Eni’s subsidiary Agip is the operator of the license with an 85 percent working interest while Oando Energy Resources holds the remaining 15 percent.