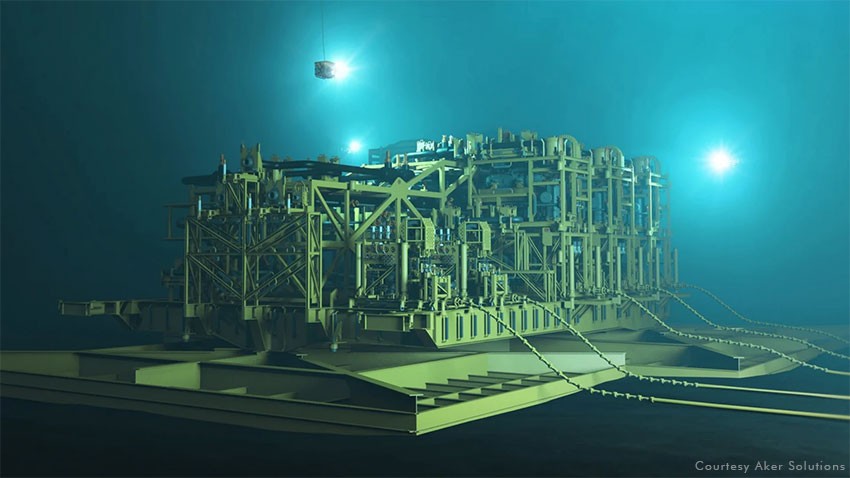 The award follows completion of the front-end engineering and design awarded in 2019. The work starts immediately with delivery expected during 2025. The project will be managed from the company’ headquarters in Fornebu, Norway. Client interface and operational planning will be handled from Perth, Australia.

Discovered in April 2000, the Jansz-Io gas field is about 200 km (124 mi) offshore northwestern Australia in water depths of about 1,400 m (4,593 ft). The Jansz-Io field is a part of the Chevron-operated Gorgon project. Its partners are ExxonMobil, Shell, Osaka Gas, Tokyo Gas, and JERA.

Aker Solutions delivered the world’s first subsea gas compression system to Equinor’s Åsgard field in Norway in 2015. The technology had been developed through several years of in-house expertise and in close collaboration with the operator and suppliers such as MAN Energy Solutions and ABB.

The Jansz-Io Compression project will have close to three times more compression power than the Åsgard system at a comparable physical dimension and lower weights, the company said.

Subsea compression is designed to boost recovery of gas at lower cost and occupy a smaller footprint than conventional compressor systems typically installed on platforms.