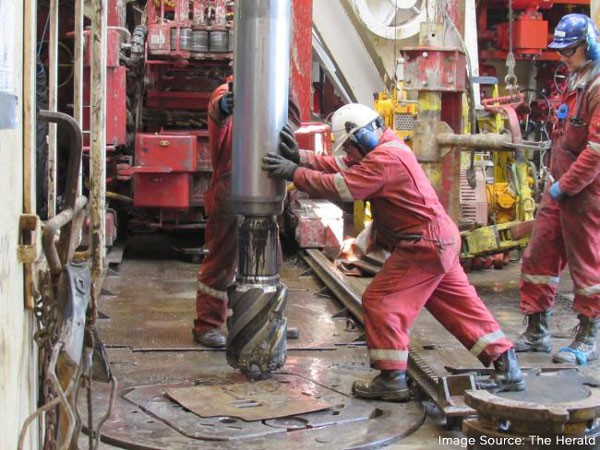 A PRIVATE equity firm which backed Hurricane Energy’s pioneering West of Shetland oil exploration drive has crystallised a multi-million gain on its investment in the company after helping stoke hopes of a boom in the area.

Kerogen Capital has netted £51 million after selling around one-quarter of its shares in Hurricane, a former minnow which has shot to prominence on the back of its success off Shetland.

The sale comes weeks after Hurricane started production from the giant Lancaster oil field development off Shetland that is reckoned to contain more than 500 million barrels oil.

Kerogen has been rewarded for making the decision to back Hurricane’s work on Lancaster at a time when many firms were slashing investment in the North Sea.

Surrey-based Hurricane won backing from Kerogen for its exploration work on Lancaster in 2016 as the industry was battered by the fallout from the crude price plunge.

Kerogen has seen the paper value of its investment rocket since then.

The company sold shares on Tuesday at 46.5p.

It acquired its first holding in Hurricane at 15p per share.

Kerogen is thought to have invested around £88m in Hurricane.

The company retains a 16 per cent stake in Hurricane. This is worth around £150m based on the closing price of Hurricane shares yesterday.

Hurricane said Kerogen had signalled its continued support for the company by remaining a major shareholder, with a representative on the company’s board.

Kerogen’s support has helped Hurricane chief executive Robert Trice put a new geological area on the map for the industry at Hurricane.

The company’s success has encouraged other firms to invest in the West of Shetland area. Some sector watchers hope finds off Shetland could support a new generation of North Sea activity.

The scale of interest was underlined last year when industry heavyweight Spirit Energy bought in to Hurricane’s acreage.

Spirit, which is part-owned by Centrica, agreed to fund a $180 million drilling campaign on another find made by Hurricane and a prospect.

Last year oil and gas consultancy Wood Mackenzie said: “All eyes are on West of Shetland.”

Other investment businesses will be hoping to match the success of Kerogen.

A range of private equity players have placed big bets on the North Sea in recent years reflecting their belief that the shake-up triggered by the crude price plunge had created attractive investment opportunities.

The resulting slump led to falls in the prices of assets and the cost of services such as rig hire.

It has also invested in Zennor Petroleum, which plans to develop the Finlaggan field discovered by ConocoPhillips in 2005.

With offices in London and Hong Kong, Kerogen is believed to have acquired its holding in

Hurricane at a weighted average price of around 20.6p per share.

That left the firm with a stock market capitalisation of £935m.

The Brent crude price fell 3% on Tuesday after President Trump said “a lot of progress” had been made in America’s stand-off with Iran. Brent crude sold for $64.23 per barrel, down 12 cents, yesterday afternoon.