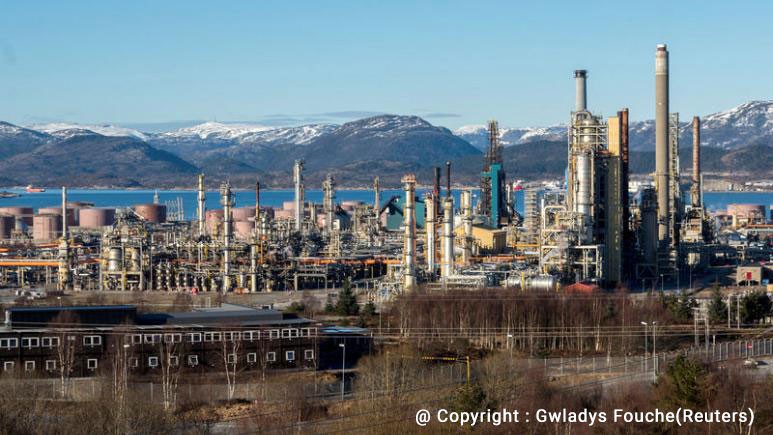 Norwegian oil and gas firm Equinor <EQNR.OL> will remain committed to the mature British continental shelf regardless of the country's plans to leave the European Union, a senior executive told Reuters.

British Prime Minister Theresa May abruptly decided on Monday to pull a parliamentary vote on the Brexit deal, thrusting UK's divorce from the EU into chaos, with possible options including a disorderly Brexit with no deal.

"We are putting more investments into the UK despite Brexit, the perception of North Sea as being very mature and dying and oil price gyrations," Al Cook, Equinor's executive vice president for strategy, told Reuters, speaking before the vote Brexit vote was postponed.

"We want to make the most out of UK's common geology with Norway."

The majority state-owned company, formerly known as Statoil, could apply lessons learned from the Norwegian continental shelf in slashing breakeven costs for new developments and increasing recovery rates from producing fields, he added.

Cook said Equinor planned to focus its activities around the Rosebank project, acquired from Chevron <CVX.N> in October, and the Mariner heavy oilfield, expected to start in the first half of 2019.

"We will see what we can sweep up in the areas and how we can turn them into hubs in the future," Cook said.

Equinor said on Monday it completed its previously announced transaction to sell a 17 percent interest in Chevron-operated <CVX.N> Alba oilfield to HitecVision-backed Verus Petroleum to focus on its core activities.

Equinor holds interests in more than 20 exploration licences off Britain, and plans to drill at least three exploration wells there in 2019.

The Norwegian company says it has a capacity to supply around a quarter of Britain's peak gas demand, and its Sheringham Shoal and Dudgeon offshore wind farms are able to supply power to 630,000 British households.

The company is expected to make the final investment decision with its partner SSE <SSE.L> on Britain's Dogger Bank offshore wind project next year.

"The UK is attractive for us because it is a double AA rated country with stable tax regime where we can replicate our Norwegian offshore success," Cook said.