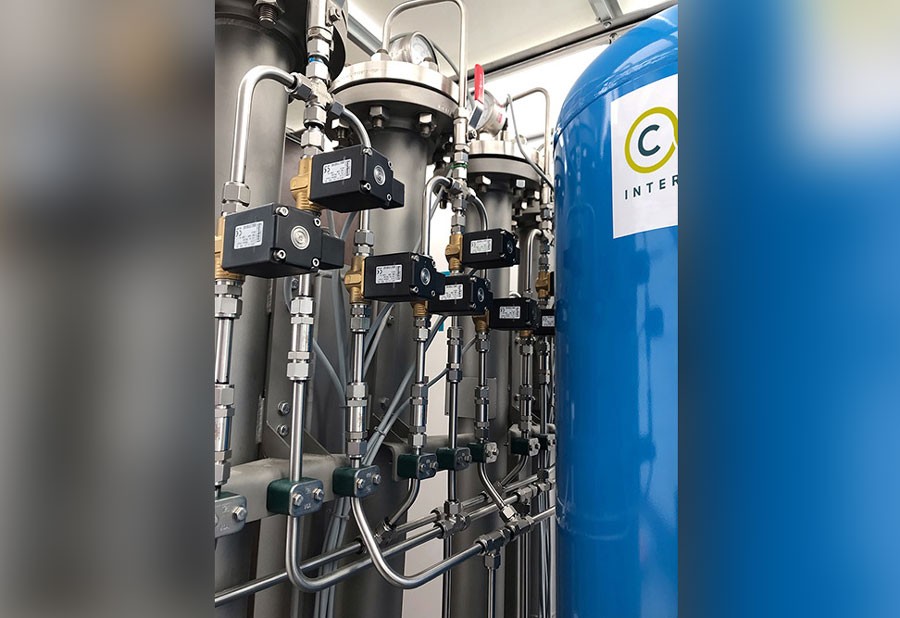 Scottish Climate Tech spinout, CCU International, is set to open the first funding round to commercialise its patented game-changing carbon capture and utilisation (CCU) system which will enable capturing and utilising CO2 for emitters of all sizes - from small to very large industrials.

From next Monday (December 5), the Aberdeen-based firm, led by experienced high-growth and innovation executive, Beena Sharma, will commence its initial raise to fund equipment and overheads to target the global market for CCU, estimated to be worth $2.5bn today but more than $12bn by 2031. It’s projecting revenue of at least £1bn over the next 10 years, focusing first on the UK and US markets.

The key innovation in its patented system is its multi-stage process developed over six years by technology advisor and respected expert, Professor Peter Styring at the University of Sheffield, where he is Professor of Chemical Engineering & Chemistry.

The process captures mixed gas emissions directly from flue stacks and passes them through a multiple-step process involving pressurisation through a unique silica gel. During the different process steps the pressure is specifically calibrated to ensure different gases are emitted from the silica gel until only CO2 remains.

The system is modular, able to deal with small to large volumes of input gases and CO2 concentrations and can be customised to each client’s requirements. The captured CO2 is pressurised and liquefied for use in industry and can be used to create different industrial products.

The CCU international system has many benefits over existing carbon capture systems that mainly rely on capturing and storing CO2, have been developed for large emitters, are expensive and can take years to implement. Designed to have a small footprint, the CCU International modules can be easily transported and can be deployed within weeks to ensure CO2 emissions are captured sooner rather than later. The modular systems are highly scalable and can capture from 300kg to hundreds of tonnes of CO2 per day.

CCU International’s system is highly efficient and has been designed to operate on renewable energies with heat recovery. The entire solution produces additional revenue streams for clients - such as verifiable carbon credits and, with the addition of further downstream modules, also produces commercial products, such as food and medical grade CO2 gas, aggregates, diesel and surfactants.

“Capturing and utilising CO2 is a better strategy for emitters than buying carbon credits because it’s measurable and verifiable,” says Beena Sharma. “By enabling the creation of carbon credits and reducing the risk of emissions fines, it also turns a cost into a revenue stream.”

“Governments now recognise we can’t achieve Net Zero without carbon capture and our system enables smaller-scale industrials and SMEs to decarbonise cost-effectively for the first time as well as making it more efficient and affordable for all scales of emitters by creating a number of revenue streams as part of the process.”

As well as raising initial funding, CCU International is looking to agree partnerships and collaborations with players in several sectors including oil & gas, energy, petrochemical, shipping & ports, heavy industry, steel, cement, anaerobic digestion and industries which both emit and use CO2, such as carbonated drinks. It’s being advised by Hutcheon Mearns.

For more about CCU International, visit its website at ccu.international