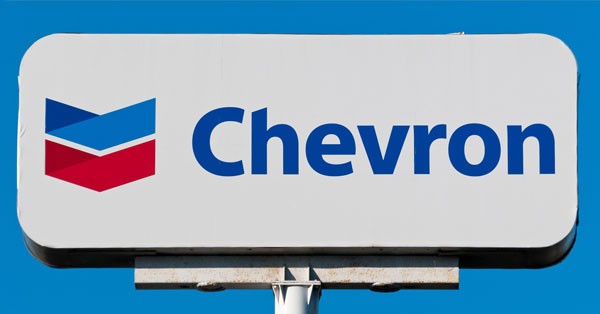 Chevron Corp agreed to buy Anadarko Petroleum Corp in a US$33 billion deal that adds US shale oil and African liquefied natural gas (LNG), and puts it in the top ranks of the world’s largest energy companies.

The takeover puts Chevron neck-and-neck with the oil and gas production of Exxon Mobil Corp and Royal Dutch Shell PLC, both of which have dominated Big Oil over the past decade. The combined company’s cash flow last year, US$36.5 billion, would have exceeded Exxon’s.

“Chevron now joins the ranks of the ultramajors,” Roy Martin, an analyst at Wood Mackenzie Ltd, said in a note.

The US$65 per share stock-and-cash deal announced on Friday sees Chevron doubling down on its expansion into the fast-expanding Permian Basin of west Texas and New Mexico, while also increasing its exposure to liquefied natural gas with Anadarko’s project in Mozambique.

The new company is to sell US$15 billion to US$20 billion of assets from next year to 2022 to reduce debt and return cash to investors.

Occidental Petroleum Corp had made a US$70 per share bid for Anadarko and it is now weighing whether to move forward with a counter offer, a person familiar with the matter said.

Anadarko rose 32 percent to US$61.78 in New York, but did not trade above the offer price, implying that investors do not expect a bidding war. Chevron fell 4.9 percent, the biggest drop since February last year.

The transaction is the biggest strategic move yet for Michael Wirth, a 58-year-old chemical engineer who became Chevron’s CEO just 14 months ago. He has quickly shaken up the company by announcing an aggressive expansion plan for the Permian basin.

“We will now see Chevron emerging as the clear leader among all Permian players, both in terms of production growth and as a cost leader,” said Per Magnus Nysveen, head of research at consultant Rystad Energy AS in Oslo.

Anadarko, which is based in The Woodlands, Texas, has long been rumored as a takeover target for the world’s largest oil companies, offering a suite of assets including a massive LNG facility in Mozambique that is racing against Exxon’s project to be the first operating in the country.

The deal is the biggest takeover in the oil and gas industry since Shell’s ￡47 billion (US$61.5 billion at the current exchange rate) purchase of BG Group in 2015, according to data compiled by Bloomberg.

Widening the measure to include chemicals and state-owned companies, both would be eclipsed by Saudi Arabian Oil Co’s US$69 billion acquisition of a majority stake in local petrochemical company Sabic this year.

The premium is high compared with most other acquisitions of oil companies valued at more than US$1 billion. The average premium in such transactions was 11 percent last year and 22 percent in 2017, data compiled by Bloomberg showed.

“It gives the combined entity the ability to high-grade its assets and focus on where the best cash returns are,” Malek said.

The deal might put pressure on Shell to seek assets in the Permian Basin, where the Anglo-Dutch company has said it wants to grow.

Oil executives and bankers had speculated that Shell might buy Anadarko, because they have adjacent properties. Shell has in the past several months held talks with Endeavor Energy Resources LP, the largest privately owned company in the Permian Basin, which bankers have said might be valued at US$10 billion to US$15 billion.