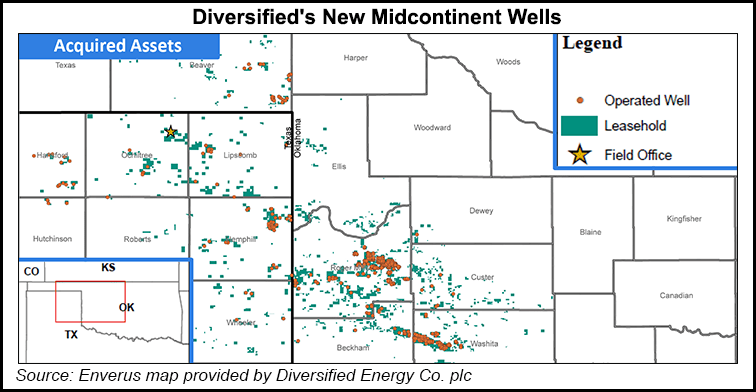 “Building on our success in Appalachia, we are excited to increase our holdings within the Central Region that position us to drive greater synergies and unlock additional shareholder value through scale,” said DiversifiedCEO Rusty Hutson Jr.

The new production would boost Birmingham, AL-based Diversified’s total output by 6%, based on the firm’s 1Q2022 exit rate of 136,000 boe/d, the company noted.

Diversified, which said it plans to retain an undisclosed number of ConocoPhillips employees, expects to close the transaction in late September. The deal’s effective date was June 1.