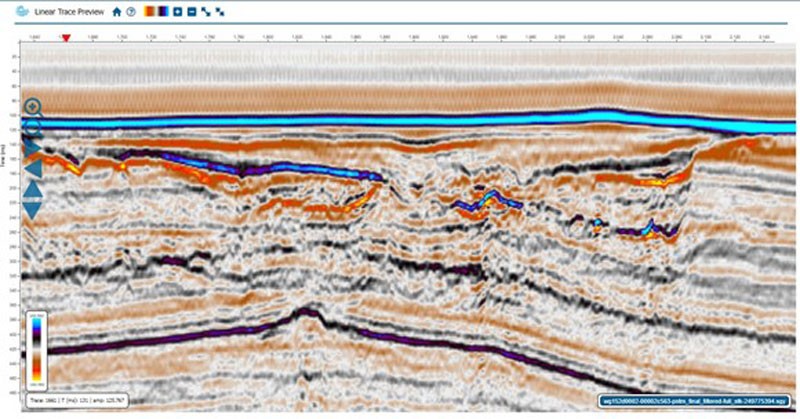 The search for carbon storage sites, wind farm locations and potential hydrocarbon fields has received a significant boost as more than 132 terabytes of seismic data has been uploaded on to the National Data Repository (NDR).

The data can be used to support the UK’s first ever carbon storage licensing round, which was launched in June this year and, as the Energy Transition gathers pace, increasing numbers of NDR users are using the archive of information to aid exploration efforts.

A total of 29 data sets dating from 1988 to 2015 have been transferred from tape storage to the cloud, where they can be easily accessed by companies and researchers.

The data sets, the largest of which is 72 terabytes, are mostly located in the Central North Sea and Southern North Sea and cover areas that are considered to have significant potential for carbon storage. The data can also be used for traditional petroleum exploration and for other uses such as positioning offshore wind installations.

The latest upload has taken seismic field data that has previously been reported to the NSTA. Working with Moveout Data Seismic Services, the data has been made ‘processing ready’, which assists users by completing the first step for reprocessing work for them.

The project has seen around 200 tapes transferred from a controlled storage site into the NDR cloud, adding to the 26 similar data sets which have already been made available on the site in the last year.

Prior to the transfer, these multi-terabyte data sets were less accessible to users. Now fully released and ready to be processed, the data is listed in the NDR where it can be ordered for delivery.

“This is an important step forward. The NSTA is committed to supporting the drive to secure future energy supplies and the transition to net zero emissions, enabling access to data is essential to that process.”

Originally launched in 2019, with over 130 terabytes of information – one of the largest ever single open releases of data - the NDR was refreshed to improve functionality for users last year.

The latest upload of data is part of the ongoing drive to provide more and more easily accessible data to assist both continued exploration and the energy transition.