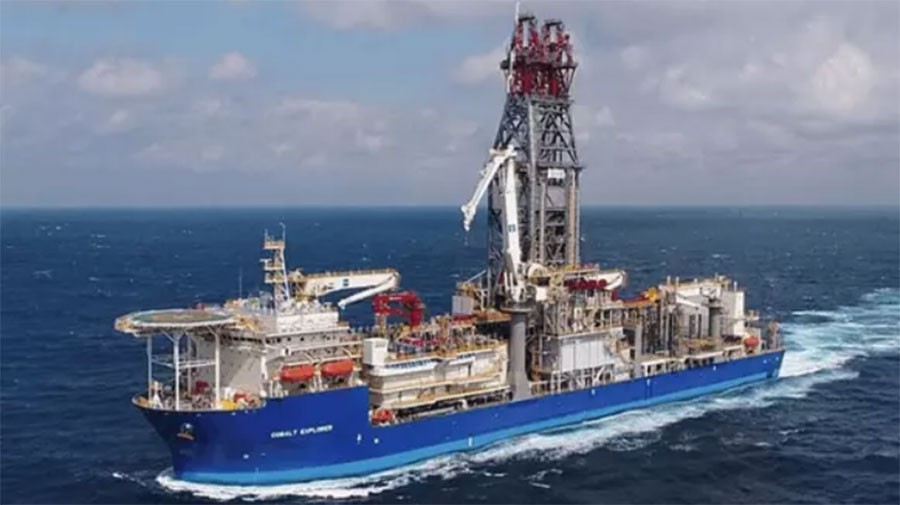 Turkish Petroleum, or TPAO, is the third company to enter into an agreement with DSME to buy the drillship now named the Cobalt Explorer – also known as the West Cobalt.

There was no activity regarding the vessel for a couple of years. Enter John Frederiksen and his Northern Drilling. In 2018, he made a move to buy the West Libra and West Aquila drillships from DSME. The two were ordered and consequently cancelled by Seadrill. As a part of this two-rig deal, Northern Drilling had an option to buy another drillship. The rig in question was the Cobalt Explorer and its price was a massively reduced $350 million.

Northern Drilling did exercise the option in the spring of 2019, but everything was turned on its head come fall of the same year. First, the offshore driller cancelled the order for the Cobalt Explorer – at the time renamed to West Cobalt – over what Northern claimed was a repudiatory breach of contract by DSME. This resulted in the two entering into a dispute over the cancellation the following month.

But it didn’t end there. The orders for the West Libra and West Aquila drillships were also cancelled by Northern earlier in 2021, meaning that an offshore driller now had no rigs to drill with.

As it now stands, the Cobalt Explorer or the West Cobalt – depending on which name is more accurate at this point – would join Turkish Petroleum’s three other drillships – the Fatih, the Kanuni, and the Yavuz. It is worth mentioning that the Cobalt is a more modern rig as the three drillships in TPAO’s fleet are 6th generation.

The new rig is supposed to sail to the Black Sea after it gets a new name and gets a few adjustments.

Fatih Dönmez, the Minister of Energy and Natural Resources of Turkey, praised the acquisition of the new drillship via social media channels.

He also praised the oil workers who are working hard to get Black Sea gas online by 2023. He thanked Turkish President Erdogan personally for this addition to the fleet who, according to Dönmez, made “great efforts” to make this acquisition happen.