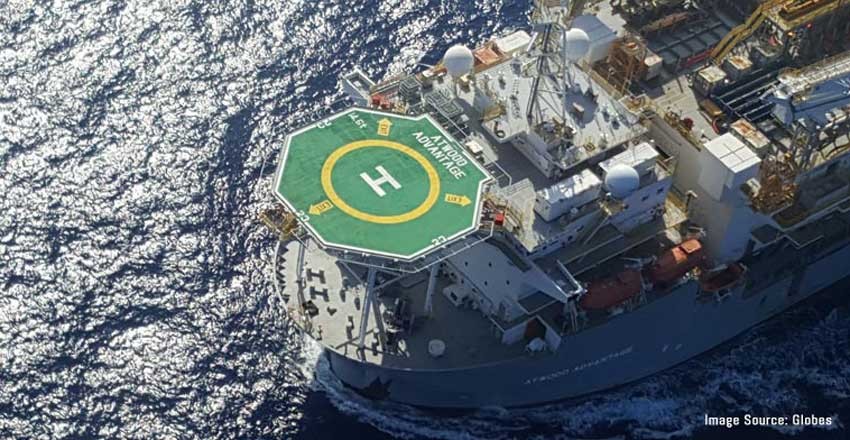 Stena's DrillMax will begin exploratory drilling at the Karish-North field, which has a 69% possibility of containing 33.5 billion cubic meters (BCM) of natural gas.

Greek energy company Energean Oil & Gas plc is expected to announce the start of drilling this week for Israel's Karish offshore natural gas field. Sources inform "Globes" that the ship due to carry out the drilling reached Israeli waters over the weekend and is moored at the site of the Karish prospect. Energean decline to comment on the report.

The drilling ship called DrillMax, which belongs to Swedish company Stena, will begin with exploratory drilling at the Karish-North field, which according to estimates has a 69% possibility of containing 33.5 billion cubic meters (BCM) of natural gas. This is a similar amount that was found in Israel's very first natural gas field the Mary-B off the coast of Ashkelon. The karish-North field is also likely to contain 14 million barrels of condensate (light oil). The is the first offshore exploratory drilling that has been carried out in Israel since the Tamar-South-West field in 2013.

After DrillMax has completed the Karish-North drilling it will move onto the Karish-Central field where it will conduct three drillings. The agreement with Stena includes an option for up to six other drillings in other parts of the Karish and Tanin licenses.

Energean plans to invest about $1.8 billion in developing the Karish and Tanin fields, which it bought from Delek Drilling LP and Noble Energy Inc. as part of the government gas outline agreement to ensure competition in gas production. The main investment in developing the field will be for construction of a floating production storage and offloading (FPSO) rig, which is currently being built in China and is expected to reach Israel towards the end of next year. This will allow Energean to begin producing gas in the first quarter of 2021. The FPSO will be anchored about 90 kilometers off the coast of Israel, west of Haifa.

In the first stage the FPSO will produce 4.3 BCM annually and can service other nearby fields up to a capacity of 8 BCM annually.