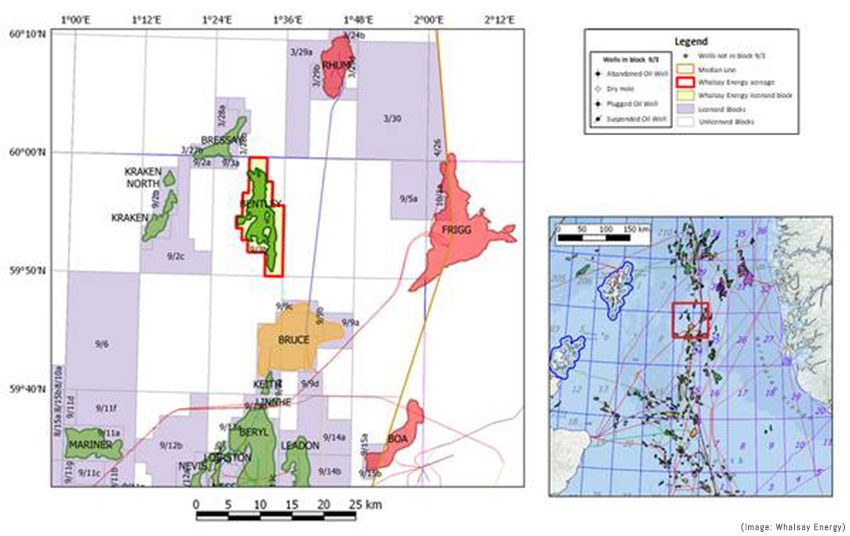 This discovery is within around 15 kilometres of the oil and gas production group's existing Kraken and Bressay operated interests in the North Sea, offering further long-term potential development opportunities.

The Bentley oil field is one of the biggest under-developed finds in the area East of Shetland.

Discovered in 1977 by Aberdeen-based Xcite Energy, it was estimated to be able to produce around 300 million barrels of oil using enhanced recovery techniques during a 35-year period.

However, in 2017, Whalsay bought Bentley and the shares of Xcite Energy - which had hit financial trouble - for just $1.

This week's transaction comes via the acquisition of subsidiary, Whalsay Energy, which holds the licence as its only asset.

On completion, EnQuest will fund certain accrued costs and obligations of Whalsay Energy, expected to amount to less than $2m.

EnQuest will make deferred payments to Whalsay based on future revenues generated, which are capped at $40m.

Completion of the transaction is subject to the satisfaction of a number of conditions precedent, including the UK Oil and Gas Authority granting an extension of the existing licence term - which is currently due to expire 30 June 2021 - and the receipt of other third party approvals.

As at 31 December 2019, the date of the most recent audited accounts, Whalsay Energy had gross assets valued at around $95m, consisting primarily of intangible assets representing historic capitalised exploration and evaluation activities on the Bentley licence.

Whalsay Energy recorded a loss before tax of around $72m for that year, primarily resulting from the recognition of an impairment charge against the Bentley licence.

This latest deal follows EnQuest recently buying the Bressay field from Equinor in January for £13m.

It followed this with the $325m purchase of stakes of Canada’s Suncor in the CNOOC-operated Golden Eagle asset.

The company is seeking to replenish a portfolio which has moved into the decommissioning phase. During the last 12 months, it finished drilling on its Thistle, Heather, Alma-Galia and Dons fields.

This time last year, EnQuest insisted it was well positioned to survive on an oil price of as low as $25 a barrel, after a round of cost-cutting.

Its full-year results for 2020, published last month, showed revenue of $856.9m, down from $1.71bn in 2019, with earnings falling to $550.6m from just over $1bn the previous year, reflecting lower year-on-year production and realised oil prices.

At the time, chief executive Amjad Bseisu said: “Our focus on extending the useful lives of existing assets through operational improvements and reducing emissions is well suited to operating through the energy transition and I am confident that EnQuest is well placed to succeed in a changing world.”