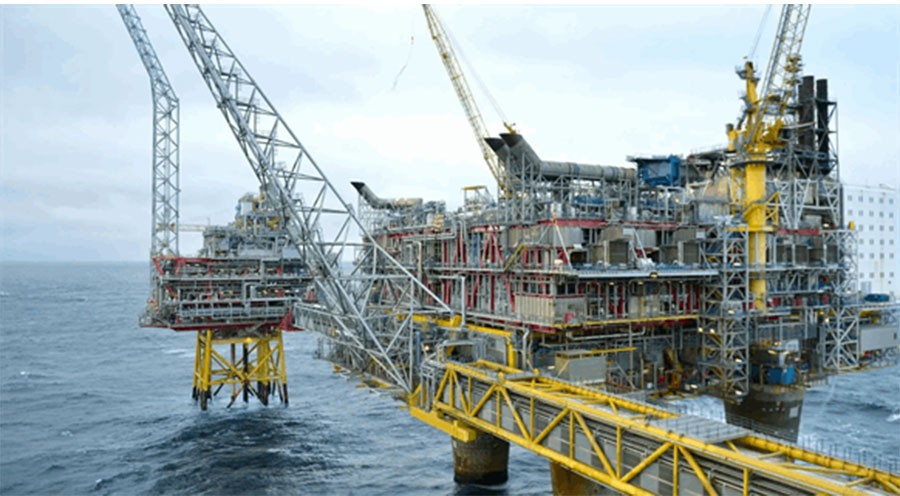 The plan for the Oseberg field was approved by the Ministry of Petroleum and Energy on Thursday, December 1. In November 2021, Equinor submitted an amended application on behalf of the partners in the Oseberg license for the development and operation of the Oseberg-field. The partners will be investing around $1 billion in infrastructure upgrades on the field.

According to Equinor, the installation of two new compressors on the Oseberg Field Centre will make it possible to lower the process pressure on the platform. This means a 54 percent increase in the remaining recoverable gas and oil reserves from Oseberg after 2025. Emissions from Oseberg's production will be cut through partial electrification of the Oseberg Field Centre and Oseberg South platform.

"The production of highly sought-after gas from Oseberg can be maintained at the current high level for several years since we'll be recovering more of the gas. At the same time, we'll be reducing CO2 emissions by about 320,000 tons per year. This project is going to be carried out in close cooperation with competent suppliers, and calculations show that the Norwegian content of the investments will be just over 80 percent," says Trond Bokn, Equinor's senior vice president for project management control.

"This is a big step for Oseberg, going from being one of our largest oil producers to one of our most important gas producers," says Geir Sørtveit, Equinor’s senior vice president for Exploration and production West.

Oseberg is expected to produce 100 billion standard cubic meters of gas between 2022 and 2040. The annual production will be equivalent to the volume of energy from about one-quarter of all Norwegian hydropower production.

It is worth noting that the primary contracts have been awarded to Aibel for new modules and upgrades to Oseberg and Nexans for the delivery and installation of the subsea cable.  Oseberg's overall power need will be 105 MW. Annual consumption is estimated at approx. 0.5 TWh.