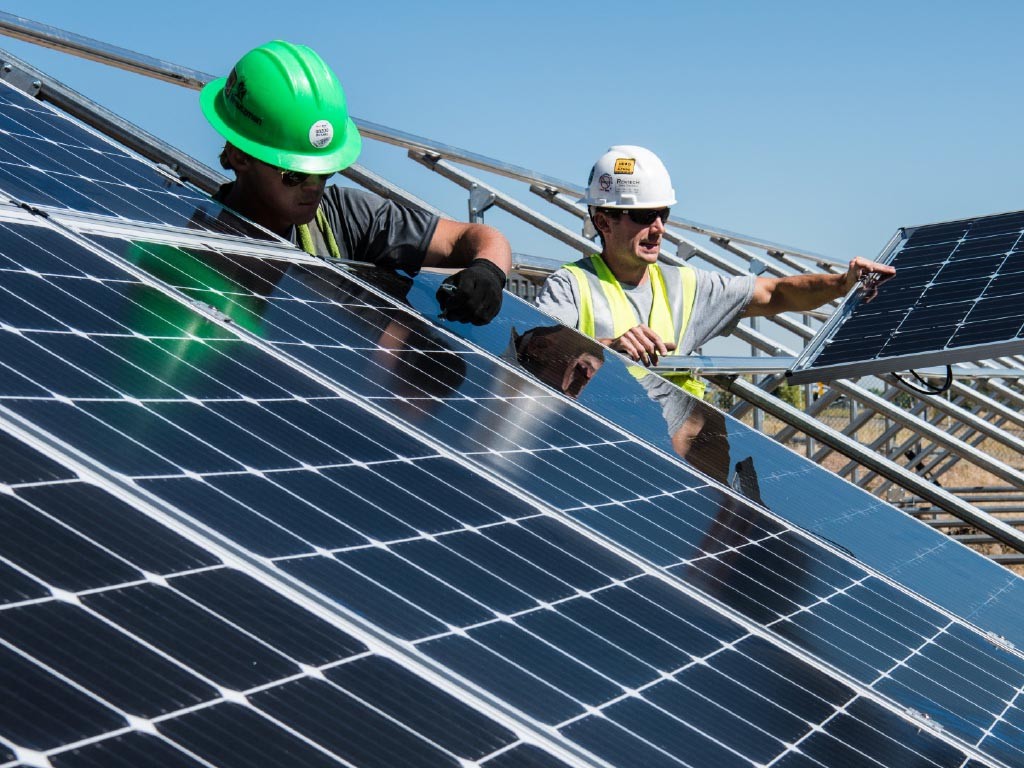 Exporting the UK to a greener future

This month, the UK is hosting the United Nations Climate Change Conference (COP26) in Glasgow, in a "make or break year" to confront the global climate emergency. The recent Intergovernmental Panel on Climate Change (IPCC) report was described by UN Secretary General António Guterres as “code red” for humanity, driving home the reality of what we need to do to avert climate catastrophe – namely, combining forces, with no time for delay.

‘Combining forces’ is precisely what UK Export Finance (UKEF), the UK’s export credit agency, has been focused on over the past few years, supporting businesses across the country to get behind the green energy revolution, connecting them to overseas partners and helping them to export their specialist equipment and world-leading expertise around the world. UK companies have an important role to play in the global transition to a low carbon economy, and there are huge opportunities across the board.

Experts predict that the UK’s low-carbon economy could grow by 11% per year between 2015 and 2030 – four times faster than the rest of the economy – delivering between £60 billion and £170 billion of export sales in goods and services by 2030.  Green trade presents a major economic opportunity for Britain that will drive high-value jobs and deliver sustainable growth.

As Minister for Exports, I look forward to working with businesses supporting the transition to renewables, as boosting green exports and tackling climate change are amongst my top priorities.

And UKEF has made tackling climate change and supporting clean growth industries a top priority. Such has been the scale of support provided to clean and green projects that in 2020 UKEF doubled the amount of support it provided for sustainable projects to £2.4 billion, ranking second for sustainable finance in a global league table of export credit agencies.

This September, UKEF unveiled an ambitious new plan to go net-zero by 2050, through decarbonising its financial portfolio and increasing its support for green exports. The announcement forms part of a wider Climate Change Strategy to increase UKEF support for clean growth and renewable exporters minimising the impact of climate change.

And yet, while many companies are already taking advantage of these opportunities, it can sometimes prove challenging to ensure bids are competitive or to secure the appropriate financing or insurance from the private sector.

For those businesses working in offshore industries, UKEF is uniquely placed to support this shift and speed up the country’s transition away from fossil fuels to low-carbon energy sources.

The offshore oil and gas industry has been a major British industrial success story, and UKEF can help ensure that these livelihoods and communities are protected.

One such example is Aberdeen-based engineering and consultancy firm Wood Group, which benefited from the first ever green transition loan backed by UKEF. The £430 million loan guaranteed by UKEF will help the business to capitalise on opportunities linked to clean energy, hydrogen and decarbonisation.

Alongside the renewable energy projects UKEF has already financed overseas, it is actively seeking out new projects to finance. It has already identified a substantial pipeline which could benefit from UK expertise and has £2 billion of direct lending available to finance them, with the proviso they procure from the UK.

For instance, in the last 18 months, UKEF has supported three major wind farm projects in Taiwan, with £500 million in financing. This has enabled companies like FoundOcean, a construction company based in Livingston, secure a contract to supply the grout for the foundations of a 100-turbine offshore wind farm off the coast of Taiwan. With that contract in place, 80% of FoundOcean’s revenue now comes from renewable projects, and this project created 30 new jobs in the local area.

Almost every year since 1995, world leaders have met at COP26 to discuss the global response to the climate crisis. As hosts of this year’s summit, all eyes will be looking at what the UK is doing to tackle climate change. UKEF’s net-zero pledge demonstrates the UK’s climate leadership and, I hope, is an example for other countries to follow suit. Meanwhile, its world-leading financial products will help British businesses capture billions of pounds worth of foreign deals, boost green exports and give hope that global temperatures can be kept in check.

Bridging the gap information between the real and virtual worlds

Why framework agreements are fabulous