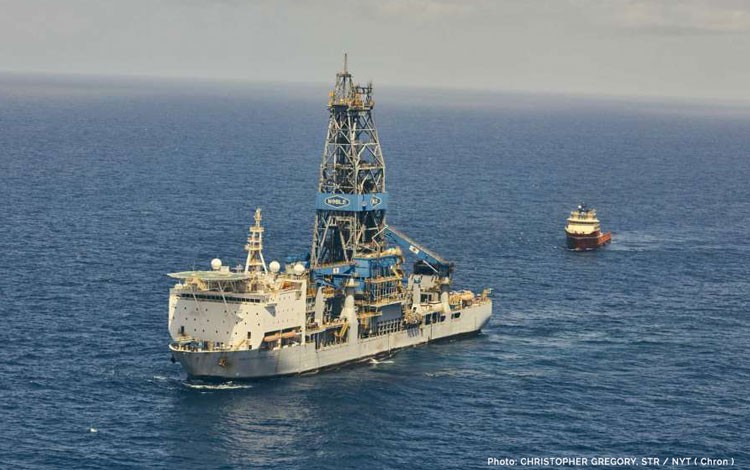 Exxon Mobil said Thursday it made its 13th oil discovery offshore of Guyana, increasing its rapidly rising tally of finds near the tiny South American nation.

The new Yallowtail-1 well discovery comes in the Turbot area of what's known as the potentially prolific Stabroek Block offshore of Guyana that Exxon Mobil is exploring with its New York-based partner, Hess Corp. Exxon made its 11th and 12th Guyana discoveries in the same Turbot region earlier this year.

In recent months, Irving-based Exxon and Hess have increased their reserve estimates offshore of Guyana from 4 billion barrels of oil equivalent to about 5.5 billion barrels. This new discovery only adds to the running total, they said.

"Our success here can be attributed to our industry-leading upstream capabilities, the strength of our partnerships and our ongoing commitment to growing Guyana's offshore potential," said Mike Cousins, senior vice president of Exxon Mobil exploration and new ventures.

Guyana's neighbor, Venezuela, has the largest proved in reserves in the world in its offshore waters. But Venezuela is embroiled in an ongoing geopolitical and economic mess, including the cratering of its oil industry. So Exxon Mobil has bet on its tiny South America neighbor to have similar offshore potential, although there are some offshore territorial disputes between the two nations.

In late December, Exxon Mobil abruptly halted some of its seismic data gathering activities offshore of Guyana - but nearer to the Venezuelan border - when a contracted vessel fled after being confronted by the Venezuelan navy. However, the incident didn't slow Exxon's drilling activities.

Exxon said it sees the potential for at least five floating, production storage and offloading vessels, or FPSO vessels, on the Stabroek Block producing more than 750,000 barrels of oil per day by 2025. The initial Liza Phase 1 development is progressing on schedule with Noble's Bob Douglas drillship and it is expected to begin producing up to 120,000 barrels of oil per day in early 2020 with the new Liza Destiny FPSO.

Exxon said it is evaluating whether to bring a fourth contracted drillship to Guyana.

Exxon is expected to sanction Liza Phase 2 in the coming weeks with an expected to startup by mid-2022. A third development, Payara, also is expected in 2019 with a startup scheduled for 2023.

Exxon owns a leading 45 percent stake in the project with Hess controlling 30 percent. The remaining 25 percent is owned by the China National Offshore Oil Corp., known as CNOOC.