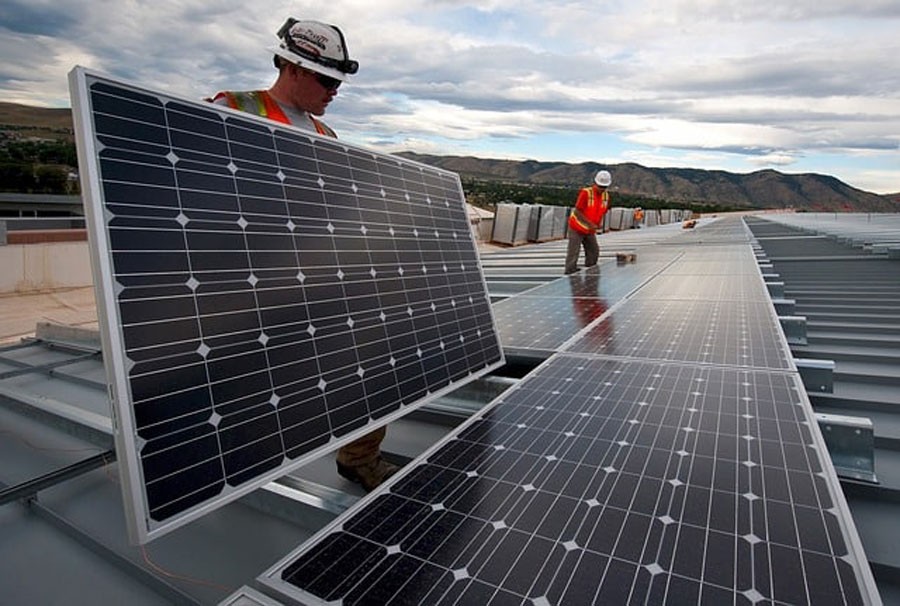 Schools, hospitals, leisure centres and historic town halls could be among hundreds of public buildings across England to receive energy efficiency upgrades, helping to slash energy bills and save taxpayers millions of pounds each year.

Up to £635 million of government funding will be made available to public sector organisations so they can install low carbon heating, such as heat pumps, and energy efficiency measures including double glazing and loft insulation.

The funding is available through the Public Sector Decarbonisation Scheme with organisations such as NHS Trusts, schools and local authorities able to apply for grants from September. Public sector bodies and taxpayers are expected to save an average of £650 million per year on energy bills over the next 15 years.

Upgrades are already under way through earlier rounds of the scheme, with 734 grants awarded to public sector organisations across England so far and Phase 1 alone supporting up to 30,000 jobs in the clean heating and energy efficiency sectors.

“We are already delivering upgrades to hundreds of public buildings across England, making them cheaper to run and saving taxpayers millions of pounds each year.

“By helping even more public sector bodies ditch costly fossil fuels, we are taking an important step towards a more sustainable future while driving economic growth across the country and continuing to support tens of thousands of jobs.”

Installing low carbon heating systems, powered by cleaner, cheaper, renewable energy, will allow organisations to cut their use of costly fossil fuels where prices are being pushed up by pressures on global energy markets. It will support thousands of jobs, and also save taxpayers’ money as measures will ensure public buildings are cheaper to heat.

The Public Sector Decarbonisation Scheme supports the aim of reducing emissions from public sector buildings by 75%, compared to 2017 levels, by 2037 - with guidance on how to apply for funding published today.

This funding round of up to £635m is the second part of an overall £1.425 billion due to be allocated through the Public Sector Decarbonisation Scheme between 2022 and 2025.

Birmingham Women’s and Children’s NHS Foundation Trust was awarded more than £50 million to install clean heating and energy efficiency measures in their hospitals and the Royal Botanic Gardens, Kew was awarded over £4.4 million to decarbonise the Grade II listed Nash Conservatory and Jodrell Laboratory.

The funding is part of the £6.6 billion the Government is investing this parliament to cut fossil fuel use and emissions from buildings including households, whilst creating high wage, high skill jobs. This includes over £2 billion aimed specifically at decarbonising lower-income households and saving people money on their energy bills.

The Public Sector Decarbonisation Scheme is delivered on behalf of the government by Salix Finance.

“There is no time like the present to push forward with the decarbonisation agenda as our country must meet its ambitious targets to reduce our carbon footprint and reduce our consumption of very costly energy.

“Salix are proud to work delivering projects which transform public sector buildings. This vital work is driving down our carbon footprint and making these buildings better places for people to work in and for the public to use, as well as saving money for the taxpayer.”