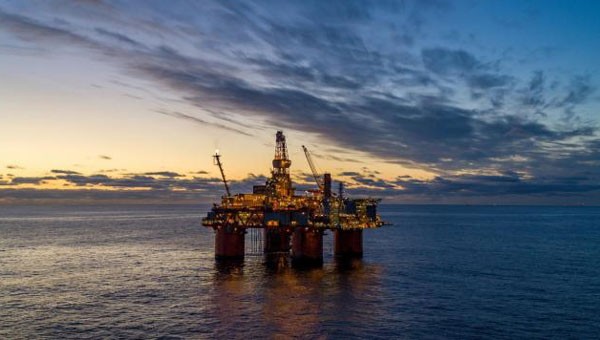 North Sea-focused Deltic Energy has received a boost after Royal Dutch Shell showed renewed interest in a prospect that it brought to the oil giant’s attention.

Deltic turned heads in the industry last year when Shell decided to buy in to acreage containing the Pensacola prospect – but then found the plunge in oil and gas prices triggered by coronavirus posed challenges.

With firms that operate in the North Sea cutting investments to save cash, exploration budgets in the area are expected to be slashed.

However, Deltic said yesterday that Shell had reiterated to the company and the regulator that it plans to drill a well on Pensacola.

This remains scheduled to be drilled in the last quarter of 2021.

The announcement highlights the role that relatively small oil and gas firms have played in supporting flagging exploration activity in the North Sea.

Deltic spotted the potential of the acreage containing Pensacola during the downturn that followed the fall in the oil price from 2014 to 2016.

Describing the planned Pensacola well as high impact, Deltic said it had the potential to open up a new play, or hydrocarbon-bearing zone.

Deltic’s chief executive Graham Swindells said yesterday that recent work on Pensacola had only increased the company’s excitement about a North Sea play that is proven in many parts of Europe.

Shell also plans to drill a well on the Selene prospect with Deltic.

In August, Deltic said the results of an analysis completed with Shell suggested the Selene find contained much more gas than had been thought.

However, Deltic noted yesterday that the completion of seismic processing work on Pensacola has been impacted by logistical restrictions associated with the coronavirus crisis.

The partners have been granted an extension to the deadline for making a final decision about drilling on Pensacola to March 31, 2021, from December 1 this year.