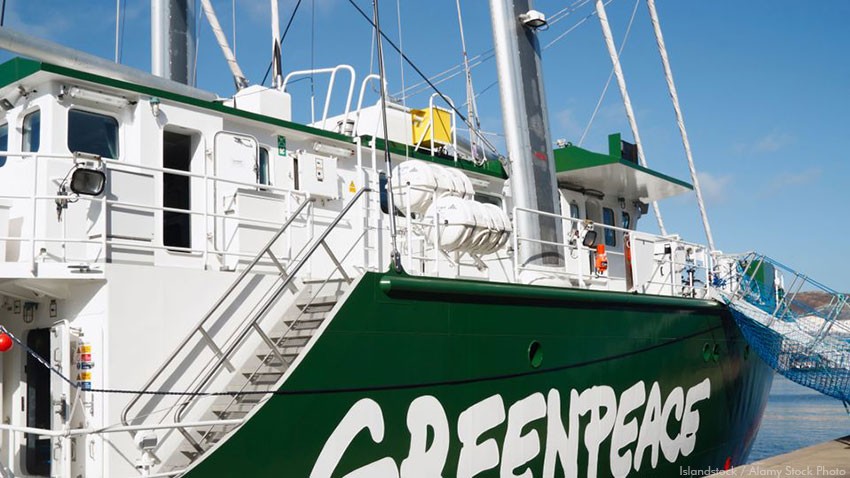 A legal challenge from Greenpeace against the UK Government decision to grant an oil and gas drilling permit is to be heard in the Edinburgh court of session today.

It's the first time an offshore oil permit has ever been challenged in court - with the climate activists claiming the Government failed to check what the environmental impact would be from granting a license to BP.

The case relates to the Vorlich Oil field - which sits 241km east of the North East coast of Aberdeen - but could have a knock-on impact for the highly controversial Cambo field off Shetland.

It's estimated up to 30 Million barrels of oil could be extracted from the field.

Greenpeace claim victory for them would "cause much embarrassment for the government" just two months before global climate talks in Glasgow, with Cop26 taking place in the City.

Mel Evans, head of oil and gas transition at Greenpeace UK, said: “It’s outrageous that the UK government routinely rubber stamps oil permits - like this one and the proposed permit for Cambo - while completely ignoring the climate impact, which causes extreme weather and deaths.

“We hope the judge will agree that legally this cannot be allowed to happen. It makes no sense for the government to overlook the most harmful consequences of oil and gas when making these decisions.

“We are two months away from hosting global climate talks, and we’re at code red for humanity. BP’s permit must be revoked, and Cambo must be stopped. By setting a clear path to phasedown oil and gas the UK government must then properly support workers and communities through the energy transition.”

“However, whilst the UK’s reliance on fossil fuels continues to fall, advice from the independent Climate Change Committee is that we cannot have a cliff-edge where oil and gas are abandoned overnight as the sector has a key role to play in our electricity supply, in providing local jobs, and in supporting the production of everyday essentials like medicines.

“Without a domestic source of oil and gas while we gradually transition to a low carbon future, the UK would be even more reliant on imports from other countries.”