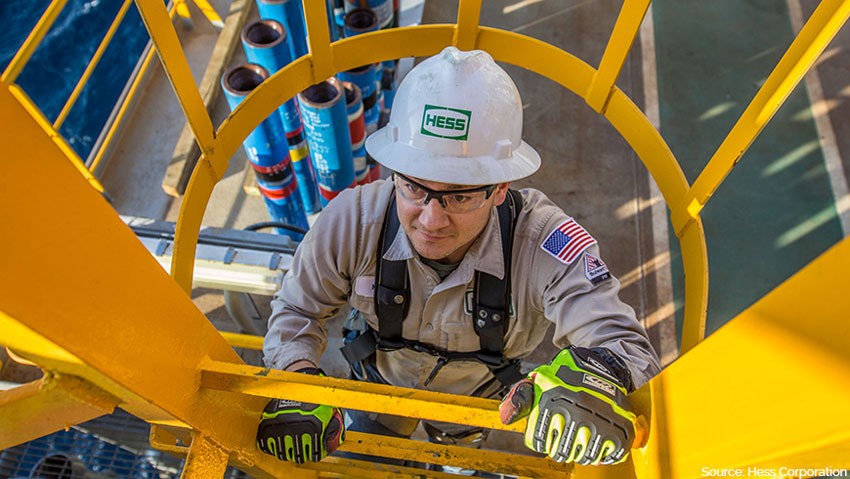 Hess Corporation today announced another oil discovery offshore Guyana at the Uaru well, the 16th discovery on the Stabroek Block. The company also announced an increase in the estimated gross discovered recoverable resources for the block to more than 8 billion barrels of oil equivalent, up from the previous estimate of 6 billion barrels of oil equivalent.

CEO John Hess said: “We are pleased to have another significant oil discovery on the Stabroek Block at Uaru. Previous discoveries on the block including recent high quality finds at Tripletail and Mako underpin a significant increase in estimated gross discovered recoverable resources for current and future developments. We also continue to see multibillion barrels of additional exploration potential remaining.”

Oil production from Liza Phase 1 commenced on Dec. 20, 2019 and is currently ramping up. It is expected to reach its full production capacity of 120,000 gross barrels of oil per day in the coming months, utilizing the Liza Destiny floating production storage and offloading vessel (FPSO).

The Liza Unity FPSO will be employed for the second phase of the Liza development and will have a production capacity of 220,000 gross barrels of oil per day. Liza Unity is under construction and expected to start production by mid 2022.

Pending government approvals and project sanctioning, production from a third development at the Payara field, located north of the Liza discoveries, could start as early as 2023, reaching an estimated 220,000 gross barrels of oil per day.

Four drillships in Guyana continue to explore and appraise new resources as well as develop the resources within approved projects. A fifth drillship is expected to be deployed later this year.

The Stabroek Block is 6.6 million acres. At least five FPSOs are expected to be producing more than 750,000 gross barrels of oil per day from the block by 2025.