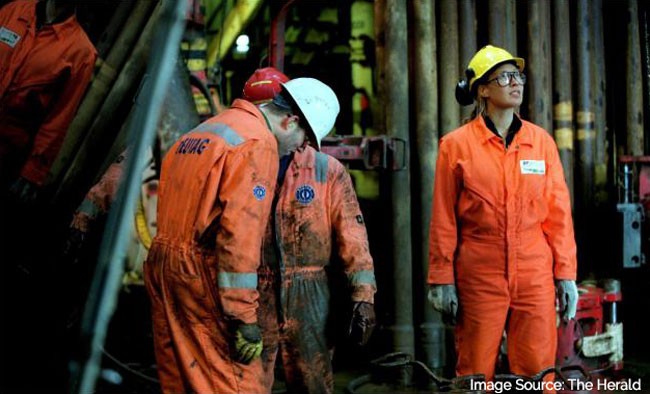 CHEVRON’s decision to sell a big North Sea portfolio to Ithaca Energy for $2billion (£1.6bn) provides fresh evidence some US giants are losing interest in the area.

However, as Ithaca is owned by Israel’s Delek group, the deal also shows that other international players see potential in what is considered to be a mature area.

Coming soon after ConocoPhillips agreed to sell its North Sea business to Chrysaor for $2.7bn, Chevron’s decision reflects American giants’ growing enthusiasm for the shale fields of the US. They expect to generate higher returns from these than can be achieved operating off Scotland.

BP and Royal Dutch Shell have sold North Sea assets in recent years while trying to focus investment on what they saw as the best long term prospects.

Amid the crude price plunge from 2014 to early 2016 there were more sellers than buyers in the North Sea.

But with the oil price rallying in recent months competition for deals has started to intensify.

It has become apparent big industry players and international financiers alike believe there is good money to be made in the North Sea.

Delek bought Ithaca in a £1bn deal in 2017 to help internationalise its oil and gas operations.

London-based Premier Oil is thought to have bid for the Chevron portfolio, with the Apollo investment firm.

Other financial heavyweights have committed billions to backing Chrysaor’s growth push, which started in 2017 with a deal to acquire a big package of North Sea assets from Shell for up to $3.8bn.