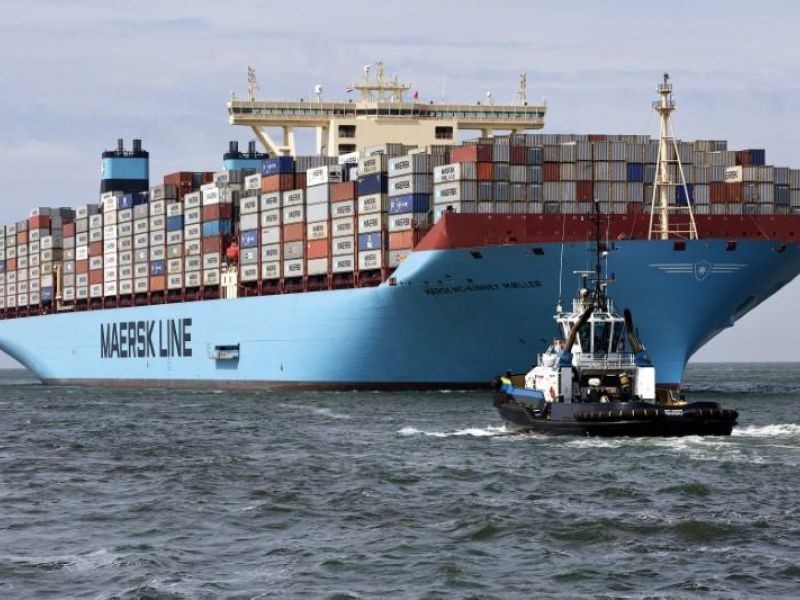 Danish shipping company A.P. Moller-Maersk said on Friday it would spin off its offshore drilling operation and list it in Copenhagen next year as it focuses entirely on transport and logistics.

The Danish company, which cut its full-year profit outlook this month, last year sold Maersk Oil to French oil major Total TOTF.PA in a $7.5 billion deal as part of its restructuring.

As part of the sale of the oil unit, Maersk in March took a 3.7 percent stake, or 97.5 million shares, in Total. It sold stock worth $1.2 billion in July, leaving it with 78.3 million Total shares, Maersk said.

Following the demerger of Maersk Drilling, a "material part" of its remaining shares in Total will be distributed to shareholders, Maersk said.

Having evaluated different options for the unit, "Maersk has concluded that Maersk Drilling as a stand-alone company presents the most optimal and long-term prospects for its shareholders," it said.

Maersk also said it had secured debt financing of $1.5 billion from a consortium of international banks "to ensure a strong capital structure after a listing". Maersk has been at risk of having its credit rating downgraded.

An outright sale of the unit has been made difficult by an oversupplied drilling rig market, which has not yet recovered despite a recent gain in oil prices.

However, Maersk said on Friday global rig demand continues to rise, albeit at a slow pace, while oversupply still keeps utilisation rates at a moderate level.