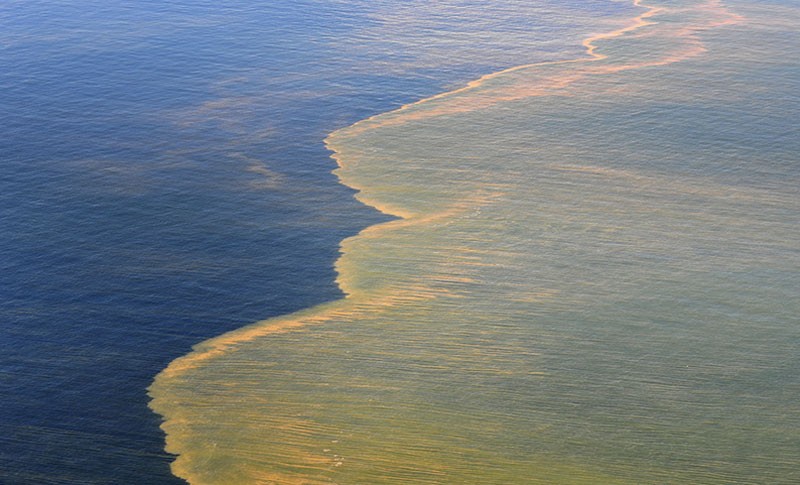 MOL apologizes after 1,000 tons of oil spilled off Mauritius

A Japanese shipping company giant has apologized after a cargo vessel it had chartered leaked more than 1,000 tons of heavy oil into the emerald-green ocean off Mauritius after running aground.

At a news conference in Tokyo on Aug. 9, Mitsui O.S.K. Lines (MOL) apologized for damage done to the environment and local tourism of the African island nation.

The oil spill “will affect the environment significantly, and we have taken the (accident) very seriously,” Ono said.

The company plans to send a response team and personnel to the accident site.

A local clean-up operation is already under way but MOL said the end of the effort is nowhere in sight.

The Wakashio, a 300-meter long cargo ship owned by Nagashiki Shipping Co. in Okayama Prefecture, slammed into the rocks and ran aground in the India Ocean on July 25.

One of the vessel's three tanks that contained 1,180 tons of heavy oil for fuel was damaged and began leaking its contents into the ocean on Aug. 6.

Only about 50 tons have been recovered from the tank. The rest appears to have spilled into the ocean, MOL said.

The company is investigating the cause of the accident, but the ship likely got too close to the shallow waters off the coast of the island due to tidal waves and strong winds, MOL officials said.

The surrounding ocean area is known as a precious habitat for wild birds.

Oil fences to prevent the spill from spreading farther have been set up in the area.

Mauritius, located in southeastern Africa, has a population of about 1.3 million. The majority of its residents are descendants of immigrants from India.

The area of the nation is almost equal to the size of Tokyo. Sugar cane fields cover most of the island, except for the capital, Port Louis, and other urban areas.

Mauritius is a popular resort destination for tourists, known for its pristine ocean waters and coral reefs.

A man who works at a restaurant in an area about 2 kilometers from the spill site said on the phone that the oil reached an area popular with locals and visitors for swimming.

Entry to beach areas has been restricted for the work to mitigate the environmental damage from the spill.

In 1997, the Russian tanker Nakhodka spilled about 6,200 tons of heavy oil into the Sea of Japan.

The scale of the spill off Mauritius is about one-sixth that of the Nakhodka accident.