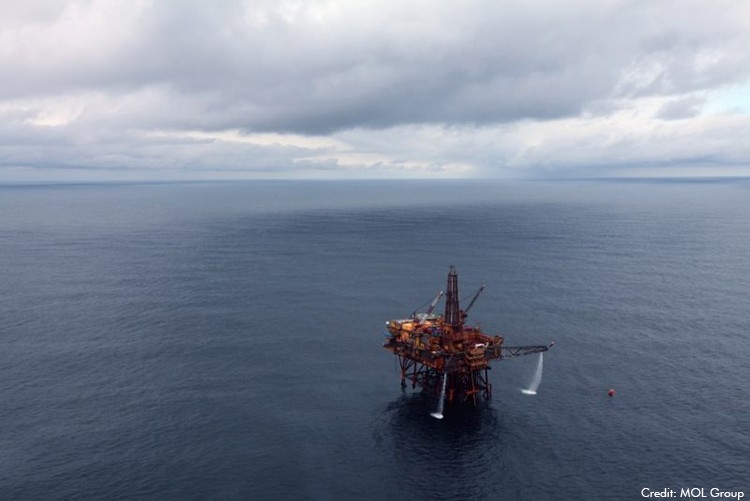 MOL Norge and partners have discovered oil and gas in an offshore field in the Norwegian North Sea.

The MOL Group subsidiary made the discoveries in production licence PL820S at the Evra and Iving exploration well, which includes the 25/8-19 S well and two sidetracks.

MOL Norge operates the PL820S licence with a 40% working interest. Other partners include Lundin Norway AS (40%), Wintershall Dea (10%) and Pandion Energy (10%).

The exploration well was drilled close to the Balder and Ringhorne field in the central North Sea, which is around 200km west of Stavanger, Norway.

Drilled to a depth of 2,652m below sea level, the well discovered oil and gas in various formations, and was tested for 3,463 barrels of oil equivalent per day (boe/d).

The potential resources discovered in the main formation during the preliminary evaluation are between 12 and 71 million barrels of oil and gas equivalent (MMboe) with light oil at API 40° gravity.

According to MOL, the main borehole and two side tracks were drilled in 126m of water.

Following additional technical work, the company will decide whether the discovery is commercially viable.

In November 2019, MOL Group signed an agreement with Chevron Global Ventures and Chevron BTC Pipeline to acquire their non-operated E&P and midstream interests in Azerbaijan for $1.57bn.

In the same month, the company awarded a contract to Maersk Drilling for exploration drilling on production licence PL617 in the Southern North Sea using a Maersk Interceptor jack-up rig.