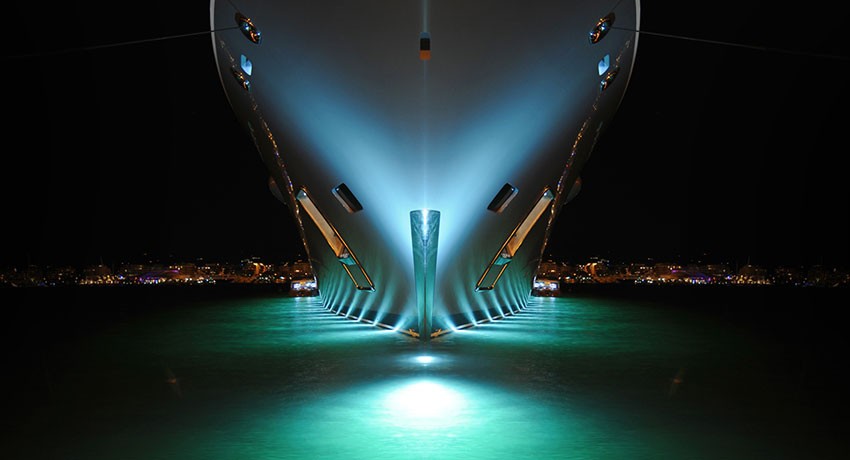 Sentinel Intruder Detection Sonar (IDS) will provide security personnel on the unnamed vessel with a clear and early warning of any underwater threats, such as divers, swimmers and drones, approaching the yacht or entering a restricted area, ensuring owner, guest and crew safety and privacy.

Sonardyne’s Sentinel is the most widely deployed commercial off-the-shelf (COTS) underwater IDS technology on the market, with a proven ability to recognise genuine targets with intent and non-threats, such as large fish or pleasure craft, in a wide range of operational environments.

Suitable for both permanent and temporary vessel installation, Sentinel detects, tracks and classifies underwater threats  around 1 mile away (up to 1.5 km) range to provide a rapidly deployable perimeter intrusion capability to help safeguard large private yachts when at anchor or berthed in a marina.  It is also regularly supplied to protect busy commercial ports, naval bases, VIP waterside residences and critical national infrastructure facilities including power stations and desalination plants.

Frankentek, based in Medford, New Jersey, has over 30 years of experience working with owners’ representatives, designers, shipyards and system integrators to deliver, install and support bespoke security installations for the international superyacht community.

Marc Franken, the company’s president, says, “From our experience with all brands of sonar-based diver detection systems, we have the most confidence with Sonardyne’s Sentinel IDS. This is experience that has been proven on other build projects that we have done, as well as diver tests we’ve witnessed.”

Dan Zatezalo, Technical Sales Manager – US Maritime and Defense, at Sonardyne Inc. in Houston, says, “There’s a tendency to think of private yacht security only in terms of above-the-water solutions such as CCTV, lighting, access control and personnel. But this is an oversight, as the threat from under the water, be it someone with scuba equipment or controlling a drone, is as great - if not greater, than someone approaching in a yacht in a small RIB. That’s where Sentinel comes in.  It reliably detects underwater intruders in real-time at long range providing ample time for security personnel to react. With more than 150 systems installed worldwide and an unrivalled reputation, it is the undisputed leader in the field.”

You can view this release online here.