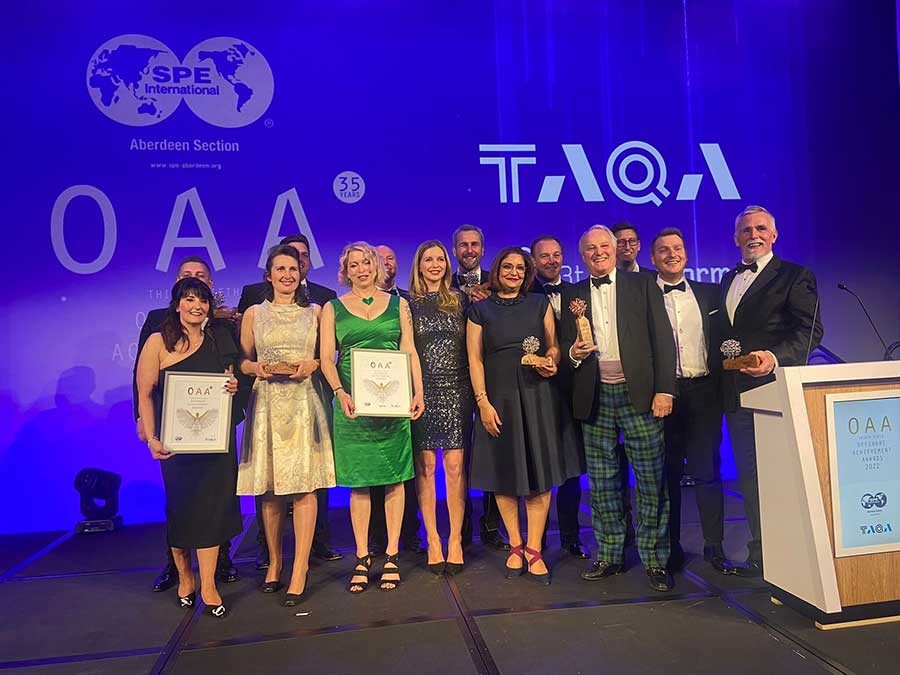 Nominations for the prestigious 2023 Offshore Achievement Awards (OAA) are now open with a new award line up to bring an unmatched level of recognition to the industry.

The ‘Exceptional Impact Company – SME’ award, previously named the ‘Great Company’ award, has been re-introduced this year to recognise SMEs who have been “punching above their weight” and who have achieved exceptional things in the industry.

The ‘Diversity and Inclusion’ category was introduced last year and received a wide range of entries which recognised excellence in developing and implementing policies, systems and practices that seek to nurture and support diversity and inclusivity in the offshore energy sector.

Last year’s ‘Young Professional’ award, sponsored by Harbour Energy once again saw the highest number of entries and is expected to be a popular award category this year, giving the sector confidence in future talent making their mark.

Kenny McAllister, chair of the Offshore Achievement Awards organising committee says, “At a time when the energy industry is so prevalent in the national discourse, we look forward to the 36th Offshore Achievement Awards when we recognise commitment to the industry and advancement of technologies, as individuals and organisations strive to innovate. The awards evolve with the industry, and it felt timely to introduce two new award categories this year to recognise the commitment to net zero and the energy transition as we continue to move forward and support each other on the journey.

It continues to be an exceptionally busy year for the industry and the OAA committee encourages individuals and organisations to step forward and be recognised.

I would also like to take the opportunity to thank principal sponsor TAQA, who continue to support the awards and welcome and thank EnergyVoice as our media partner for 2023.”

The OAAs remain a not-for-profit event, with any surplus generated from sponsorship and table sales directly invested back into events and initiatives organised by SPE Aberdeen to promote STEM subjects and support future generations. Activities supported by the SPE Aberdeen Section include student bursaries, CV workshops, TechFest and Space to Energy.

Entries are now open until 18th November 2022, with finalists announced in January 2023. Entries are open to all UK-registered companies within the oil & gas and renewables sectors – categories, criteria and application forms are available at www.spe-oaa.org. Winners will be announced at a black-tie ceremony compered by television presenter Rachel Riley on 16th March 2023 at the P&J Live in Aberdeen.