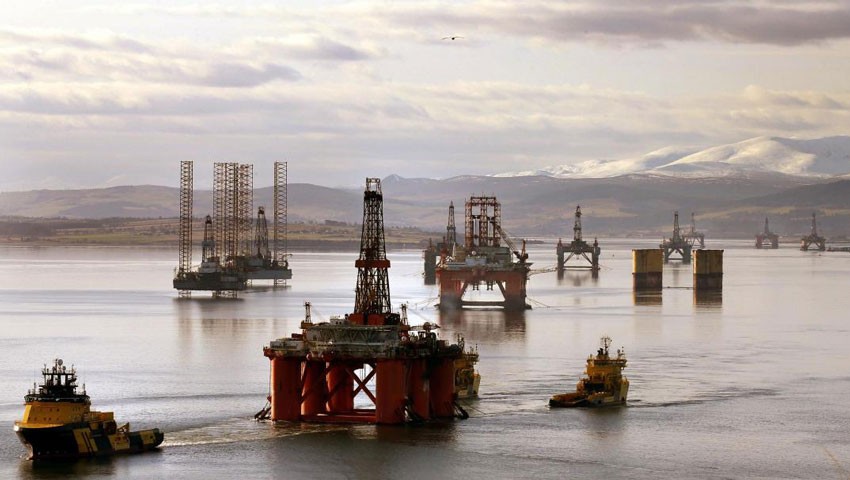 Royal Dutch Shell PLC provided the truly heavyweight news in the oil & gas sector this week, by revealing it is to maintain its downgraded dividend as the crude oil price trough continues to squeeze its financial performance.

Shell announced a second-quarter dividend of 16 cent per share, in-line with the 65% reduction seen in the first quarter.

It came as the FTSE 100-listed Anglo0-Dutch giant reported an IFRS earnings loss of US$18.1bn, whilst adjusted earnings were marked in positive territory, at US$638mln. The quarterly results included some US$16.8bn of impairment charges triggered by lower crude price and margin forecasting - with US$8.2bn written-off in integrated gas, US$4.7bn written-off in upstream, US$4bn in oil products, and US$5mln in corporate.

Shell described the results as ‘robust’ and noted that it was on track to deliver its cost-cutting targets. It axed US$1.1bn off the underlying OPEX bill compared to the preceding quarter, delivering on the US$3bn to US$4bn targeted for the year.

On the second line, Tullow Oil PLC revealed it will make between US$1.4bn and US$1.7bn of write-offs when it releases its half-yearly results in September.

The oiler, in a trading update, said the pending write-offs will be the result of lower forecasts and a downgraded long-term view of crude oil prices.

Tullow, meanwhile, reported production in-line with expectations, averaging 77,700 barrels of oil per day (bopd) in the first six months of 2020, despite the impacts of the coronavirus (COVID-19) pandemic.

Cairn Energy PLC announced on Monday that it has agreed to sell its offshore Senegal assets to LUKOIL for US$400mln in cash.

The deal is for Cairn’s 40% interest in the RSSD (Rufisque Offshore, Sangomar Offshore and Sangomar Deep Offshore) contract area which is host to the Sangomar discovery which is to be Senegal’s first oil field development.

It sees Cairn receive US$300mln upfront and a further contingent US$100mln linked to Sangomar’s ’first oil’ and the average oil price in the first six months of production. Once complete, Cairn is to immediately return US$250mln of the proceeds to shareholders via a special dividend.

Cairn highlighted to investors that the disposal removes its exposure to significant field development spending over the next four years, as well as strengthening its balance sheet and creating flexibility for future investment and growth.

Also among the mid-cap oilers, on Friday EnQuest PLC announced a sale and purchase agreement with Equinor for a 40.81% equity interest in the UK offshore Bressay oil field.

The oil and gas producer will pay £2.2mln payable as a carry against 50% of Equinor's net share of costs of the northern North Sea field, as well as a contingent payment of US$15mln when the authorities approve the development of the project.

Under the terms of the deal, EnQuest becomes operator of the licences following the plugging and abandonment of the 3/28-1 well by Equinor.

Hurricane said there is no evidence of the prior performance issues which led to the 205/21a-7z well being suspended.

On the mainland, Union Jack Oil PLC said its deal to acquire an extra 3% of the Biscathorpe oil project in Lincolnshire has been given the greenlight from regulator Oil & Gas UK.

Once completed, the AIM-quoted company will own a 30% interest in the asset ahead of planned work programmes.

"We are pleased to complete this transaction, following which the company will hold a meaningful 30% interest in what we consider to be a key, potentially high-impact project within our well balanced portfolio,” David Bramhill, executive chairman of Union Jack said in a statement.

Further afield, on Thursday Genel Energy PLC told investors that DNO, as project operator, has confirmed production averaged 102,000 barrels of oil per day (bopd) from the Tawke licence assets in Kurdistan during the second quarter of 2020.

The licence, 25% owned by Genel, comprises the Tawke and Peshkabir oil fields, which produced at 58,100 bopd and 43,900 bopd respectively over the three-month period. This marked an 11% decline amidst halted development activity, to conserve cash as crude prices saw volatility.

In June, after crude prices stabilised, the Tawke field’s well intervention programme was fast-tracked to quickly add 15,000 bopd – lifting the licence average to 115,000 bopd in the month of July.

Earlier in the week, Genel confirmed it had received just under US$10mln in payments from the Kurdistan Regional Government for oil sales in the month of June.

The Taq Taq field partners received a gross payment of US$4.5mln, which sees Genel receive a net share of US$2.4mln.

For the Tawke operation, the partners received US$30.2mln gross resulting in a net payment to Genel of US$7.4mln

There were also two updates this week from ADM Energy PLC. On Thursday the firm announced the appointment of a former UK Government Minister for Africa, Sir Henry Bellingham as a non-executive director of the company with immediate effect.

The oil and gas investing company noted that, in a distinguished Parliamentary career of almost 40 years, Bellingham held a number of other senior positions including Foreign Office Minister for The UN, Caribbean, Overseas Territories and Conflict Issues; chairman of the Westminster Foundation for Democracy; chairman of the All-Party Group on the Commonwealth; and the Prime Minister`s Trade Envoy to Libya.

In addition to his Parliamentary career, he has held several non-executive roles on AIM companies and, until recently, was non-executive chairman of Pathfinder Minerals PLC since 2014.

Then on Friday, ADM Energy announced the appointment of REYL Group to support the company with the development and financing of energy projects in Nigeria and West Africa.

The natural resources investing company noted that REYL Group is a Geneva-based banking group that manages assets in excess of 13.5 billion Swiss francs.

It said REYL Group will advise ADM on financing structures for future projects including the acquisition of the interest in OML113 from EER (Colobus) Nigeria Limited, announced on February 24, 2020, and any follow-on agreements with Trafigura Pte Ltd under the memorandum of understanding (MOU) signed on February 3, 2020.

Meanwhile, Mosman Oil And Gas Ltd shares advanced on Tuesday as it told investors that site works have commenced for the planned Falcon-1 well, in Texas.

The company described the site work as a relatively simple operation - adding a drill pad to an existing access road - and the drill operation remains on schedule.

At the same time, at the Greater Stanley project, the operator is ready to start a workover of the Duff well as soon as it receives approval from the authorities.

Plexus Holdings PLC told investors this week that it has received a new order for its POS-GRIP surface production wellhead system, with Centrica PLC backed Spirit Energy taking the equipment for a new gas well in the UK North Sea.

Spirit will receive the 5,000psi leak proof metal-to-metal sealing surface production wellhead and associated spares and equipment for the new gas well. It is slated for delivery in February 2021

It is the second order received from Spirit and notably, it is the company’s first new business win since the coronavirus (COVID-19) pandemic struck.

Tower Resources PLC on Wednesday noted an announcement by Global Petroleum Ltd of updated prospective resource estimates in respect of its license PEL 94, covering block 2011A, which is immediately to the south of Tower's block 1911.

Global Petroleum estimates that its Welwitschia Deep Albian carbonate prospect has best estimate unrisked gross prospective resources of 671mln barrels of oil, with a geological chance of success of 17%.

Tower observed that this figure corresponds to the portion of the prospect on block 2011A, and noted that approximately 25% of the Welwitschia structure lies in block 1911, which is covered by Tower's license PEL 96.

And Enteq Upstream PLC has agreed to team up with Black Gold Research (BGR) to develop and sell a high-speed telemetry system, to improve drill efficiency and geo-steering.

The company, in a statement, noted that BGR has a worldwide reputation for developing innovative solutions in the field of electro-magnetics,  sensors, measurements and transmission systems.

Enteq said the co-operation will ‘bring together expertise’ to commercialise a current BGR project.