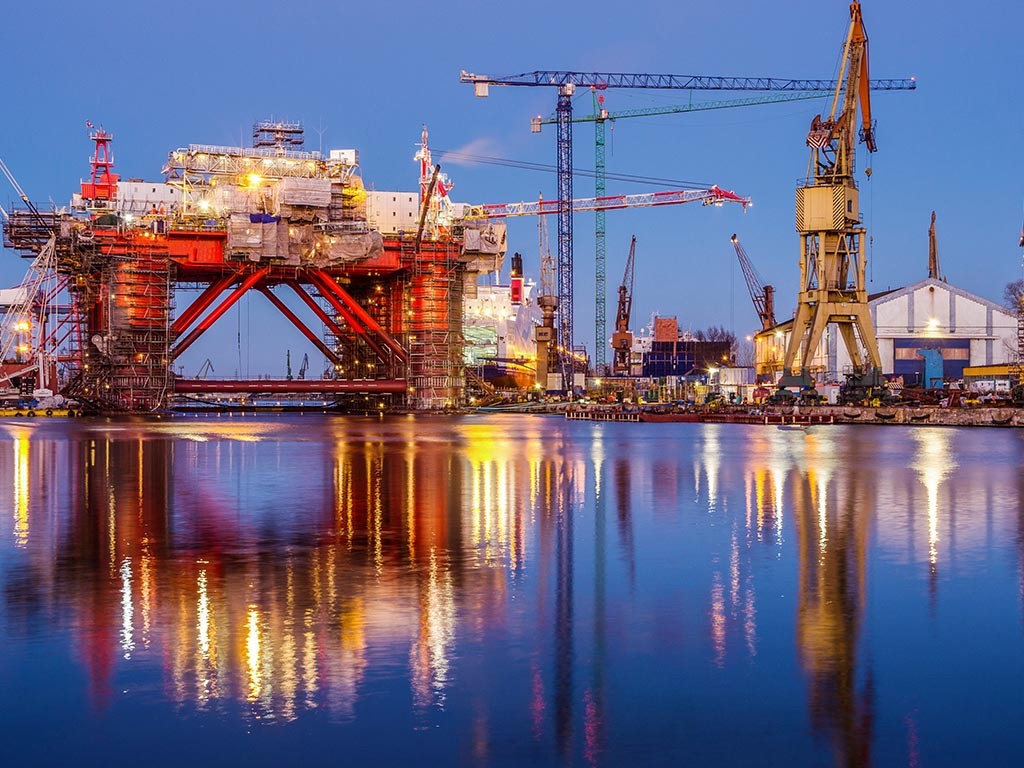 New discoveries, developments, and divestment in oil and gas, the suspension of the certification of the Nord Stream gas pipeline in Germany, Shell moving from the Netherlands to the UK, Scotland’s hydrogen strategy, and many agreements for development of low-carbon energy sources were the highlights in Europe’s energy sector in November.

Germany suspended on 16 November the process of certification of the Nord Stream 2 gas pipeline. The Federal Network Agency of Germany, Bundesnetzagentur, said it suspended the procedure to certify Nord Stream 2 AG as an independent transmission operator until an operator of the pipeline in Germany is incorporated under German law. The suspension delays by at least a few weeks the completion of certification and the potential increase of gas supply from Russia to Europe that would come with the start of gas flows via Nord Stream 2.

Shell said it plans to drop ‘Royal Dutch’ from its name, move its tax residence to the country of incorporation in the UK, simplify its share structure to a single line of shares simpler for investors to understand and value, and move its CEO and CFO to the UK.

“The simplification will normalise our share structure under the tax and legal jurisdictions of a single country and make us more competitive. As a result, Shell will be better positioned to seize opportunities and play a leading role in the energy transition,” Shell’s Chair, Sir Andrew Mackenzie, said about the move, which is pending shareholder approval on 10 December.

Equinor, together with partners PGNiG Upstream Norway and Longboat Energy Norway, announced an oil discovery of 19-62 million barrels in exploration well 6407 / 1-9 - Egyptian Vulture in the Norwegian Sea. The discovery, announced on 1 November, is the sixth Equinor has made on the Norwegian shelf so far this year.

On behalf of the Wisting licence partners, Equinor signed later in November a contract with Aker Solutions for front-end engineering and design (FEED) of a floating production and storage vessel (FPSO) for the Wisting field, a standalone field development in the Barents Sea containing close to 500 million barrels of oil equivalent.

Neptune Energy has signed agreements with OKEA ASA and M Vest Energy AS whereby Neptune will divest its non-operated working interests in three producing fields and two export pipelines offshore Norway. The asset stakes Neptune is divesting include the producing Draugen, Brage, and Ivar Aasen fields, as well as the Edvard Grieg Oil Pipeline and the Utsira High Gas Pipeline.

The Scottish government unveiled its Hydrogen action plan, detailing the actions Scotland plans to take over the next five years to support the development of a hydrogen economy to contribute to the reduction of greenhouse gas emissions from Scotland’s energy system while ensuring a just transition. Scotland committed £100 million of funding towards the development of its hydrogen economy over the next five years.

“Scotland has the resources, the people and the ambition to become a world leader in hydrogen production and our Hydrogen Action Plan sets out how we will work collaboratively with the energy sector to drive progress over the next five years,” Net-Zero & Energy Secretary Michael Matheson said.

Aberdeen City Council said on 10 November it would accelerate delivery of its hydrogen hub and reinforce efforts to build a hydrogen economy in the city following a £15-million funding boost. In October, Aberdeen City Council had already announced bp as its preferred bidder for a commercial partner for the Aberdeen Hydrogen Hub, which will incorporate solar power, green hydrogen production, and a refuelling facility for public transport.

Aberdeen Harbour announced in November it would collaborate with bp to identify and develop projects that could reduce emissions and lower air and noise pollution from vessels calling to the port.

Prime Minister Boris Johnson announced at the end of October up to £160 million in new government funding to support new large-scale floating offshore wind ports and factories in Scotland and Wales.

It is expected that the funding, boosted by private sector investment, will develop port infrastructure capable of mass-producing floating offshore wind turbines and installing them out at sea, creating thousands of new jobs in the UK’s industrial heartlands, whilst reducing the need to import from overseas.

In another UK government funding to support low-carbon energy, the UK Government said at the end of November it would invest £20 million per year across the UK in Tidal Stream electricity as part of its flagship renewable energy auction scheme, starting a new chapter for Scotland’s tidal industry and looking to create jobs across Scottish coastal regions.

A few weeks before that, new research led by the University of Plymouth showed that tidal stream power could generate 11% of the UK’s electricity demand. However, tidal power will need government funding to accelerate innovation and drive down its cost so that future projects can provide cheap electricity. The regions with the highest tidal stream resource are the Pentland Firth and Orkney Waters, Scotland, and the Channel Islands – but both would require major grid infrastructure to connect them to high demand centres, the authors of the study noted.

In company and project news, Dogger Bank Wind Farm, which will be the world’s biggest offshore wind farm, officially broke ground in November for its net-zero carbon Operations and Maintenance (O&M) Base at the Port of Tyne. At 3.6 GW, the wind farm will become the biggest in the world when fully operational in 2026. It will be capable of providing around 5% of the UK’s electricity.

The third phase of the Dogger Bank Wind Farm project, Dogger Bank C, secured at the end of November 15-year offtake Power Purchase Agreements (PPAs) with external offtakers Centrica and Shell. The agreements are subject to financial close on Dogger Bank C, which is expected by the end of 2021.

Earlier in the month, Italy’s energy firm Eni said it would buy a 20% stake in Dogger Bank C. Once the transaction is complete, the new shareholding structure will be comprised of SSE Renewables (40%), Equinor (40%), and Eni (20%) for all the three Dogger Bank project phases (A, B, and C).

Equinor revealed on 1 November its preferred floating wind foundation design for full-scale gigawatt (GW) commercial floating offshore wind, if successful in the ScotWind tender. The Wind Semi, a semisubmersible wind turbine foundation, has been designed with flexibility, specifically to allow for fabrication and assembly based on local supply chain capabilities, Equinor said.

Hydro Havrand, Hydro’s green hydrogen company, and Shell New Energies have agreed to explore the potential for joint projects producing hydrogen from renewable electricity. The ambition is to use the hydrogen to help decarbonise Hydro’s and Shell’s own operations, and to supply customers in heavy industries, the maritime sector, and road transport.

Shell also signed an agreement to explore low-carbon energy solutions with RWE of Germany. Shell New Energies and RWE Generation SE intend to jointly advance projects for the production, use, and distribution of green hydrogen, as well as further options to decarbonise RWE gas and biomass-fired power plants in northwest Europe.

Geoscience and geospatial technology provider Getech announced in mid-November that its wholly-owned hydrogen subsidiary, H2 Green, had signed a collaboration agreement with Shoreham Port, which grants H2 Green exclusive rights for the development of all port-based hydrogen, ammonia, and new onshore wind and solar power generation capacity at the Port of Shoreham, West Sussex.

TotalEnergies, Iberdrola, and Norsk Havvind have teamed up to respond to the Norwegian authorities’ call for tenders for the development of floating and bottom-fixed wind projects for a cumulated capacity of 4.5 GW at two offshore sites in southern Norway.

Scottish Enterprise has commissioned an international collaboration project called ‘Scot2Ger’ to explore future export opportunities for Scotland’s green hydrogen. The project, led by ScottishPower, Wood, KPMG Germany, and DS Consulting, will examine the German demand for zero-emission hydrogen and how it could be met by green hydrogen produced in Scotland. The project is also supported by the Scottish Government, Highlands and Islands Enterprise, and South of Scotland Enterprise.