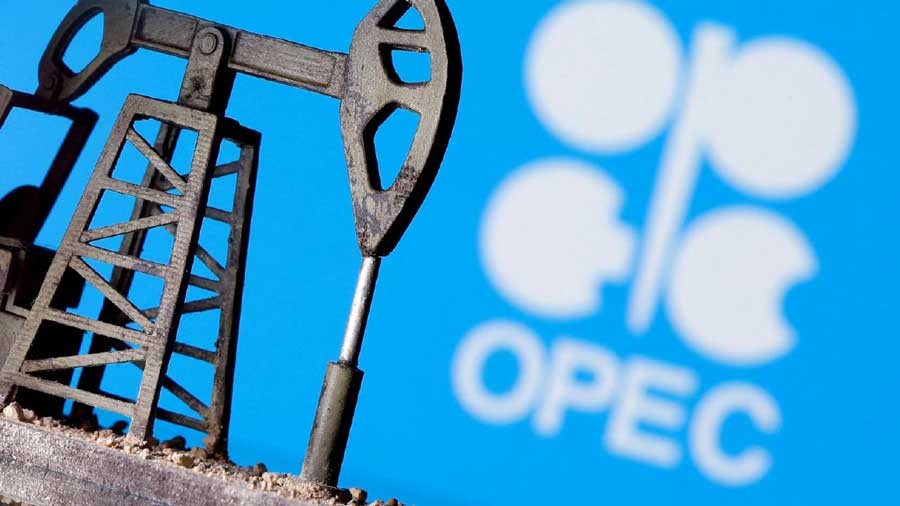 The supply management policies of the OPEC+ production group, US President Joe Biden’s first visit to the Middle East, and the spare capacity left at major oil producers were the focus of the past month in the Middle East’s oil and gas sector.

What Will OPEC+ Do Next?

The OPEC+ group, led by Saudi Arabia, confirmed it would have rolled back by the end of August all the production cuts they started to implement in May 2020 in response to the oil demand crash in the pandemic’s early days.

The meeting at the end of June reiterated the previous month’s decision to accelerate the production increase initially planned for September to July and August. Saudi Arabia, OPEC’s top producer, will have a target production level of 11 million barrels per day (bpd) in August, according to the quotas OPEC shared at the end of the latest meeting. Russia, the leader of the non-OPEC group in the pact, has the same target as Saudi Arabia, but although it has managed to restore some output lost in April and May, Moscow is still way below target and unlikely to reach it amid bans and embargoes for its crude oil and products in the West.

Analysts have now shifted their focus to the bigger question: what happens next when OPEC+, at least on paper, will have unwound all the cuts from 2020.

OPEC alone was around 1 million bpd below its production target in June, the organisation’s latest Monthly Oil Market Report (MOMR) showed in the middle of July. For the wider OPEC+ group, production is estimated to be around 2.7 million bpd below target. Several producers in OPEC, most notably Nigeria, have been struggling for months to pump to their quotas, due to a lack of capacity and investment. Russia is also well below targets, contributing to the growing gap between the OPEC+ group’s targeted production levels and actual oil supply to the market.

The OPEC+ agreement per se currently ends at the end of 2022. Market observers are now watching closely whether the group, or some members of it, would move to boost production further, considering the physical market tightness ahead of the EU embargo on imports of Russian seaborne crude oil and petroleum products, which is set to kick in at the end of this year.

OPEC and the wider OPEC+ group are also under pressure to boost supply and lower prices from major consuming economies, including the United States, which is scrambling to fight the highest annual inflation rate in more than 40 years.

US President Joe Biden visited the Middle East, including Saudi Arabia, in mid-July, but the meetings with the Arab leaders and the rulers of OPEC’s top producers did not result in any immediate announcement regarding an increase in oil production.

During meetings in Saudi Arabia and on the sidelines of an Arab summit in Jeddah in the middle of July, President Biden failed to secure firm pledges from the Saudis, Iraq, or the UAE for an imminent supply increase.

The White House said “The leaders recognised ongoing efforts of OPEC+ towards stabilising the global oil market in the interests of consumers, producers, and supporting economic growth. They welcomed the recent announcement by OPEC+ members to increase supply over the course of July and August, and commended the Kingdom of Saudi Arabia’s leading role in achieving consensus between the members of OPEC+.”

President Biden commented on his meetings in Saudi Arabia “We had a good discussion on ensuring global energy security and adequate oil supplies to support global economic growth. And that will begin shortly. And I’m doing all I can to increase the supply for the United States of America, which I expect to happen. The Saudis share that urgency, and based on our discussions today, I expect we’ll see further steps in the coming weeks.”

While President Biden and officials at his Administration express confidence that Middle Eastern oil producers could take “further steps” to boost oil supply in the immediate future, analysts question how much spare capacity there is left with those producers. Saudi Arabia and the UAE are believed to be the only producers with some capacity still left for a meaningful rise in oil production.

It is uncertain, however, whether those producers would be willing and/or able to tap into their spare capacity in short order and keep elevated production levels for a sustained period of time.

Saudi Arabia, for example, has rarely pumped more than 11 million bpd – its target for August – and surely not on a sustainable basis.

OPEC’s spare capacity appears to have almost entirely eroded as oil production by the group has ramped higher over the last year, Enverus Intelligence Research (EIR) noted in a report issued just ahead of President Biden’s trip to the Middle East.

“Aside from sanctions-bound Iran, EIR reiterates its view that consumer pressure on OPEC countries for extra oil supply in the very near term is unlikely to produce positive results,” Enverus Intelligence Research said.

“If President Joe Biden is hoping that his July trip to the Gulf will yield an immediate and significant tranche of extra oil supply from Arab Gulf producers, he will likely be disappointed,” said Bill Farren-Price, report author and a director at Enverus Intelligence Research.

“A more likely outcome is that if talks go well, Riyadh commits to increase supply over the medium term.”

Unless Saudi domestic refining is squeezed, stocks drawn from storage or direct-burn crude reduced, that capacity is not immediately available now, EIR added.

However, EIR analysts believe that Saudi Arabia could increase supply (if it wanted to) towards its official 12 million bpd ceiling if it deploys additional rigs over the next 6 to 12 months.

Saudi Arabia will not have additional capacity to increase production above the 13 million bpd it has pledged to have by 2027, Saudi Crown Prince Mohammed bin Salman said at the Arab summit attended by US President Biden.

Commenting on Saudi Arabia’s commitment to ensure global supplies, the Crown Prince said that “The Kingdom will do its part in this regard, as it announced an increase in its production capacity to 13 million barrels per day, after which the Kingdom will not have any additional capacity to increase production.”

Currently, no one really knows how much spare capacity the Middle East has left. Estimates range from an optimistic 3 million bpd to a critically low level of fewer than 1 million bpd. The lower the spare capacity, the more shocking another supply shock would be to the market and to oil prices.

Elsewhere, QatarEnergy completed the line-up of international energy majors taking part in the North Field East expansion project in Qatar, the single largest project in the history of the liquefied natural gas (LNG) industry, by picking Shell as a partner in early July. Shell thus joins TotalEnergies, Exxon, ConocoPhillips, and Eni as a partner of the Qatari state energy firm in the LNG expansion project. The project will also be integrated with carbon capture and sequestration to reduce emissions.

“Through its pioneering integration with carbon capture and storage, this landmark project will help provide LNG the world urgently needs with a lower carbon footprint. Lower carbon natural gas is a key pillar of our Powering Progress strategy and will also help us achieve our target of becoming a net-zero emissions business by 2050.”

Abu Dhabi National Energy Company PJSC (TAQA) said in early July it had completed the strategic review of its oil and gas business announced in September 2021, and decided to retain its oil and gas portfolio.

“As part of the review, the company had been exploring the potential sale of certain of its oil and gas assets. It has been concluded that TAQA’s oil and gas portfolio will be retained, except for the upstream assets in the Netherlands where discussions are ongoing,” the company said.

“We have concluded that retaining the vast majority of the portfolio will deliver the best value for the company and its stakeholders. This is in part evidenced by the strong contribution – over 15% – that the oil and gas business contributed to our revenue and earnings in 2021. That trend has continued into this year,” Group CEO Jasim Husain Thabet said.

Abu Dhabi National Oil Company (ADNOC) and TotalEnergies signed on 19 July a strategic partnership agreement that aims to jointly evaluate new growth opportunities in the development of oil and gas projects in the UAE to ensure sustainable energy supply to the markets and contribute to global energy security; supply of diesel from the UAE to France; and prospects for a commercial carbon capture, utilisation, and storage (CCUS) project in the UAE.