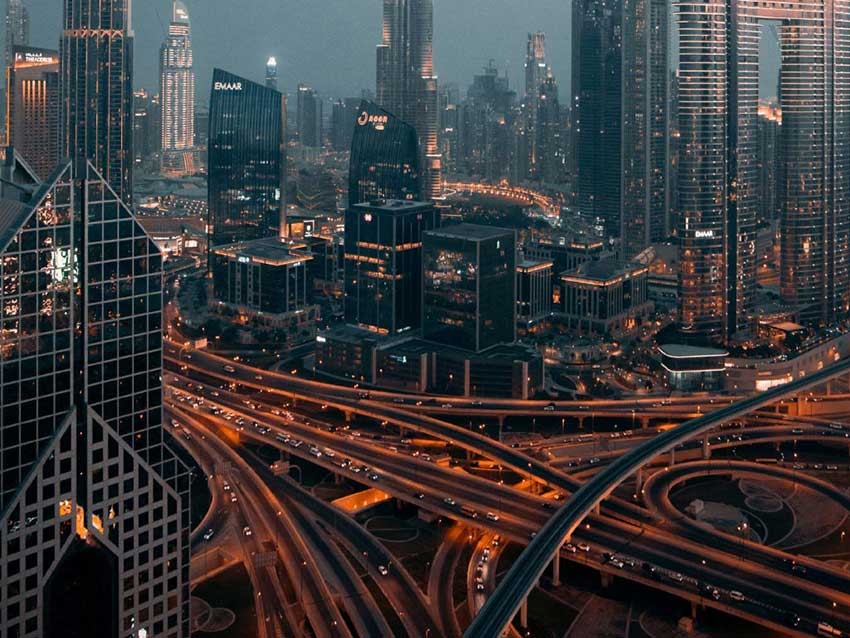 The OPEC+ group left its crude oil production plan for May unchanged at its latest meeting, while OPEC, dominated by Middle Eastern producers, revised down its global demand growth estimates for 2022, in view of renewed COVID lockdowns in China and the Russian war in Ukraine.

Over the past month, the major state-owned oil and gas firms in the Middle East have signed deals to work on advanced fuels and to expand vessel fleets.

Despite soaring international oil prices, the OPEC+ group consisting of the OPEC members and non-OPEC producers led by Russia decided on 31 March to leave its oil production plan unchanged in May. OPEC+ plans to raise overall production by 432,000 barrels per day (bpd) for the month of May 2022, slightly higher than the usual 400,000-bpd monthly increase because of readjustment of baseline production at some producers.

The alliance continued to reiterate that the market is well-balanced and the high volatility and $100-plus oil prices are the result of “ongoing geopolitical developments.”

“It was noted that continuing oil market fundamentals and the consensus on the outlook pointed to a well-balanced market, and that current volatility is not caused by fundamentals, but by ongoing geopolitical developments,” OPEC said in a statement at the end of the meeting.

This was the second meeting since a key member of the OPEC+ group, Russia, invaded Ukraine. In none of the statements since the beginning of the invasion, OPEC or the OPEC+ group have mentioned the war or Ukraine, limiting themselves to referring to it as “the conflict in Eastern Europe.”

The next OPEC+ ministerial meeting is scheduled to be held on 5 May, while the required production for the group in May is at 42.126 million bpd, of which the biggest producers in the alliance – Saudi Arabia and Russia – have a quota of 10.549 million bpd each.

OPEC+ has been easing the record cuts by a nominal amount of 400,000 bpd each month, but many members of the group struggle to pump to their quotas because of a lack of spare capacity and/or investment. Only Saudi Arabia and the United Arab Emirates (UAE) are thought to have sufficient spare capacity. They, however, are unwilling to pump more to compensate for those OPEC+ producers that fail to meet their required output levels.

According to the International Energy Agency (IEA), output from the alliance’s 19 members with quotas rose by a mere 40,000 bpd in March, far below the planned 400,000-bpd increase. The OPEC+ pact’s production in March was 1.5 million bpd below their target, the IEA said in its Oil Market Report for April 2022.

OPEC, for its part, decided at its 31 March meeting to replace the IEA with Wood Mackenzie and Rystad Energy as secondary sources used to assess OPEC Member Countries crude oil production, with immediate effect.

In its closely-watched Monthly Oil Market Report (MOMR) for April, OPEC materially revised down its estimates of global oil demand growth in 2022. The organisation now expects global oil demand growth at 3.67 million bpd this year, down by 480,000 bpd from the previous month’s growth estimate of 4.15 million bpd, mostly to reflect a downward revision to economic growth expectations. The war in Ukraine and the return of Chinese lockdowns to contain COVID were the main drivers of the reduced demand growth forecast.

OPEC had already warned in March that its global oil demand growth forecast “remains under assessment” “until more clarity prevails.”

In the April report, OPEC said: “World economic growth in 2022 is revised down to 3.9% from 4.2% in the previous month’s assessment. This takes into account the impact of the conflict in Eastern Europe, as well as the ongoing effects from the pandemic, with the risks skewed to the downside.”

In the first quarter of 2022, global oil demand saw strong growth and jumped by nearly 5 million bpd compared to the same quarter of 2021 as most countries eased COVID-related restrictions, OPEC said.

“However, due to recent geopolitical developments in Eastern Europe, 2Q22 and 3Q22 are both forecast at growth of 3.5 mb/d y-o-y,” the cartel noted.

Still, the fuel market globally could tighten in the summer of 2022, due to lower commercial inventories and rising demand during the summer driving season, OPEC notes.

“The combination of restricted fuel supplies and low product inventory levels, amid projections of rising product consumption during the summer season, could lead to a tighter product supply-demand balance, with a significant shortage in gasoline and distillates,” OPEC said.

The Saudi Press Agency (SPA) reported that the Saudi Crown Prince had received a call from Putin in which “bilateral relations between the two countries and ways of enhancing them in all fields in a way that achieves the interests of the two countries and their friendly peoples were discussed.”

“For his part, HRH the Crown Prince asserted the support of the Kingdom of Saudi Arabia for efforts that would lead to a political solution to the crisis in Ukraine and achieve security and stability,” the Saudi agency reported.

In corporate contracts involving companies in the Middle East, Italy’s engineering group Saipem announced in early April it had won new offshore drilling contracts in the Middle East and West Africa worth more than US$400 million. Two contracts have been awarded to Saipem in the Middle East for two high specification jack-up drilling units, consisting of drilling and workover operations for a duration of five years. The start of operations is scheduled for the fourth quarter 2022. Each contract includes options for two additional years. These projects will involve one Saipem jack-up unit and a new high specification jack-up chartered from CIMC Group for the project.

ADNOC Logistics & Services (ADNOC L&S), the shipping and maritime logistics arm of the Abu Dhabi National Oil Company (ADNOC) and the region’s largest shipping and integrated logistics company, has signed a contract with China’s Jiangnan Shipyard for the construction of two 175,000 cubic metre LNG vessels that will join its fleet in 2025. The new LNG vessels will be crucial enablers of ADNOC’s 2030 growth strategy, supporting its existing LNG business as well as its ambitions to grow LNG production capacity, ADNOC said.

The biggest LNG exporter in the Middle East, Qatar, signed in April – via QatarEnergy – a series of time-charter parties (TCP’s) with a subsidiary of Mitsui O.S.K Lines for the long-term charter and operation of four LNG ships, constituting the first batch of TCPs awarded under QatarEnergy’s massive LNG shipping programme.

“These contracts mark the start of the construction phase of QatarEnergy’s historic fleet expansion program in support of our LNG expansion projects,” said Saad Sherida Al-Kaabi, Minister of State for Energy Affairs and President and CEO of QatarEnergy.

Saudi Aramco, Hyundai Motor Group, and King Abdullah University of Science and Technology (KAUST), have agreed to jointly research and develop an advanced fuel for an ultra lean-burn, spark-ignition engine that aims to lower the overall CO2 emissions of a vehicle. The two-year partnership will aim to develop an optimal fuel formulation for use in combination with a novel combustion system coupled with an electrified hybrid vehicle, Aramco said.

Net-Zero 2050: A Chain Reaction in Every Link - Why support from SMEs is vital in our industry’s journey to energy transition.