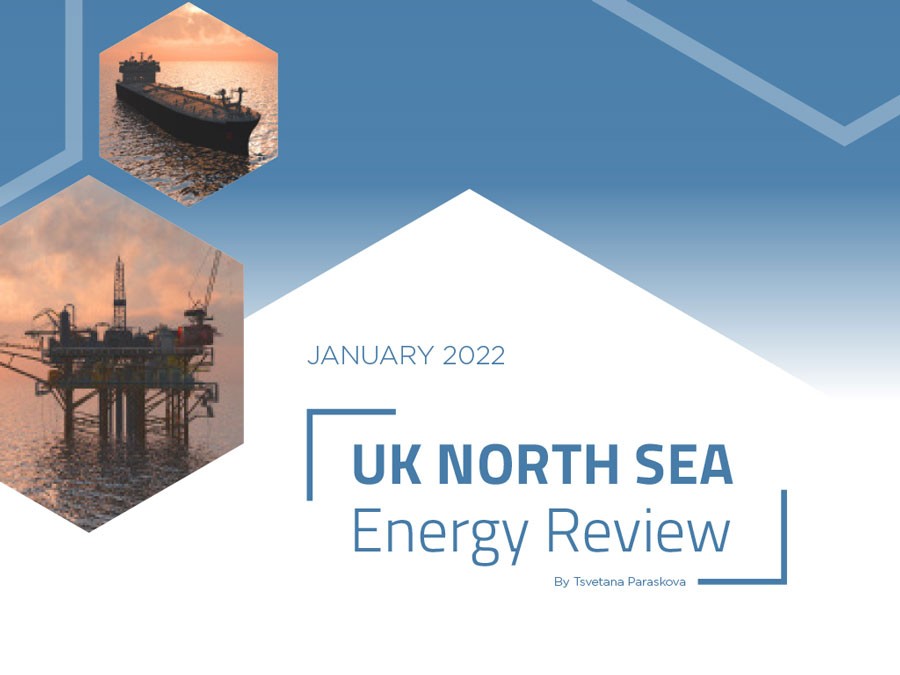 Well drilling and maintenance activity, Shell’s move to the UK and its withdrawal from the Cambo oil and gas project, and field development plans were the key themes in the UK North Sea oil and gas sector in the final weeks of 2021.

Despite the COVID-induced slowdown in 2020, significant opportunities in well intervention remain in the UK Continental Shelf, the Oil and Gas Authority (OGA) said in its second Wells Insight report published in early December with data for 2020.

The number of Exploration and Appraisal wellbores spudded has declined steadily due to the COVID impact, to nine in 2020, down from 29 in 2019, the report found. However, success rates have improved, and operators have discovered over half a billion barrels of oil equivalent (boe) in the past three years, OGA said.

A total of 73 new development wells were completed in 2020, down from the 2019 high of 106 wells. Yet, total development drilling spend remained high in 2020, over £2.1 billion, largely because of the more complex developments, such as high-pressure, high-temperature (HPHT) fields, the report showed.

Total well stock has remained flat over the past four years as the number of new wells was offset by the plugging and abandonment of others.

“The pandemic clearly affected industry’s activity in 2020, but there are significant opportunities available to Operators to improve production performance through more well interventions,” Carlo Procaccini, OGA Head of Technology, said.

OGA is also awarding three studies of three selected winners to share a £1 million prize to advance electrification plans for the oil and gas industry offshore.

“Decarbonisation of oil and gas operations is an industry imperative over the next decade, and platform electrification from renewable sources will be an effective way to achieve that.”

In company news, Shell’s shareholders overwhelmingly approved on 10 December the board’s proposal to move the company’s tax residence to the UK from the Netherlands and drop its dual share structure and ‘Royal Dutch’ from the name. The streamlined share structure would be simpler for investors to value and understand, Shell says.

A total of 99.77% of shareholder votes cast supported the proposals in the vote
in December.

“This resounding support from shareholders to amend Shell’s Articles of Association will enable a simplification of the company’s share structure and an increase in the speed and flexibility of capital and portfolio actions,” Shell’s Chair, Sir Andrew Mackenzie, said, commenting on the vote.

“The Board believes that the simplification will strengthen Shell’s competitiveness and accelerate both shareholder distributions and delivery of its strategy to become a net-zero emissions energy business by 2050, in step with society,” Sir Mackenzie added.

In another major news involving Shell, the company pulled out of the development of the Cambo oil and gas field in the North Sea, in a setback to the project that has sparked a lot of controversy in recent months.

Shell, which has 30% in the project, said it “concluded the economic case for investment in this project is not strong enough at this time, as well as having the potential for delays.”

“This is a commercial decision between partners but doesn’t change the facts that the UK will continue to need new oil and gas projects if we are to protect security of supply, avoid increasing reliance on imports and support jobs.”

“However, we know that to deliver the transition to a lower carbon future, investor confidence remains essential. Gas and oil has a critical role to play in the nation’s future energy supply and we will continue to work with governments, industry and politicians of all parties to make this case,” Stanning added.

Siccar Point Energy, the operator and majority holder in Cambo with 70%, confirmed Shell’s withdrawal and argued that Cambo remains critical to the UK’s energy security and economy.

A week later, Siccar Point paused the Cambo development as it said the project could not progress with the original plans and timescale.

“We are pausing the development while we evaluate next steps,” CEO Jonathan Roger said.

“We continue to believe Cambo is a robust project that can play an important part of the UK's energy security, providing homegrown energy supply and reducing carbon intensive imports, whilst supporting a just transition,” Roger added.

GMB, the energy union, commented on the decision to pause the Cambo oil field project, saying that it amounts to a “surrender of the national interest.”

“The cheerleaders for Cambo’s shutdown aren’t just throwing energy workers under the bus, but also our security of supply for the gas we will still need on the road to 2050,” said Gary Smith, GMB General Secretary.

In other field development news, CNOOC Limited said at the end of November that the Buzzard Phase II development 100 kilometres northeast of Aberdeen had safely commenced production.

While fully utilising the existing Buzzard facility, the project has also built a set of underwater production systems and brought on stream two production wells and two water injection wells. Buzzard Phase II is expected to reach its peak production of around 12,000 barrels of oil equivalent per day in 2022, increasing Buzzard’s total production to 80,000 boepd, CNOOC said.

Orcadian Energy announced on 1 December that it had received a “Letter of no objection” from the Oil and Gas Authority in respect of the development concept for the Pilot field.

“The letter of no objection for the concept select study from the OGA is a really important step in the progress towards the development of the Pilot Field,” Orcadian’s CEO Steve Brown said.

Two weeks later, in the announcement of the audited results for the twelve months ended 30 June 2021, Brown said the company’s focus for 2022 would be to seek to secure the financing for the Pilot project and to secure a customer for the platform electrification solution it would design in the coming months.

“We are determined to show the industry and the world that it is possible to produce the oil and gas, that regular customers need, in a cost effective way and with much, much lower emissions. We will do this on Pilot and we believe our electrification system will offer an opportunity for other operators on the UKCS to reduce emissions as rapidly as possible,” Brown said.

Maersk Drilling and Petrogas North Sea Ltd have agreed to exercise the previously agreed exclusive option to employ the harsh-environment jack-up rig Maersk Resilient to drill an appraisal well at the Birgitta field in the UK North Sea. The contract is expected to commence at the end of 2021 and will last an estimated 60 days with a value of around US$5.4 million, Maersk Drilling said.

Neptune Energy announced on 1 December the award of a decommissioning contract to Maersk Supply Service (MSS) for the Juliet field in the UK Southern North Sea, which will deploy innovative technology to reduce the time and costs associated with the removal of the subsea infrastructure. Piping spools and umbilicals will be removed using the Utility ROV Services system (UTROV), a remotely-operated tool carrier equipped with multiple attachments for the recovery of subsea equipment, reducing the necessity for multiple vessels and equipment providers to carry out the complex work, Neptune Energy said.

IOG plc said on 14 December that after successful investigation and repair of the Noble Hans Deul rig leg, the rig was re-mobilised from Dundee port on 3 December and arrived at the Southwark platform 500 metre zone on 9 December. Given the two-month drilling hiatus, First Gas is expected at Southwark by the middle of 2022 after the planned installation in Q1 of the 6-km Saturn Banks pipeline extension to the Southwark platform. The rig is then scheduled to move on to drill the Goddard and Kelham North/Central appraisal wells, while analysis of reservoir and production data from Southwark wells 1 and 2 will inform an optimal Southwark 3 well plan.

At the Bacton development, final pre-First Gas commissioning activities are now expected to carry over into the early weeks of 2022, IOG said. The final steps to First Gas involve commissioning of end-to-end control and communications systems and backgassing of the pipeline system before opening up the Blythe and Elgood wells in quick succession.