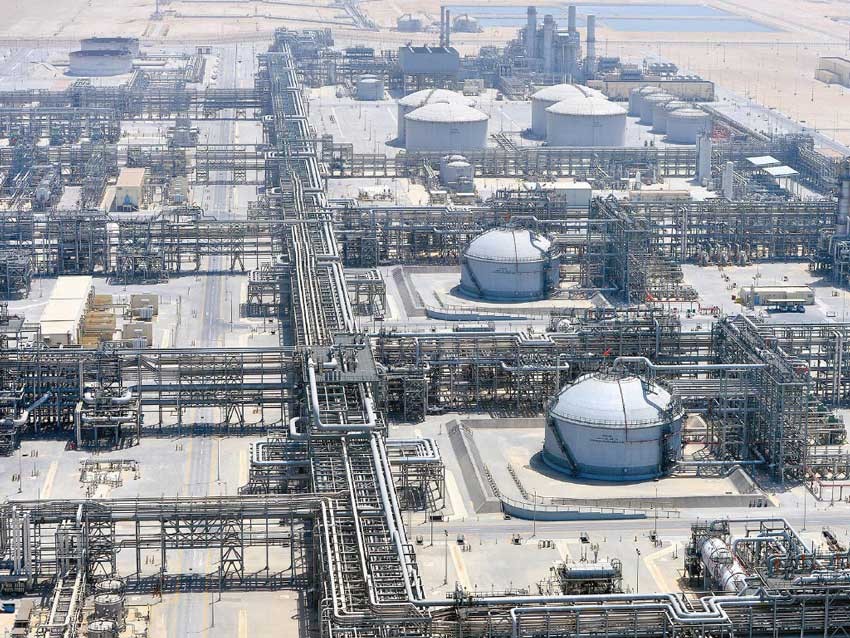 As petrol prices in the US hit records nearly every day with the summer driving season approaching, the US Administration is looking at ways to alleviate pressure on households as all-time high petrol prices eat into real incomes while record-high diesel prices further stoke an already high inflation level, the highest in more than 40 years.

While the Biden Administration is looking at various ways to help ease the highest petrol prices on record, the US oil and gas industry says the White House is not doing enough to support long-term energy security and investments in oil and gas.

Production of oil and gas in the US is growing and is set to further grow to records in 2023, but the sector cannot do much in the near term to increase output exponentially, not only because many public companies are prioritizing shareholder returns but also because of supply chain and labour constraints in the US shale patch.

In light of the highest petrol and diesel prices on record, some US lawmakers are also reviving discussions on the so-called No Oil Producing and Exporting Cartels (NOPEC) legislation that would pave the way for lawsuits against OPEC members for market manipulation. However, it is unclear whether or when the bill would be introduced on the Senate floor, or whether President Joe Biden would sign it into law, if it clears Congress, due to concerns about creating a precedent in removing sovereign immunity that would allow other countries to sue the US.

As the US Administration is looking to help ease the highest petrol prices on record, the US oil and gas industry is criticising said Administration, saying that it is not doing anything to encourage investments as is sends mixed signals to the sector. The White House wants US producers to boost oil and gas output – right now – but it is cancelling lease sales and reiterating that an increase in US oil production should be only in the short term until the world adapts to the altered geopolitical reality of the West not buying Russian oil. The US industry, however, wants longer-term assurances that it wouldn’t be burdened by restrictions and further regulations which continue to hamper its ability to plan for production increases. The industry is also fighting back suggestions of price gouging from the Administration and Democratic lawmakers.

“Repeated in-depth investigations by the Federal Trade Commission have shown that changes in gasoline prices are based on market factors and not due to illegal behavior, and the American people are looking for solutions, not finger pointing,” Lem Smith, vice president for Federal Relations at the American Petroleum Institute (API), wrote at the end of April.

“Lawmakers should focus on policies that increase U.S. supply to help mitigate the situation rather than political grandstanding that contributes to a difficult investment environment at a time when investments are needed the most,” Smith added.

“Energy policy does not have to be an endless series of crisis-management decisions. Our aim should be to avoid crises, by shaping events instead of waiting on them,” API President and CEO Mike Sommers said in an address to the Economic Club of Colorado in early May.

“As much as ever, we need to think hard about that basic economic truth, and we must act to stay in command of our energy future. That means recognizing energy from natural gas and oil as the critical strategic asset it is to America – and never taking it for granted again,” Sommers added.

“Talk about mixed messages. We can’t treat the oil and natural gas industry as a kind of light switch that is turned on or off to suit the political moment. Production and delivery don’t work that way. Yet the overriding policy lately has been to cancel pipelines, block permits, and deny leases – all of which suppress needed investment,” API’s President and CEO said.

Days after this address, the US Department of the Interior cancelled three offshore lease sales, in Alaska and in the US Gulf of Mexico.

In response to this move, Frank Macchiarola, API senior vice president for Policy, Economics and Regulatory Affairs, said: “Unfortunately, this is becoming a pattern. The administration talks about the need for more supply and acts to restrict it. As geopolitical volatility and global energy prices continue to rise, we again urge the administration to end the uncertainty and immediately act on a new five-year program for federal offshore leasing.”

Jeff Eshelman, COO at the Independent Petroleum Association of America (IPAA), commented: “Ignoring the benefits of American natural gas and oil production is misguided and potentially against the law. The administration is not even trying to apply a band-aid to our energy challenges. They are just letting consumers and the nation bleed.”

A week later, Secretary of the Interior Deb Haaland confirmed that the Interior Department will release the Proposed Program - the next step in the five-year offshore energy planning process - by 30 June 2022, which is the expiration of the current programme.

“A Proposed Program is not a decision to issue specific leases or to authorize any drilling or development,” the US Department of the Interior said.

Commenting on the timing of the release of the new programme, API’s Macchiarola said: “The practical effect of this is that it is unlikely there will be offshore lease sales before the end of 2023. This is one more example of the disconnect between the administration’s political rhetoric and policy reality.”

Leslie Beyer, CEO at the Energy Workforce & Technology Council, said: “To ease the burden on the American consumer, the Administration should stop the mixed messaging, and provide regulatory and policy certainty for energy producers that will allow for expanded investment and production. Increasing production requires a significant amount of time and significant capital investment. Without certainty, investment dries up, hiring slows, and production wanes.”

With high international crude oil prices leading to record-high petrol prices in America, some US lawmakers revived the NOPEC legislation.

Forms of antitrust legislation aimed at OPEC were discussed at various times under Presidents George W. Bush and Barack Obama, but they both threatened to veto such legislation.

Now the U.S. Senate Judiciary Committee approved the bill in early May, but it is unclear if and when it will be discussed at the Senate or if President Biden would sign it into law. API and other associations have voiced opposition to the bill, while the White House said “the potential implications and unintended consequences of this legislation require further study and deliberation, particularly during this dynamic moment in the global energy markets brought about by President Putin’s invasion of Ukraine.”

“So, we’re taking a look at it and certainly have some concerns about what the potential implications could be,” the White House said.

API’s Sommers said in a letter to the Senate Judiciary Committee “This legislation creates significant potential detrimental exposure to U.S. diplomatic, military and business interests while likely having limited impact on the market concerns driving the legislation.”

“These legislative efforts represent a political act aimed at removing a sovereign nation’s litigation immunity from certain U.S. laws and opens the opportunity for reciprocal or even additional action on the part of those impacted countries,” Sommers added.

The U.S. Chamber of Commerce also opposes the NOPEC bill, known as S. 977.

“Although S. 977 is intended to be limited to restraint of trade in oil, natural gas or petroleum products, the Committee should be wary of the precedent it would create. Once sovereign immunity has been eliminated for one action of a state or its agents, it can be eliminated for all state actions and the actions of agents of the state,” the Chamber of Commerce said.

US Oil & Gas Production and Employment On The Rise

Meanwhile, US oil and gas production and employment are rising at prices of over $100 per barrel of oil and multi-year high prices of US natural gas.

In Texas, for example, data by the Texas Workforce Commission showed 5,200 upstream oil and natural gas jobs were added in April, the highest monthly growth in nearly 11 years, the Texas Oil and Gas Association said.

Since the low point in employment in September 2020, the upstream industry in Texas has added 33,400 jobs, averaging growth of 1,758 jobs a month, and job growth months have outnumbered decline months 17 to 2.

The US oil and gas industry lost nearly 200,000 jobs during the pandemic, but it has already recovered almost half of those jobs, Rystad Energy said in research in mid-May.

By 2027, employment in the US oil and gas industry is set to exceed pre-pandemic levels, with almost 1.1 million projected workers by the end of 2027, according to Rystad Energy’s research.

“Fueled by a rapid rise in oil prices amid a better-than-expected demand recovery and the supply constraints brought on by Russia’s invasion of Ukraine, the US labor market seems poised to benefit and continue on a growth trajectory,” said Rystad Energy analyst Sumit Yadav.

In the biggest shale region, the Permian, total hydrocarbon production in the Delaware Basin, the top-producing play in the Permian, will hit a record 5.7 million barrels of oil equivalent per day (boepd) average in 2022, separate Rystad Energy research showed in May. Spurred on by high oil prices and appealing well economics, total production is set to grow by around 990,000 boepd, almost half of which – 433,000 boepd – will be new oil production.

“The Permian Delaware has emerged as the top oil-producing play in the US shale patch, outpacing growth in other oil-rich regions. With oil prices expected to remain elevated, 2022 promises to be another outstanding year for production growth in the region,” said Veronika Meyer, Rystad Energy vice president.