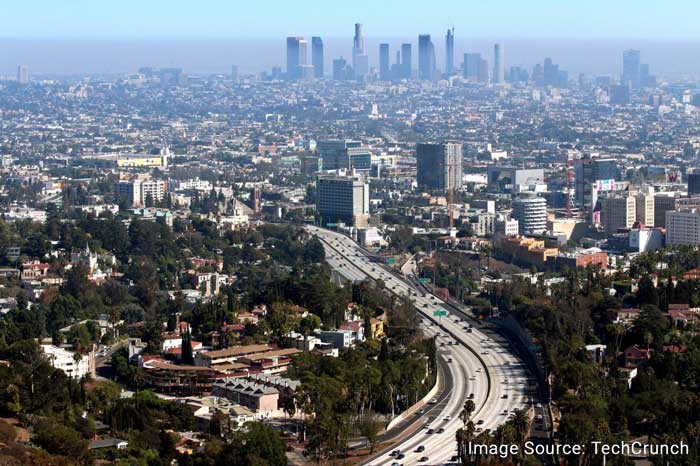 Carbon Engineering, a Canadian company developing technology to remove carbon dioxide from the atmosphere and process it for use in enhanced oil recovery or in the creation of new synthetic fuels, has locked in financing from two big industry backers — Chevron and Occidental Petroleum — to bring its products to market.

The undisclosed amount of capital Carbon Engineering raised from the investment arms of two of the world’s largest oil and gas companies — Oxy Low Carbon Ventures and Chevron Technology Ventures — will be used to commercialize its technology at a time when legislation in California and British Columbia are making low carbon fuels more economically viable, according to a statement from the company’s chief executive, Steve Oldham. The company had already managed to nab Microsoft co-founder Bill Gates as an investor.

Gates is one of several big-name backers to be drawn to renewable energy technologies in the face of a steadily warming planet that’s rapidly approaching a tipping point-of-no-return when it comes to global climate change. Together with a group of other multi-billionaires including Marc Benioff, Jeff Bezos, Michael Bloomberg, Richard Branson, Jack Ma, Masayoshi Son, and Meg Whitman, Gates launched a $1 billion fund called Breakthrough Energy Ventures last year to back companies that are developing things like new energy storage and water production technologies.

The Squamish, B.C.-based Carbon Engineering isn’t in the Breakthrough portfolio, but is one of several companies working on making a technology called “direct air capture” of carbon dioxide economically viable.

At the company’s pilot plant in Squamish air gets hoovered up by giant fans into a processing facility where it is treated with potassium hydroxide, which captures and holds the carbon dioxide. Then more chemicals and heat are added to the mix to create millions of smell white pellets — which contain higher concentrations of the carbon dioxide.

After that, the pellets are heated again to create a gas which is almost pure carbon dioxide. That gas can be either sequestered underground (a proposition with no economic benefit for Carbon Engineering at the moment) or converted back into fuels, chemicals, or used in enhanced oil recovery.

Other companies tackling carbon capture like Newlight Technologies and Opus12 convert the carbon into plastics or chemicals while companies like CarbonCure aim to turn the captured carbon into a cement replacement.

While these products from carbon emissions are available, they’re not yet commercially viable at a significant scale. Oldham told National Public Radio that the fuel which Carbon Engineering manufactures is roughly 20 percent more expensive than regular gasoline.

That’s why states like California are putting incentives in place to offset the added costs of using these low carbon products.

Carbon Engineering has already spent $30 million to develop its process, while Climeworks raised $31 million last year to develop its own version of this carbon capture technology.

Not all climate watchers are convinced that these kinds of negative emission technologies are the answer. They argue that it’s less expensive to use renewable energy and other carbon-free energy sources than to take carbon dioxide out of the air.

At this point, though, emission reductions may not be enough. Given the dire reports coming out of the Trump Administration and the Intergovernmental Panel on Climate Change, it’s going to take pretty much a combination of everything that humanity’s got to avoid a pretty catastrophic fate for a pretty large portion of the world’s population.

Even the companies that have been notorious for their contributions to the climate crisis that the world faces are waking up to the need for decarbonization (even if it’s an open question of whether they’re being dragged to the table or sitting down of their own free will).

Oxy Low Carbon Ventures is a good example. Reading the writing on the wall the firm has invested not just in Carbon Engineering, but another company called NET Power, which purports to have developed a power plant with zero emissions.

“It is a very important time for the air capture field right now,” said Oldham in a statement. “We’re seeing leading jurisdictions, like California and British Columbia, creating markets for low carbon fuels and technologies like DAC, through effective climate policy. These efficient market-based regulations, and action from energy industry leaders like Occidental and Chevron, show the power of policy in driving innovation and achieving emissions reductions while delivering reliable and affordable energy.”