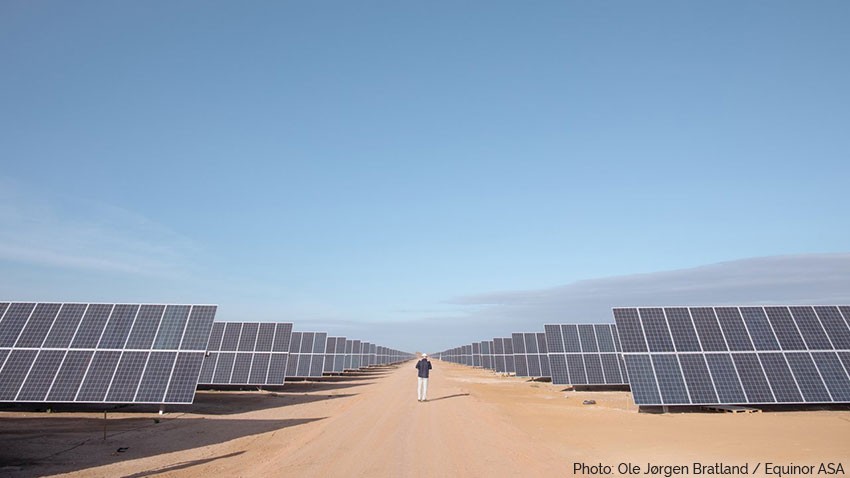 Oil and gas giants Shell and Total get serious about solar

Oil and gas majors have made forays into solar power and renewable energy over the past decades but it always seemed more like public relations than full-on commitment.

The history of photovoltaic commercialization was launched, in part, by Exxon in the 1970s. Atlantic Richfield’s efforts in solar manufacturing and solar power plants were eventually sold to Siemens in the 1980s. (This glosses over a lot of history and solar heroes.)

Shell and Oman’s sovereign wealth fund have invested in concentrated solar power in order to better extract fossil fuels by “heating a cubic mile of earth” to free stubborn reserves with enhanced-oil recovery.

Every few years, Exxon and J. Craig Venter of Synthetic Genomics issue a joint proclamation about progress in biofuels derived from algae. Venter gets funded, Exxon gets green cred, and we are once again reminded that algae oil is the fuel of the future.

Oil and gas firms getting serious about solar

Judging by recent efforts from Total and Shell, it appears that oil and gas firms are seeing the writing on the wall when it comes to climate change, and perhaps the obligations of their social contract. They are getting serious about solar power.

Oil and gas major Total acquired a 50% stake in Indian conglomerate Adani Group’s solar business for $510 million, according to a release.

Adani has a portfolio of 2,148 MW of installed solar capacity and 172 MW of installed wind capacity, along with more than 2 GW under construction. According to Total, all the projects benefit from nearly 25-year power purchase agreements with national and regional electricity distributors.

Total forecasts that its low-carbon operations could account for 15% to 20% of its sales by 2040. Currently Total’s low-carbon power generation capacity is nearly 7 GW, with 3 GW coming from renewable sources, according to the company.

Total is a also majority stake holder in high-efficiency solar leader SunPower and has a well-funded low carbon-focused venture arm.

Tom Heggarty, principal analyst with Wood Mackenzie, said that the Adani investment was Total’s sixth investment in renewable power including acquisitions of solar PV and wind assets in France, Australia, Brazil and Egypt.

Total already had a foothold in the Indian solar PV market through its joint venture with EDF Renewables, with over 200 MW under ownership, along with PPAs for an additional 700 MW of generation.

Royal Dutch Shell will begun construction on the Gangarri project, its first large-scale solar farm, as part of its plan to expand into power generation, according to a release. Shell looks to complete the plant in Queensland, Australia at Wandoan, around 250 miles west of Brisbane, early next year. The 400,000-panel, 120-megawatt solar farm is near existing power infrastructure and a gas generation facility.

Renew Economy notes that Shell, like other oil majors around the globe is making “slow but significant moves into renewable energy development and generation.” It is preparing to become a major electricity utility, and has acquired ERM Power, a large electricity retailer serving C&I customers in Australia. Shell also owns a 49% stake in Australian solar developer ESCO Pacific.

Last year, Shell Energy became the sole off-taker of a 200-MW California solar project, the Sandrini Solar Park near Bakersfield, California which is expected to be operational in 2022, at an estimated investment of more than $200 million.

Valentina Kretzschmar, director of corporate research at Wood Mackenzie, said, “The energy transition will have an impact on every single oil and gas player.”