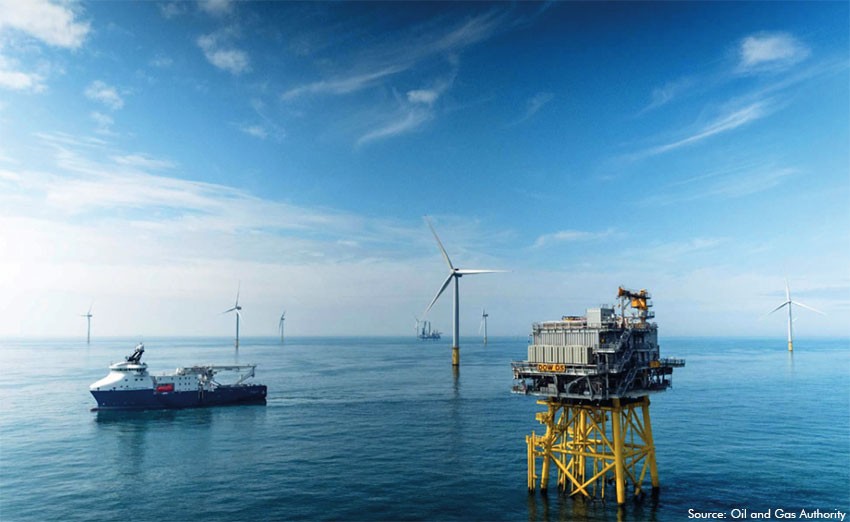 Five days before the start of the COP26 climate conference, the geography department at the University of Oxford forwarded an email to students inviting them to a career talk by energy company Royal Dutch Shell. The oil and gas major’s staff would provide answers to students’ questions and information on its plans to become a net zero emissions business, the message said.

There was nothing particularly unusual about the recruitment language, but within 10 hours the university had received a letter of complaint signed by 71 students.

By sharing the invitation, the geography department was endorsing Shell as a “great place to work” despite its continued investment in hydrocarbons and allegations surrounding its historic connections with associated abuses, the letter seen by the Financial Times said. The students demanded that fossil fuel companies be banned from such “advertising”. The geography department told the FT it had circulated the invitation at the request of a former student and that by forwarding information it was not necessarily endorsing its contents.

The oil and gas sector is not the only industry to have faced opposition on university campuses, and the letter’s signatories do not represent the views of the entire student body. Nevertheless, the incident highlights an enduring challenge for the supermajors as they compete to recruit the talent they need to pivot to a greener future.

All the European oil majors have set out strategies to cut greenhouse gas emissions, including from fuels burnt by their customers, to net zero by 2050. For example, BP aims to have acquired or built 20GW of renewable power capacity by 2025 and 50GW by 2030.

But achieving those targets requires recruitment and retraining on a scale never seen before in the industry, and at a moment when many potential recruits remain conflicted about the role oil and gas companies want to play.

“The oil and gas industry can’t be the ones that lead the energy transition . . . because that won’t be a just transition,” says Fergus Green, a physics and philosophy graduate who left Oxford last year and now works for student campaign network People & Planet, running an initiative to stop the industry recruiting from university careers departments.

BP has some 63,000 employees worldwide and Shell has more than 80,000. In both cases the majority are still employed in fossil-fuel related jobs. That balance will need to change rapidly over the next decade for the companies to achieve their goals.

“The biggest challenge of the energy transition is not financial capital, it’s human capital,” says one industry veteran, who recently left a European oil major after more than 20 years.

BP, which last year outlined plans for one of the most ambitious corporate overhauls in the sector, says that transformation is already under way. Since launching its new strategy, BP has hired more than a dozen external candidates to senior roles involved in the transition, including Anja-Isabel Dotzenrath, the former chief executive of RWE Renewables, who is set to head its gas and low carbon business from March 2022.

“Our net zero ambition is attracting more people to BP than before,” Mikel Jauregi, a senior vice-president of people and culture at BP, says. This year, Jauregi advertised for 200 roles across BP’s new hydrogen and offshore wind businesses and received more than 10,000 external applications. A comparable recruitment drive in the oil and gas division 10 years ago may have received “a tenth” of that level of interest, he added.

BP, like its peers, is working hard to change its image, particularly on social media platforms such as Instagram and professional sites including LinkedIn, where chief executive Bernard Looney has more than 125,000 followers and engages regularly with commenters.

“We don’t turn a 112-year-old company on its head overnight but . . . we’re doing all of the things that a company like ours needs to do to be part of the solution,” Looney said in a recent television interview now quoted on his LinkedIn timeline.

After five or six years in which graduate recruitment had become more difficult, BP believes its new message is getting through to students, even if some resistance remains. A BP spokesperson said applications for graduate jobs, apprenticeships and student placements increased by 75 per cent between 2019 and 2020.

One employee, who joined as a graduate in the past 10 years, says BP’s continued dependence on oil and gas profits was “a psychological barrier” that new employees had to be willing to accept, but that she had seen real opportunities to affect the pace of the energy transition.

“I saw it as an energy company, not an oil and gas major, from the very beginning,” she says, asking not to be identified. “[For me] it was about that global presence, serving the customer and being at the forefront of developing energy solutions.”

Shell, which recently completed an 18-month reorganisation known internally as Project Reshape, told the FT it was on track to recruit 1,400 people into its key energy transition businesses in 2021. It generally receives “a high volume” of applications for each post and 18m visits to the careers section of its website every year, it added.

But while the need to overhaul the global energy system means there has arguably never been a more interesting moment to join the sector, that transition has also brought more competition. Oil majors, utilities, renewable energy groups and private equity houses are all competing for green skills that are in short supply.

“There’s clearly a war for talent in the renewables space,” says Dotzenrath, the incoming BP executive, who stressed that niche expertise in areas such as wind turbines and blade design was in particular demand. “There are maybe a couple of handfuls of people around the world who really understand it.”

That competition has driven up salaries and forced the old oil and gas companies to rethink.

“This is a competitive and dynamic market, and to attract the best talent a competitive package alone is not enough, you need to have a credible and meaningful strategy and show how people can make a difference,” says Ronan Cassidy, Shell’s chief human resources and corporate officer.

In February, BP launched a new share plan, which awarded every employee from pump clerks in South Africa to drilling engineers in Azerbaijan a stake in the company. While current and former BP employees told the FT the move was welcome, other industry observers question whether the supermajors are culturally agile and enterprising enough to retain employees who can take their pick of opportunities in the fast-growing green economy.

“We were regularly losing younger staff to more entrepreneurial type businesses,” says the industry veteran, who was in a low carbon division of one of the supermajors before he left. “It was almost one in, one out.”

Last year several clean energy executives left Shell shortly before the company announced its new strategy, with one person at the time telling the FT that the “culture” at the company needed to change for it to succeed.

Flush with cash from this year’s record oil and gas prices, the likes of Shell, BP, France’s TotalEnergies and Italy’s Eni have the financial resources to lead the energy transition if they get shareholders’ support. The bigger question is whether they can attract and retain the staff they need to deliver on their plans.

“Our strategy is going in the direction where we need it to go,” says the BP employee. “But people in their early career, they want to see tangible results very quickly, and they tend to be impatient.”