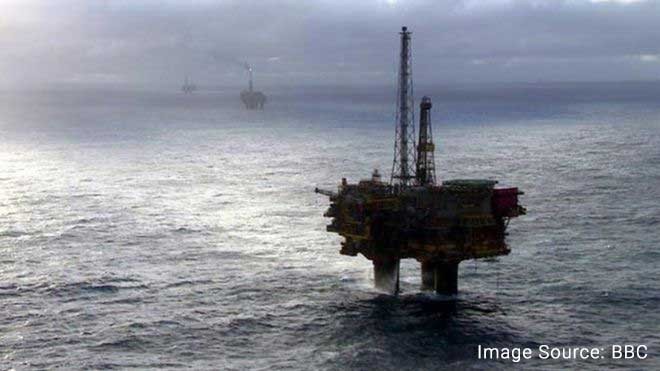 Oil exploration in North Sea 'to bounce back' in coming year

Oil exploration in the North Sea is expected to begin a bounce back over the coming year, according to analysts Wood Mackenzie.

Forecasters believe the figure will increase over the coming year, with the Norwegian sector expected to experience the biggest growth.

It is predicted 60 wells will be drilled in waters of the UK, Norway, the Netherlands and Denmark.

Research analyst Kevin Swan said: "Norway will be at the heart of the uptick, with drilling expected to reach pre-downturn levels.

"Exploration is back in the UK too. It languished in 2018, with just eight wells drilled, the lowest number since the 1960s.

"We expect the UK sector to see between 10 to15 wells this year."

Equinor - formerly Statoil - is expected to drill around 20 wells in UK and Norwegian waters.

Overall production is expected to remain flat, according to the research, with 6.3 billion barrels of oil and gas expected to flow.

Total's Culzean field and Equinor's Mariner project are scheduled to begin production in UK waters around the middle of the year.

But the biggest contribution is expected to come from the giant Johan Sverdrup, one of the biggest oil fields ever discovered in Norwegian waters.

Development expenditure is also predicted to increase, principally driven by oil majors such as BP and Shell.

"Our challenge is to build on our successes to generate increased exploration activity."