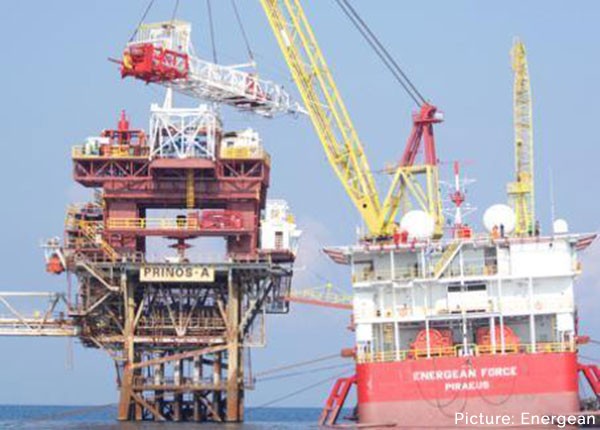 An oil and gas firm focused on the Mediterranean has acquired a portfolio containing a stake in a massive North Sea discovery after beating off competition from Cairn Energy.

Energean won a bidding war to buy the oil and gas portfolio amassed by Italian energy firm Edison with an offer valuing the business at up to $850 million (£675m).

The deal will allow Energean to add interests in areas such as the North Sea to an asset base centred on Israel and Greece.

It will give Energean a stake in the Glengorm find east of Aberdeen, which caused a stir in the industry when it was announced in January.

Estimated to contain 250 million barrels oil, Glengorm was described by experts as one of the biggest made on the United Kingdom Continental Shelf for more than a decade.

Energean and Edinburgh-based Cairn Energy faced off in the final round of bidding for the Edison portfolio, according to a report by Reuters.

However, chief executive Simon Thomson has made clear Cairn would be interested in buying North Sea assets at the right price.

Cairn has built a big position in the North Sea through acquisitions on his watch.

The company is generating huge amounts of cash from two fields off Scotland which it has brought into production with partners in recent months.

The Edison portfolio also includes stakes in the producing Scott and Telford fields in the Central North Sea and interests in three gas fields off England.

The bulk of the assets in the Edison portfolio are in the Mediterranean and the Nile Delta. However, Cairn has also shown interest in the eastern Mediterranean since Mr Thomson took charge in 2011.

The company completed early stage work in Malta and Cyprus under Mr Thomson’s plan to combine potentially transformational exploration work in what are seen as frontier areas with lower risk North Sea activity.

Energean chief executive Mathios Rigas said the acquisition established the group as the leading independent, gas-focused exploration and production company in the Mediterranean.

He said a key priority for the group would be to complete the development of the huge Karish and Tanin fields off Israel, with first gas expected in 2021.

That focus may mean the company is prepared to listen to offers for the UK assets it will acquire through the Edison deal.

Energean highlighted the potential of the Glengorm find in its announcement of the Edison deal. Edison has a 25 per cent interest in the field. The rest is held by China’s CNOOC, which operated the discovery well, and French giant Total.

The sale of the oil and gas portfolio by Edison continues a process which has seen some energy firms retreat from the North Sea in order to focus investment in other areas.

Edison said: “The transaction means exiting from a highly volatile and capital-intensive segment, with a higher risk profile than Edison’s other strategic businesses.”

Edison said it plans to make hefty investments in renewables in Italy and in strengthening its activities in the retail market and energy efficiency services.