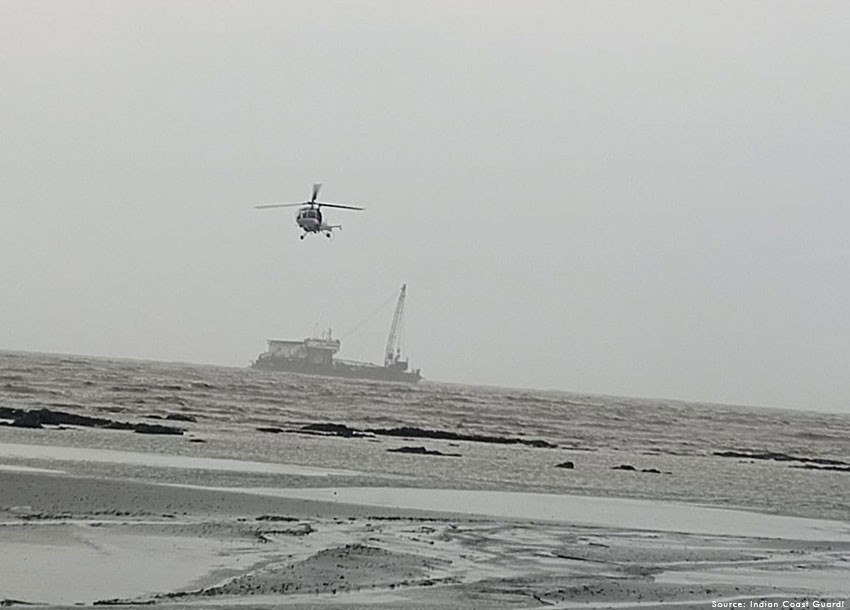 Hundreds of workers were rescued and some are still missing after three construction barges and one drillship working for ONGC in fields off Mumbai, India went adrift as a cyclone hit the Arabian Sea.

According to a statement by ONGC on Tuesday, cyclone Tauktae hit the Arabian Sea off the coast of Mumbai in the early hours of 17 May 2021 where the company’s major production installations and drilling rigs are located. The wind speed rose to nearly150-180 Km/hr with 6 to 8 meters high waves.

India’s Firstpost reported on Tuesday that at least seven people lost their lives in Gujarat as cyclone Tauktae left a trail of destruction.

ONGC further said that, due to the severe cyclonic storm, unfortunate incidences have occurred involving three construction barges of M/s Afcons working on a project of ONGC in Western Offshore fields in the Arabian Sea and one drilling rig of ONGC deployed for exploration purpose.

The company said it is taking all possible measures in coordination with ODAG (Offshore Defence Advisory Group) and MRCC (Maritime Rescue Coordination Centre) to ensure the safety of personnel and vessels.

Due to a combination of the cyclone and high sea swell, the anchors of the barge had given away, and the vessel started drifting. For rescue operation, INS Kochi and INS Kolkata – two ships of Indian Navy and one Tug Boat of Afcons, one OSV of ONGC, Coast Guard vessel ICG Samarth have also been pressed into service.

These vessels have reached the location and have started rescue operation. Three more ONGC OSVs and two MSVs have been mobilized.

Anchors of the barge gave away and it started drifting North-West. It is clear of all operational Installations of Mumbai High.

The vessel is under control and there is no water ingress. Two ONGC OSVs are on their way to provide the necessary help.

ONGC said the barge was drifting at Colaba Point with water ingress in the engine room. Coast Guard vessel ICG Samrat and Mumbai Port Trust vessel Water Lily are at the location for rescue and support.

Subsequent reports from the Indian Navy said the Gal Constructor barge with 137 crew grounded off Mahim.

The cyclone hits India as the country is grappling with a surge of Covid-19 cases. The pandemic has also impacted oil and gas operations. Around 80 ONGC workers at the Heera field have recently tested positive for Covid-19.