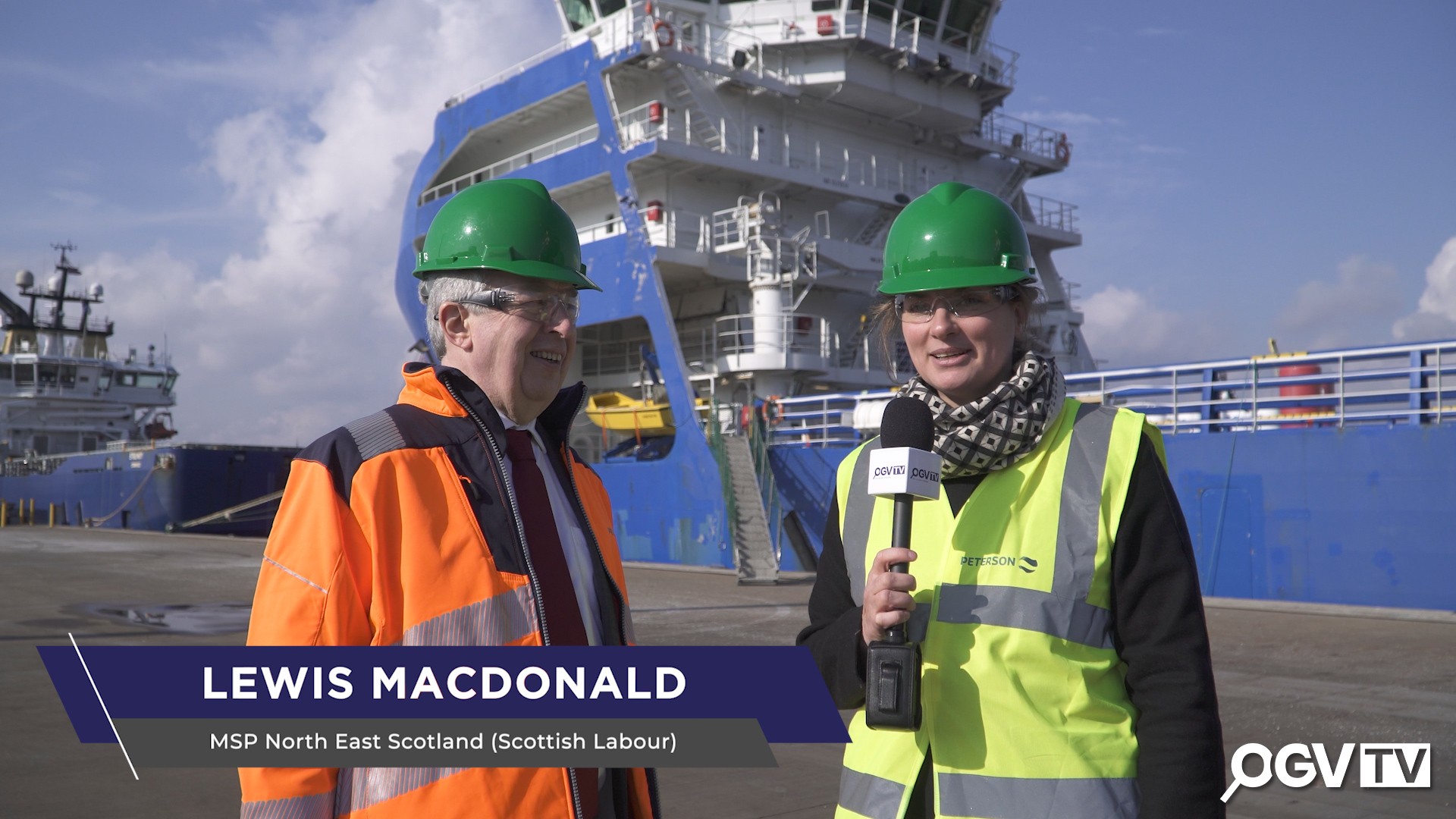 I'm here today with Lewis MacDonald MSP from the Scottish Parliament who has long championed the work of apprentices in Scotland and is here today supporting the Peterson and SDS initiative. Lewis, apprenticeships have long been a source of passion for you. You've done a lot of work in this sector.

Yes, I have and it's a number of years since I was Scottish government minister with responsibility for lifelong learning and that meant initiating quite a lot of new things apprenticeship and around training schemes. But as a member of the Scottish Parliament I'm still very engaged with those issues and very keen to see even more done on promoting apprenticeships. It's great to develop both foundation apprenticeships, graduate apprenticeships, new ways for people to access skills and training, but we should never think we've done it all and that we've done enough there's always new challenges out there that we should try and find new ways to get people into the workforce and give people the skills they need to make the most of the opportunities that are there.

I think that's absolutely correct. How do you feel about collaborations like today between Peterson and Skills Development Scotland? Do you think these are important part of how we develop the workforce going forward?

I think it’s absolutely essential. I think what a government agency like SDScan bring to the table is their wider connections obviously government support and political support is important too but you need companies employers like Peterson who get the difference it makes not just the young person but to the company as well. They get a benefit as well as the young person getting the benefit and what's been really interesting today is to see the number of different skills and the number of different career paths even within one company and of course for young people, some of whom will start an apprenticeship and not be a hundred percent clear about what it is they want to be doing in the future. There are opportunities if you're in a company that's got different strands to learn as you go along about what is going to be best for you and take forward the thing that works for you best. It's really interesting to see that in a company like Peterson not every company has got that range of skills and and so SDS can also play an important role for smaller employers who maybe don't have the variety within the business but who are able to benefit from one or two or three or four apprentices and SDS can help provide them with the links that they don't have as a smaller employer, but that they can benefit from as well.

I agree. I think the opportunities for this level of project is absolutely fantastic across the industry. Do you think that the events that we've seen this week are helpful in terms of changing the perception of the industry and making it more attractive to the young workforce?

I think it's certainly very important to celebrate apprenticeship to recognise what a success it can be and there have been many successes many thousands of people who have benefited from apprenticeships over the last 20 years and beyond. So, I think that's great and I think bringing people together has happened at the Scottish Parliament this week to celebrate apprenticeships across Scotland, that was fantastic. But also here on the key side in Aberdeen, we can see the reality of what it means for the young people going through apprenticeships here. I think celebrating at every level not to say we've done everything we need to do but to say look how well this works. How can we do more of it? How can we bring the benefits of apprenticeship to more people and two more employers as well. I think that's an important part of what this week is about raising awareness for youngsters and for people who perhaps started on one route of employment and may be looking for another but also for the employers and businesses to see how much they can get out of it too.

Yeah, absolutely and I think as well that accessibility of apprenticeships that's maybe more attractive to people that aren't so academically inclined to find other ways into industry. Do you think that's an important part of it too?

It really is and you know 20 years ago when I was first elected in office we were very pleased about the fact that half the population were going to University and that's really important because it's one way in which people realise their potential but the other half of the population and for many people even many people who at that time were being encouraged to go down the University route would actually have benefited more from the apprenticeship route. So I think it's important to have different routes available for different people and I think the graduate apprenticeship which allows people to combine higher education with hands-on learning and employment, that's a good option too. The more options there are for people the more likely we are to give everyone the chance to maximise their own potential.