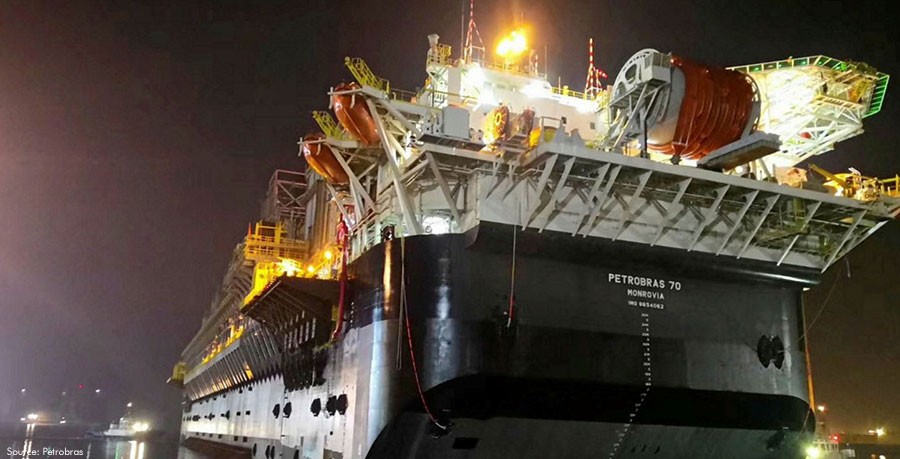 Oil majors Shell and TotalEnergies have paid $1.1 billion and about $947 million, respectively, for an increased stake in the Petrobras-operated Atapu field located offshore Brazil.

About two weeks ago, Petrobras revealed it had received about $1.1 billion from Shell for its share of 25 per cent in the compensation for Atapu, a block acquired in December 2021 by the consortium composed of Petrobras (52.5 per cent), Shell (25 per cent), and TotalEnergies (22.5 per cent) in the 2nd Bidding Round for the transfer of rights surplus under the Production Sharing Regime.

In a separate statement on Thursday, Shell confirmed the payment had been made to Petrobras to formally acquire the stake in the Atapu field. Shell paid $ 1.1 billion to Petrobras for the increased stake in the field.

“This transaction is the latest proof point of our commitment to further strengthening our advantaged deep-water positions in Brazil,” said Zoe Yujnovich, Shell Upstream Director. “With a leading global deep-water portfolio, this stake in the Atapu field directly supports our Powering Progress strategy to deliver the stable, secure energy resources the world needs today while investing in the energy of the future.”

On the other hand, Petrobras on Tuesday received the updated payment of R$ 4.7 billion (about $947 million) from TotalEnergies, referring to the 22.5 per cent share in the Atapu compensation.

Following the compensations made by Shell and TotalEnergies, Petrobras signed the PSCs with both companies on Wednesday for the surplus volumes to the Transfer of Rights of Atapu.

With the contract now signed, Shell will start receiving its additional share of oil from the field, the oil major explained in its statement.

Atapu is a pre-salt oil field in the Santos Basin located in waters depths of about 2,000 meters. The production from the field started in 2020 through the P-70 floating, production, storage and offloading unit (FPSO), which has the capacity to produce 150,000 barrels of oil equivalent (boe) per day.