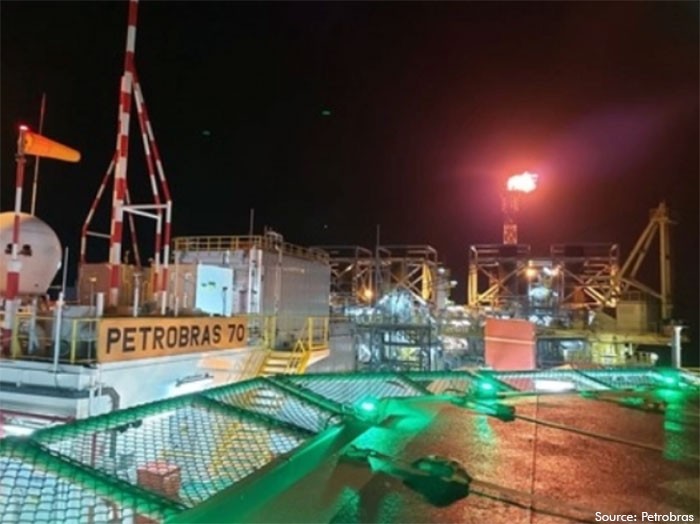 Petrobras kicks off production from Atapu field off Brazil

Petrobras has started the production of oil and natural gas from the shared deposit of Atapu, through P-70 FPSO, located in the eastern portion of the Santos Basin pre-salt, near the Búzios field offshore Brazil.

Announcing the start of production on Thursday, Petrobras said that Atapu would contribute to the growth of production in the pre-salt, which is becoming increasingly relevant for the company.

The P-70 own platform, the fifth FPSO of the series of replicants, has the capacity to process up to 150,000 barrels of oil daily and treat up to 6 million m³ of natural gas.

The unit will operate about 200 km off the coast of Rio de Janeiro state, in 2,300 m of water depth, with a forecast of the interconnection of up to eight producing and eight injection wells.

The unitization process of the Atapu shared deposit, which comprises the fields Oeste de Atapu, Atapu and a portion of the Union’s non-contracted area, was completed in September 2019.