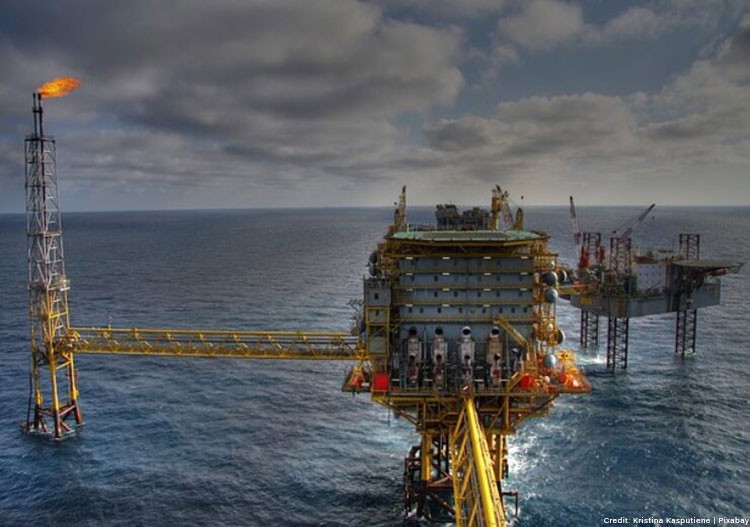 British workers on South American oil rigs are lobbying the Government for an exemption from the new hotel quarantine rules because they will create 'unacceptable' working conditions.

Stena Drilling, an Aberdeen-based drilling firm, has employees working on two drillships off the coast of Suriname and Guyana. Both are on the Government's red list of 33 high-risk Covid-19 countries, meaning from Monday the oil and gas workers must quarantine for ten days in a Government-approved hotel when they return to the UK.

But Stena Drilling said its safety procedures are the industry's 'gold standard' and that if employees have to isolate for ten days in a hotel after spending ten weeks on a rig, they will only have two weeks' leave to spend with their families.

The firm's HR director Trish Craig has written to Business Minister Anne-Marie Trevelyan asking her to add oil and gas workers to the list of exemptions from hotel quarantine to allow offshore crews to return directly home on arrival in the UK.

She said: 'Having only two weeks at home in such a safety-critical industry will be unacceptable and will force us to close the operation down, which will put hundreds of jobs in jeopardy.'

Stena Drilling has not had a single case of Covid on its rigs because its workers isolate for 14 days in a company-run quarantine at the Marriott Hotel at Heathrow before flying to South America, and take two PCR Covid tests before departure. Further strict procedures are in place for transport to and from the rigs on sanitised charter jets.

Stena manager Nick Anders added: 'Sadly, these measures have resulted in our crews spending further time away from their home and families. We are deeply concerned that, if they have to spend even more time away, their mental health and wellbeing will suffer.' The oil and gas industry has been hit by a double whammy of low oil prices and a slump in demand due to Covid-19 lockdowns.