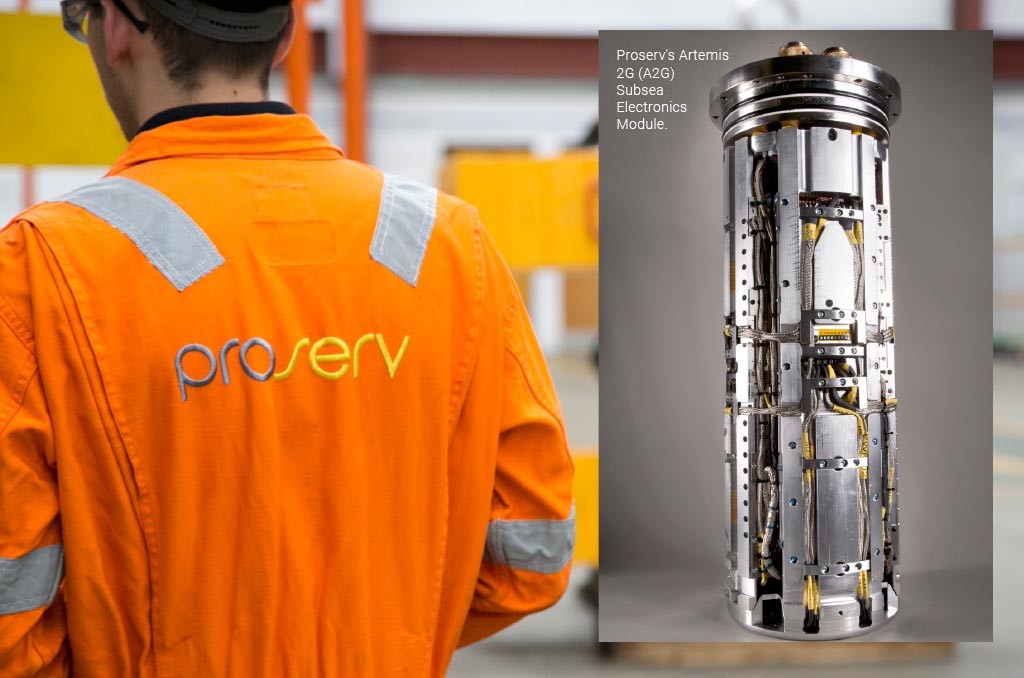 As the business world continues to wrestle with a pandemic that has brought about a radically altered way of life for everyone around the planet for 18 months, the oil and gas sector has displayed its typical resilience.

After oil prices plummeted in the spring of 2020 as global industrial activity and day-to-day travel fell off a cliff, they have now rallied, and operators have reverted to their de facto position of maximising returns and protecting their margins.

Nowhere is that better illustrated than in the subsea sector where, considering the relative expense of extracting every barrel and the fact equipment is located at the very bottom of the ocean, extending life of assets and demanding better efficiencies and reliability of performance are clearly paramount.

Its findings suggest that the subsea space is very much influenced by caution around investment in new developments, alongside a desire to drive profitability by further exploiting its brownfield assets.

Approximately 40% of the operators surveyed believe that they receive a high return on investment on subsea tiebacks – effectively adding new wells on to the existing subsea production infrastructure.

Iain Smith, Senior Vice President at Proserv, a prominent global supplier of controls technologies, and previously the leader of the Aberdeen based firm’s entire subsea business, explains the thinking:

“When you have an industry looking to save money and protect margins, tiebacks make perfect sense. Development costs are many times lower when compared to new greenfield sites – you’re looking at millions versus tens of millions of dollars. You’ve already got much of the infrastructure in place, so timeframes are also more rapid for an operator to get that extra oil into production and start earning revenue.”

Kimberlite’s Subsea Equipment & Services Supplier Performance Report, released last year, had already painted a picture of reduced sentiment around development expenditure with Covid-19 starting to impact all aspects of life and the oil price in retreat. The study predicted that through this year into 2022, strategy would focus principally on brownfield enhancement and expansion by “exploiting opportunities within existing fields”.

But this is where the crux issue of the reliability of the vital controls technology kicks in.

One major headline statistic from the latest Kimberlite release is that 80% of the operators interviewed presently own subsea wells requiring equipment maintenance or repair in 2021, with their subsea control systems being the most likely piece of equipment to fail.

Iain Smith says this is a core fundamental problem in the subsea industry and something Proserv has been warning about for years:

“It’s all very well operators planning to expand their existing brownfield assets after five or ten years with a few additional wells to maximise returns if, by the time they want to make that investment, their subsea control system has become unreliable and is now obsolete as the manufacturer they bought it from no longer supports the product, because it has released an upgraded, newer system in the meantime.”

Proserv’s Chief Technology Officer (CTO) Tore Erntsen observes that some operators subsequently abandon their extension strategies, as they believe their only remedial option is an expensive and time intensive full system upgrade, rendering their plans unviable.

“We have focused much of our own coexistence technology development on mitigating this exact problem via affordable retrofit capabilities, as it is such a regular occurrence.

“Right now, with prices and sentiment improving, operators are looking to leverage their known reserves through tiebacks but having to manage failing and unreliable controls can be a serious hurdle to achieving this.”

But there are clear signs that the subsea segment is now starting to look beyond conventional, established thinking to detect advantages that could boost its margins moving forwards.

For instance, a further eye-catching finding from last year’s Kimberlite Subsea Equipment & Services Report is that well over two thirds of operators see no differentiators in the performance, or even offering, of subsea trees. The Report states:

Proserv’s Smith isn’t at all surprised and reveals that operators have admitted procurement has previously been directed in the wrong areas, saying that convenience and lack of foresight were factors:

“It is easy to buy a subsea tree and then get the controls thrown in from the same supplier to speed everything up before a well is brought on stream. But a few years later these same operators seriously regret it when their controls start to break down.

“Subsea electronics are the key area where most problems can emerge, not the tree, but a lot of the initial investment decisions just don’t consider that eventuality. In the end, operators can needlessly waste money having to replace this equipment.”

Kimberlite’s Subsea Equipment & Services Report certainly seems to support Smith’s point of view with concerning figures for operators around subsea control system average mean time between failures, with problems developing after just 22 months of operation. Furthermore, the subsea control module, and the electronics within it, account for more than 70% of component failures.

Tore Erntsen says the subsea market is like any other with new technological enhancements such as remote operations and real-time monitoring continually pushing the envelope around capabilities but “the need for reliability from the control system is an over-riding consideration” otherwise strategic planning and the bottom line can be severely dented.

But Proserv’s CTO offers another intriguing thought for the future, with environmental, social and governance commitments front and centre of boardroom policies and strategy right now:

“One of our own key USPs is the fact, with our backwards compatibility and faster bit rates, we can solve those reliability problems affordably and quickly with limited intervention, and even supply increased functionality. What that means is more refurbishment and reuse of existing equipment and far less wasteful replacement.

“We can then enable additional instrumentation and sensors like leakage detectors to be fitted on to existing assets, by utilising our open communications infrastructure.”

Erntsen emphasises that retrofitting a subsea electronics module on any existing system is clearly less of an environmentally intrusive option for an operator needing to improve performance on a failing subsea field, than ripping out and replacing much of the vital infrastructure.

“As customers think more and more about their carbon footprints, and we all seek to address global warming, the environmental costs of full subsea system upgrades will become a significant deterrent. Saving money and time, alongside greater environmental responsibility, will become the persuasive offering.”