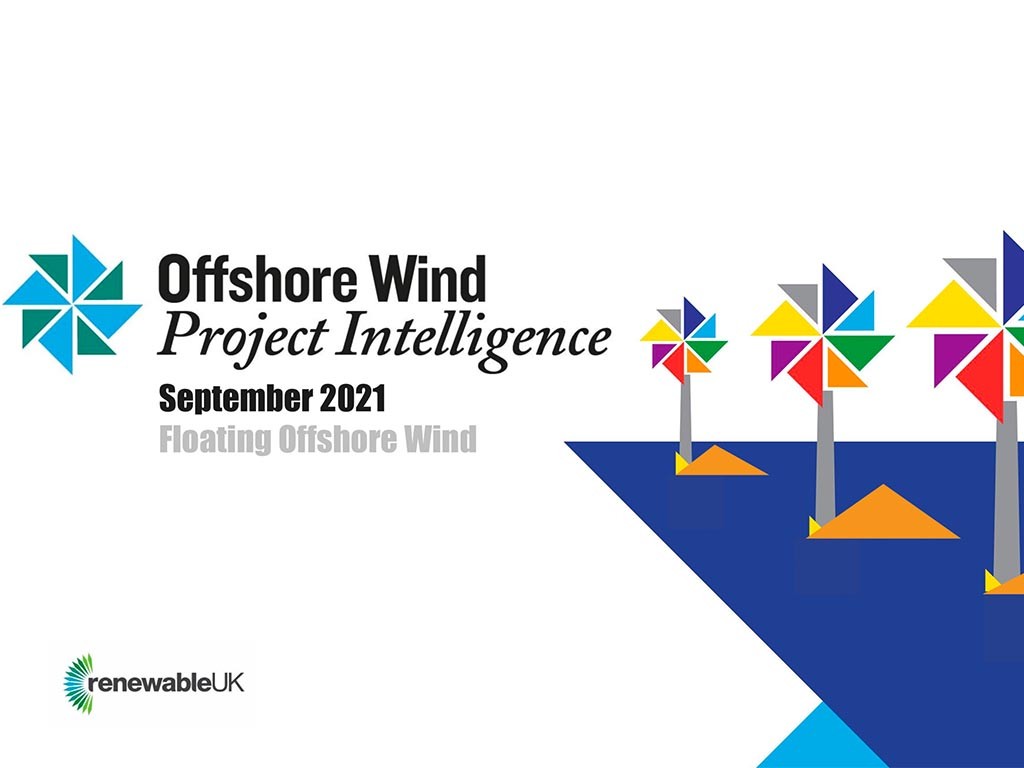 There is no one solution to the challenge posed by climate change. Indeed, our net-zero ambitions can only be realised through a combination of different innovations, cross-industry collaboration and nationwide dedication. Floating wind is only one part of the jigsaw, but it has been heralded for its potential to become a major contributor to decarbonisation both in the UK and further afield. As the professional association presenting all areas of renewable energy in the UK, RenewableUK has published its latest report on floating offshore wind to demonstrate how far we have come and how far we could yet go in the future.

One of the key findings of RenewableUK’s latest Floating Offshore Wind Project Intelligence report is that global floating offshore wind has the potential to deliver an estimated 54GW of offshore wind, if the vast number of projects around the world currently in development are fully constructed. Some of the biggest players in the market include Oceanex, OX2, Iberdrola, Renexia, Equinor and TotalEnergies, and projects are being progressed across Europe, East Asia, North America and Australasia.

Across the whole of Europe, approximately 19,500MW is currently being developed and lease auctions are underway that could result in an additional 9,800MW of floating wind projects depending on their outcome. As would be expected by the UK’s trailblasing approach to innovation and supply chain optimisation across the entire renewable energy field, our pipeline of projects continue to lead the way with a capacity at 8,808MW, compared to Ireland’s 7,700MW, Sweden’s 6,227MW, Italy’s 3,654MW, Norway’s 1,611MW and Spain’s 1,477MW.

Looking further afield, there is an estimated 16,345MW of floating offshore wind capacity in development around the world, outside of Europe. Approximately 5,460MW is also currently moving through the leasing process, with countries such as Australia, South Korea, the USA, Taiwan and Japan demonstrating the most growth in floating offshore wind.

The future of floating offshore wind

The global forecast for the sector is nothing but positive right now. Nearly all markets around the globe are predicted to grow in the next ten years, with significant development expected in Northern Europe. Both the UK’s commissioning activity and forecasted growth are greater than that of any other individual country within Europe, keeping Great Britain at the forefront of the industry for at least the next decade. On a global scale, South Korea and Taiwan are expected to deliver a substantial proportion of the projected expansion in floating offshore wind until 2029, at which point the USA and Japan are set to contribute in a big way as well.

Floating offshore wind is just one part of the complex solution that renewable energy will deliver in our quest for global net-zero. With the opportunity to upscale capacity surpassing that in several other green energy sectors, it is likely to be a major contributor.

In the UK, the government has set a target of 1GW of floating wind capacity by 2030.

Speaking at RenewableUK’s Floating Offshore Wind 2020 event, in his previous role as the Minister for Business, Energy and Clean Growth, before he was promoted to become the Energy Secretary, Kwasi Kwarteng, said floating wind would play a major role in the UK's future energy mix. He described it as "a hugely exciting opportunity and a dynamic area of growth which sits squarely and centrally in the Government's goal to reach net-zero emissions by 2050". The Minister emphasised that early deployment will create long term economic growth and industrial benefits, ensuring that supply chain benefits are captured in the UK. He added that there is no reason why the UK cannot seize the opportunity of world leadership in this technology. Though many appreciate that floating offshore wind has been directly recognised, there have been several calls to increase the 1GW target to encourage maximum growth in the sector. With even greater support, there is widespread potential to accelerate development in the field and fully utilise the opportunities afforded by locations currently being established, such as the North Sea and the Celtic Sea.

It is now up to world governments, project designers, developers, manufacturers, stakeholders and other organisations throughout the global supply chain to help realise the potential of floating offshore wind. Rhys Thomas, Information Manager at RenewableUK, comments:

“The recent RenewableUK Offshore Wind Project Intelligence report demonstrates the massive opportunities within floating offshore wind both here in the UK and around the world. It is interesting to note how the UK compares to other countries around the globe when it comes to floating offshore wind, with a larger pipeline proposed here than anywhere else. Though other markets in countries such as South Korea, Japan and Australia could grow exponentially in the coming years, our world ranking is a testament to our focus on innovation as well as our established leading position in fixed foundation technology offshore wind.

“With all this in mind, floating offshore wind is likely to become a major contributor not only to the production of green energy and the realisation of net-zero, but also for world economies as it creates employment opportunities for a highly skilled workforce.

“Training and the transfer of skills from existing industries into floating offshore wind is just one way to support growth of the sector. We also need to see the continued fast-paced development of technologies, a higher level of ambition from Government on deployment targets and considerable investment from the private sector.”

As all of these areas come together, the UK will be able to move floating wind projects into deeper seas. There will also be much inspiration and knowledge to be shared with other countries and experiences to be learned from as we all work towards a greener planet.

For your copy of the RenewableUK Offshore Wind Project Intelligence Reports, contact RenewableUK to become a member today at www.renewableuk.com