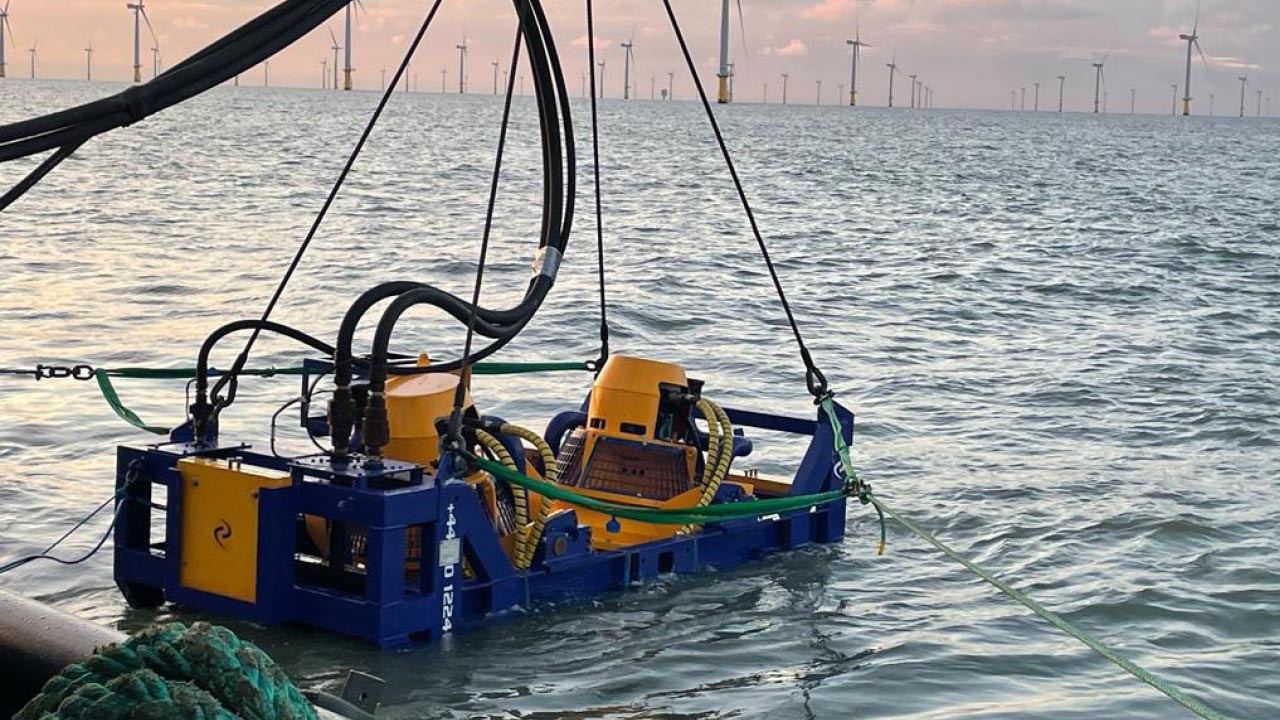 With sector-leading controlled flow excavation (CFE) and suspended jet trenching technology - and a reputation to match - Rotech Subsea is enjoying a period of unprecedented global demand for its trenching and excavation solutions to the renewables, oil & gas, decommissioning and energy sectors.

Rotech Subsea - whose in-house research, development and engineering team has created a suite of cutting-edge non-contact trenching, excavation and cable/boulder grab & cutting tools - has long been the partner of choice for European operations in pre-commissioning, commissioning & IRM. Increasingly, however, the contractor is experiencing demand from clients across Asia, the Americas, the Middle East and beyond.

With contracts running well into 2023, Taiwan has been a happy hunting ground for Rotech, so much so, that after a series of successful cable trenching and seabed levelling campaigns in the offshore wind sector, the company has established a new entity in the country. A major umbilical post trenching scope off Australia’s south coast - the first time the international client had used a non-contact jetting tool to carry out such a scope - has confirmed Rotech’s pre-eminence in the sector in the region.

This global expansion has been precipitated by the evolution of a suite of 18 trenching and excavation tools which have successfully completed over 500 jobs between them. New to the portfolio is the unrivalled ‘TRS3’, which was purpose-designed and built for specific regions and has soil cutting capabilities of 300kpa allowing it to cut extremely hard seabed material.

“We have always listened to the market to deliver more efficient and effective tools,” explains Director of Subsea, Stephen Cochrane.

“Like our other trenching and excavation tools, the TRS3 fluidises and excavates soils on the seabed in a controlled manner with powerful jet trenchers allowing us to cut deep and very narrow trenches. The flexibility to have a twin tool set up increase’s productivity.”

2022 is set to be Rotech’s busiest on record, with Cochrane describing the spike in global demand as ‘phenomenal’. After Asia, the Americas - where the company has been awarded its first US offshore wind farm export cable trenching contract, as well as servicing clients in the Caribbean - offers another huge opportunity for growth.

“Breaking into the Americas with a major subsea cable installation and maintenance player is a huge coup for us,” adds Cochrane. “The offshore wind sector in North America is in its infancy compared to Europe so we expect to see our activity grow exponentially as the market there gathers pace.”