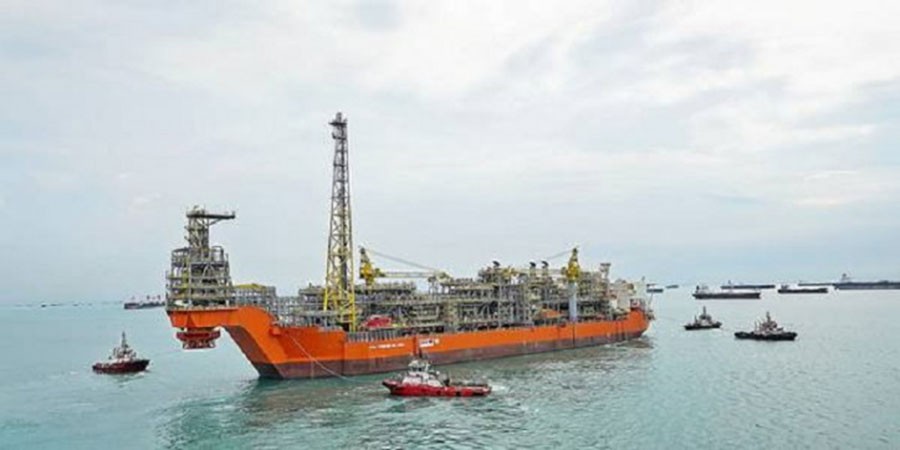 FPSO Alexandre de Gusmão will be deployed at the Mero field in the Santos Basin offshore Brazil, approximately 100 miles from Arraial do Cabo, Rio de Janeiro state. The FPSO will be the fourth vessel of its kind in the definitive system for the Mero field.

Mero is a project under Libra Consortium responsibility, in which Petrobras is the operator with 40 percent. Its partners Shell and TotalEnergies hold 20 percent each while CNODC and CNOOC hold 10 percent each. Pré-sal Petróleo S.A. (PPSA) is the manager of this contract.

SBM Offshore will design and construct the FPSO Alexandre de Gusmão under its Fast4Ward program. The company’s fifth MPF hull has been allocated to this project. Completion of the FPSO is expected in 2024 and production is scheduled to start in 2025.

The fourth MPF hull, which will become the FPSO Almirante Tamandaré – the largest oil production unit to operate offshore Brazil – has also been allocated to Petrobras and will be working on the Búzios field.

SBM Offshore ordered the hulls for the FPSO Almirante Tamandaré and FPSO Alexandre de Gusmão back in December 2019. The hulls were ordered from Shanghai Waigaoqiao Shipbuilding and Offshore (SWS) and China Merchants Industry Holdings (CMIH), respectively.

The first three FPSO’s made under SBM’s Fast4Ward program were allocated to ExxonMobil’s Guyana developments.

As for the FPSO Alexandre de Gusmão, it will be capable of processing 180 thousand barrels of oil and 423.8 cubic feet per day of gas.

The project foresees the interconnection of 15 wells to the FPSO, 8 of which are oil producers, 6 water and gas injectors, and 1 convertible well from producer to gas injector through a subsea infrastructure composed of rigid production and injection pipelines and flexible service pipelines. So far, the project has four wells drilled and two completed.

Before this contract was signed, Petrobras already agreed to three definitive Mero systems. The first, or Mero 1, will start producing in 2022 through FPSO Guanabara. It will be followed by Mero 2 via the FPSO Sepetiba in 2023, while Mero 3 will start production in 2024 through the FPSO Marechal Duque de Caxias.