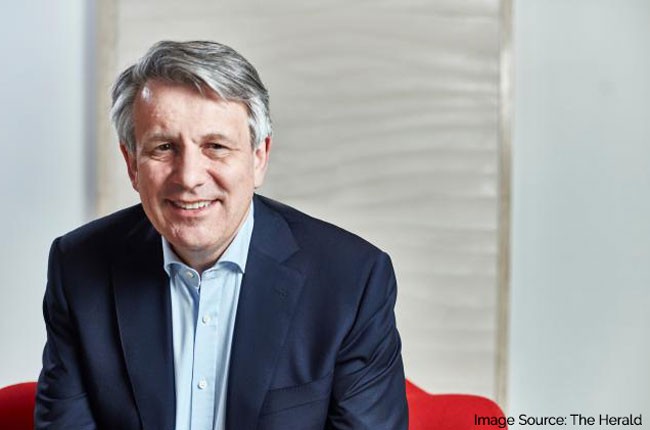 Royal Dutch Shell chief executive Ben van Beurden has said the oil giant will invest billions in the UK North Sea in coming years in spite of the uncertainty around Brexit.

Mr van Beurden said the UK North Sea forms an important part of the conventional oil and gas portfolio which will remain a key driver of growth as Shell looks to play its part in the transition to a lower carbon energy system.

While Shell slashed investment and jobs in the North Sea in response to the crude price plunge from 2014, Mr van Beurden noted the emphasis has shifted to growth.

This includes stakes in huge new developments West of Shetland along with assets off eastern Scotland and England which Shell reckons have long term potential.

Asked about the potential impact of uncertainty around Brexit on investment, Mr van Beurden said: “In the last few months you will have seen us taking quite a few investment decisions on UK resources.”

He added: “We think we will be investing billions of dollars still in the years to come in the conventional oil and gas business here in the UK, in the North Sea.”

The projects Shell has approved in recent months include plans for an increase in capacity at the Shearwater platform east of Aberdeen and a revamp of the giant Penguins field off Shetland.

Coming soon after Shell’s finance chief Jessica Uhl hailed a “huge step up” at the North Sea business, Mr van Beurden’s comments will boost confidence in the outlook for the area following a tough few years.

The services industry was hammered by the fallout from the oil price drop from 2014 to 2016, which led many firms that control fields to cut spending.

North Sea industry leaders yesterday highlighted other signs of the recovery fuelled by the rise in the oil price from late 2016, amid moves by major exporters to cut production to support the market.

“Many exploration and production operators are cash flow positive for the first time in years; rebalancing their books and yes paying off debt and giving back to shareholders but also increasing their activity too,” Ms Michie told the trade body’s 2019 conference in Aberdeen.

Shell bosses noted the firm had the potential to pay out $125bn (£100bn) or more to shareholders in the form of dividends and share buybacks in the period of 2021-2025. It is conducting a $25bn buyback programme.

Ms Michie welcomed signs parts of the North Sea supply chain are starting to feel the benefit of the recovery but lamented the fact some firms have missed out.

“With margins remaining under pressure the sustainability of some areas of our supply chain is challenged and so some operators do have a choice,” said Ms Michie. “And that is to ensure a better share and more balance in terms of the risk and return now or find yourselves and industry as a whole paying for it sooner rather than later.”

While oil and gas firms have faced pressure to cut production from climate change activists, both Mr van Beurden and Ms Michie said the industry had a key part to play in supporting the energy transition.

Shell is investing heavily in increasing production of gas, which can provide a cleaner way of meeting growing global demand for energy than other conventional sources. It is also encouraging the development of new technologies ranging from wind power to car battery chargers.

Ms Michie said the industry could support an accelerating energy transition through its people, expertise and infrastructure, while meeting much of the country’s oil and gas needs.

Shell said it expect to fully sustain its upstream exploration and production business through the next decades, with heavy investment in areas such as the USA in prospect.

It is also targeting growth in areas like liquefied natural gas, petrochemicals production and the emerging power business.

The group said: "Shell expects to increase the dividend per share when there is line of sight to the completion of the $25 billion share buyback programme."