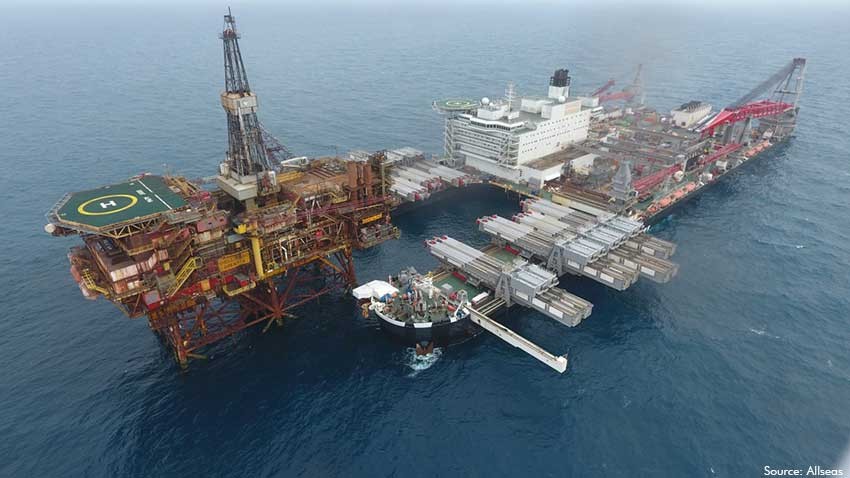 UK authorities have approved Shell’s decommissioning plan for the Brent Alpha jacket, located in the UK sector of the North Sea.

Following the approval, the offshore programme of work is planned to take place in 3Q of 2020.

After more than 40 years of production, the Brent field is reaching the end of its economically-viable life and the next step is to decommission the Alpha installation.

Brent Alpha is the third of four platforms, after Delta (2017) and Bravo (2019), to be decommissioned and removed from the Brent oil and gas field.

Shell selected the Pioneering Spirit vessel for all four jobs.

The Brent field is located in the East Shetland Basin in Block 211/29, midway between the Shetland Islands and Norway.

Beyond the Brent field, the oil and gas installation nearest Brent Alpha is the Statfjord B platform operated by Equinor.

The Brent Alpha substructure is a steel jacket which weighs more than 10,000 tonnes in air, being a weight of 28,719 tonnes.

The Brent Alpha installation was de-manned in October 2019, and the topside was successfully removed in June 2020. The topsides reached the Able UK’s decommissioning yard several days later.

The conductors have already been cut at 84.5 m below sea level, and they will be lifted away within the upper jacket by an HLV.

The upper jacket and the cut sections of the conductors will be carried by the HLV to the AF Gruppen site at Vats in Norway, where it will be dismantled.

All of the recovered metallic material of the upper jacket (an estimated 8,512 tonnes) will be recycled.

Footings will remain in situ. Leaving the Alpha jacket footings in place will also leave the drill cuttings pile undisturbed to degrade naturally.