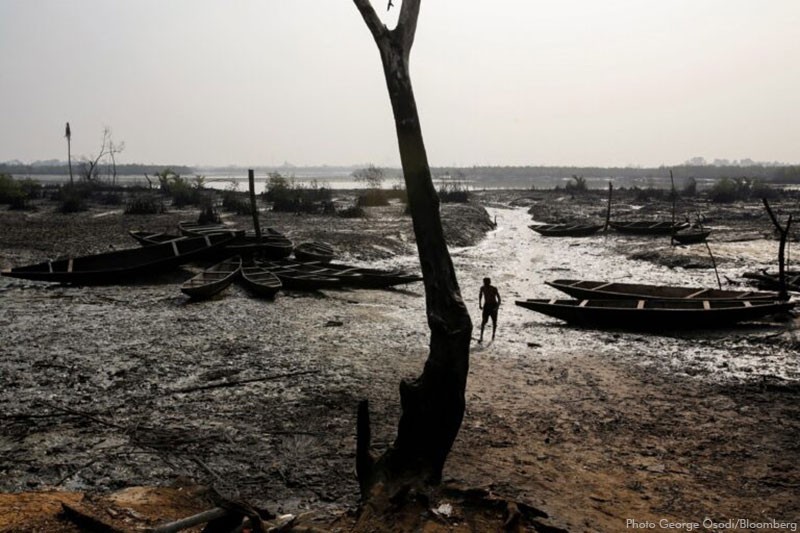 Royal Dutch Shell Plc’s Nigerian unit agreed to pay a local community $111 million to resolve a long-running dispute over an oil spill that occurred more than half a century ago.

The Anglo-Dutch energy giant will pay the Ejama-Ebubu people 45.7 billion naira ($111 million) in compensation to end a legal case that began in 1991, the community’s lawyer, Lucius Nwosu, said by phone. Shell approached a Nigerian court on Wednesday [Aug. 11] to disclose the development, he said.

The payment “is for full and final satisfaction” of a court judgment issued against the company 11 years ago, a spokesman for Shell’s Nigerian subsidiary said by email.

The settlement could simplify Shell’s withdrawal from onshore operations in Nigeria, Africa’s largest crude producer. The company has been selling assets to domestic investors for more than a decade to prioritize deepwater projects far removed from the difficulties posed by managing community relations.

Among Shell’s portfolio of onshore fields is Oil Mining License 11 — the site of the pipeline incident — which it operates in a joint venture with the state-owned Nigerian National Petroleum Corp., TotalEnergies SE and Eni SpA. Shell continues to face lawsuits over oil spills in the Niger Delta region in courts in Nigeria, the UK and the Netherlands.

The origin of the Ejama-Ebubu community’s grievance against Shell dates back to a rupture in one of the company’s oil pipelines in 1970. Shell said it maintains that the environmental damage was caused by “third parties” during a civil war that was raging at the time.

While the joint venture that Shell operates “does not accept responsibility or liability for these spills, the affected sites in the Ebubu community were fully remediated,” the company said.

In 2010, a federal court ordered Shell to pay 17 billion naira to the community. The oil major unsuccessfully challenged the decision on multiple occasions, including most recently at the Supreme Court in November.

In March 2020, a judge in a related court case said that including interest accrued, Shell’s debt stood at almost 183 billion naira by January 2019 — a valuation the company vehemently contested.

In February, Shell initiated arbitration proceedings against the Nigerian government at the World Bank’s International Centre for Settlement of Investment Disputes after its unsuccessful attempts to overturn the 2010 ruling. Shell didn’t say in its statement if it will withdraw the claim.

Shell will pay the agreed sum within 21 days, Nwosu said.