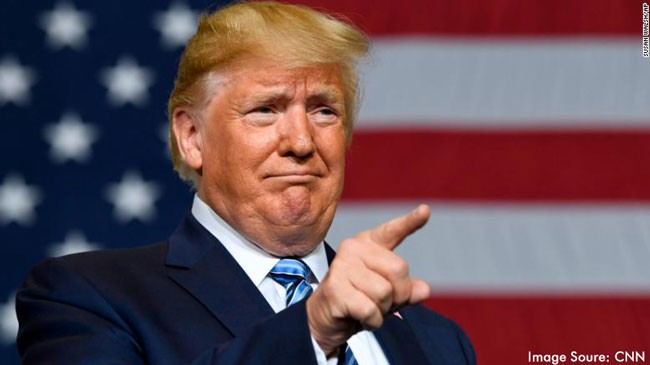 Shell Workers Could Have Lost Pay For Missing Trump Speech

Workers at the Royal Dutch Shell facility in Beaver County, Pennsylvania, were told that they could either attend President Donald Trump's speech on Wednesday or stay home and lose some of their weekly pay. The facility, one of the largest in America, employs at least 5,000 people.

The instruction was specified in a memo, which was first reported by the Pittsburgh Post-Gazette. The report noted that those who opted against attending Trump's address would have an excused, unpaid absence and would not qualify for overtime pay on Friday.

According to Shell spokesperson Ray Fisher, who spoke to NBC News via email, workers who opted to stay away from the speech would still be paid for the week, but less than those who scanned in and were on site on Wednesday.

The workers who tried to leave early, before Trump's speech had concluded at 3PM, were informed that Secret Service would not let them out of the warehouse until Trump had left the premises.

However, the event extended beyond 3PM, which caused workers to worry they would not get paid for the extra time they spent in the warehouse. After a series of boos and angry shouts, a plant employee tried to calm the crowd and let them know they would be getting paid for the time they were still there.

Following the end of his speech, Trump went on a tour of the construction site.

The White House hopes that the facility will serve as a symbol of the Trump economy in a key swing state. It will employ about 500 workers manufacturing plastic pellets made from ethane, a byproduct of fracking, that can be used in products like food packaging and auto parts.