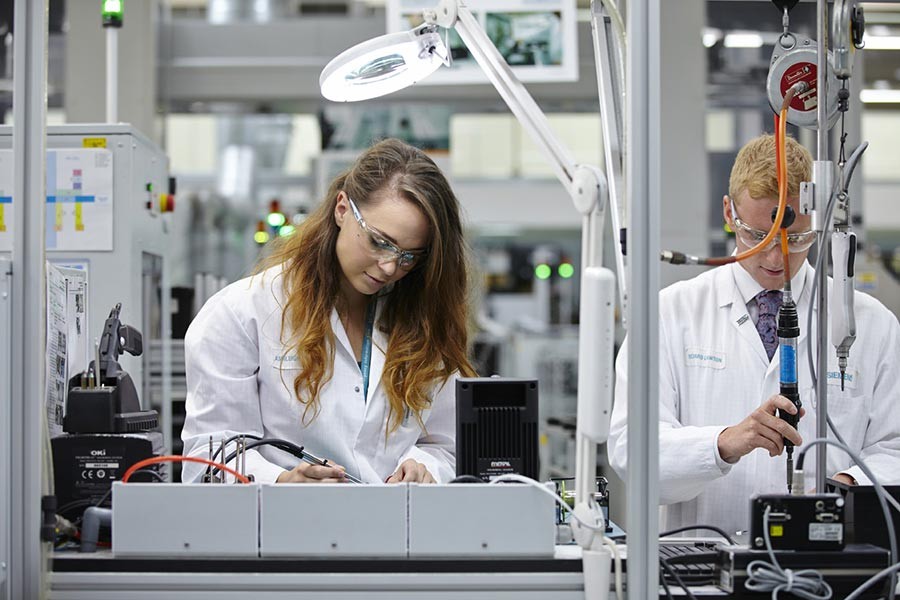 Siemens has beaten its target to achieve carbon neutrality for its Congleton factory by nearly a decade.

In 2015 the company announced its decision to achieve this across all its operations by 2030,

But Congleton, which manufactures more than 1.2m controls and drives each year, has hit the target after just eight years.

Siemens Digital Industries Congleton MD Andrew Peters said: “We want to help customers achieve sustainable growth and to transform their industries through decarbonisation. The first step of that is for us to achieve these ambitions in our own operations.

“We have achieved carbon neutrality, a major milestone in our ambitions to reach net zero emissions by 2030.”

Its success derived from a series of innovations including the generation of 75kw of renewable energy through a hydro-electric plant at Havannah Weir on the river Dane and the use of carbon neutral, certified biogas to power its on-site gas engine.

These have saved a total of more than a quarter of a million pounds annually and removed Congleton off the grid.

Additional improvements include a building management system which that can implement energy efficiency improvements by automatic adjustments.

Furthermore, introduction of new windows and LED lighting have reduced 13% and 30% respectively from the site’s total energy bill.

Meanwhile, landfill waste has been eradicated and electric vehicle charging introduced for staff and visitors.

Now, with a similar sized staff similar and within the same physical footprint, it manufactures 1.2 million electrical devices - including 600,000 variable speed drives.