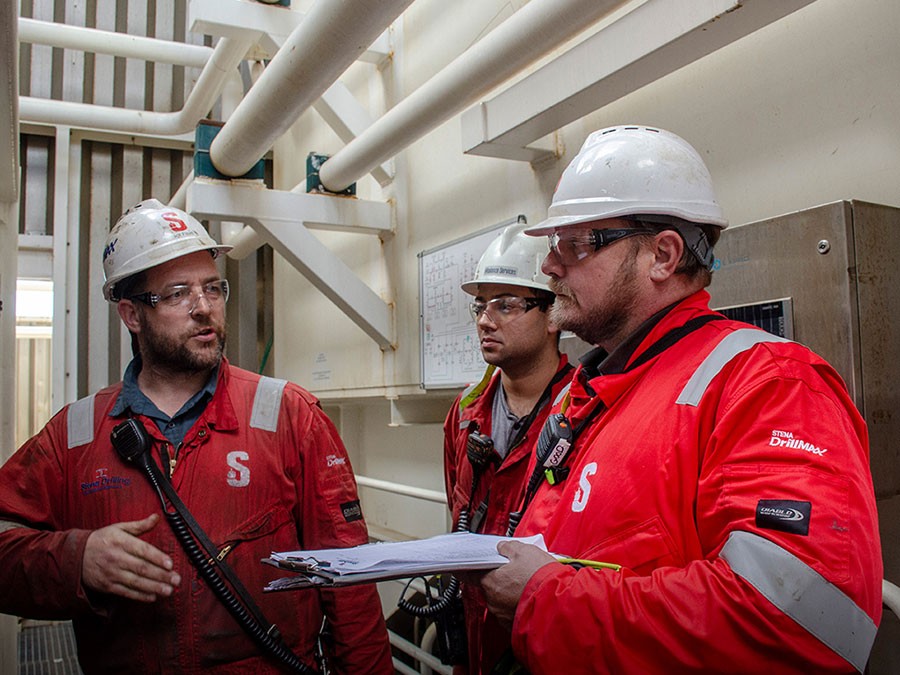 Reacting to a competitive Deepwater rig market as well as Operator’s increasing requests for Managed Pressure Drilling (MPD) capability in rig tenders, Stena Drilling identified a requirement to establish MPD Capability within its Deepwater fleet and in February 2016 sanctioned the purchase and integration of two Deepwater MPD systems on Deepwater Drillships. Since then the company has doubled its MPD fleet to four MPD Drillships and has successfully utilised all four systems to drill a total of eighteen Deepwater MPD exploration and appraisal wells across multiple regions and for multiple operators. This journey from ‘MPD Curious’ to providing a fully integrated MPD service as part of the rig contract has been the result of significant technical and operational achievements by Stena Drilling’s teams in close collaboration with the MPD Systems OEM, the vessels’ Classification Authority, and major Operators.

Following dialogue with the industry it became apparent that for Deepwater MPD operations, Operators increasingly wanted to move from a rental MPD Service with its higher mobilisation and integration costs towards a fully integrated, Drilling Contractor ‘Owned and Operated’ operational service offered as part of the wider rig service. This was also identified by Stena Drilling’s management as the preferred solution as, having had brief experience with rental MPD systems in 2014, it was clear that assuming ownership and responsibility for the MPD system was the only way to give the Drilling Contractor the risk assurance it desired when engaging in such a critical well activity.

Stena Drilling’s integrated MPD service model provides the Operator with a rig equipped with all necessary systems, competent personnel and detailed procedures required to perform all aspects of Deepwater MPD operations. The model provides a purpose-built system which conforms to the same design, installation and maintenance standards as the wider rig, in line with Classification, industry and regulatory rules. The system is maintained and operated by the Drilling Contractor’s crew using a combination of existing rig crew upskilled for MPD operations as well as new MPD positions, namely MPD Toolpushers and Control System Operators. These trained and competent crews deploy and operate the MPD system per Stena Drilling’s specific MPD operating procedures and in line with the Operator’s well program, ensuring a consistent approach with more assured outcomes.

Consistency of design as well as a using single equipment supplier for the MPD system was identified by Stena Drilling as critical to the success of the wider service model. Ensuring all MPD systems across the company’s MPD fleet are functionally identical, using the same control systems, hardware and layouts with a single OEM for support provides significant efficiencies in the management and continuous improvement of MPD operations as well as helping ensure crew competency and providing operational assurances. The closed loop, below tension ring MPD system incorporates some of the industry’s most advanced MPD technologies and has now been proven to deliver successful MPD wells consistently since 2017.

The Integrated Riser Joint is a single 40-foot assembly weighing just under 35 metric tonnes with a maximum outer diameter of 56 inch and minimum inner diameter of 18.77 inch. The joint consists of a 18-3/4” Rotating Control Device housing; a 21-1/4” slimline annular and a flow spool with dual outlets on the bottom. An adaptor spool (top) and integral flanged connection (bottom) allow quick and easy make-up to the rigs riser system. The joint is deployed, below the tension ring but above the termination joint for the riser auxiliary lines (choke, kill, boost, conduit etc.) meaning the IRJ itself has no external auxiliary lines reducing its overall weight and aiding general handling as well as maintenance on all drill through components. Two six-inch flowline hoses connect the IRJ via the flow spool to the surface distribution manifold with a two-inch bleed line running from a port between the RCD and slimline annular to the distribution manifold. A control umbilical connects to the joint to the surface control system via an umbilical reel.

The surface system consists of a main distribution manifold connecting the MPD system to wider rig systems including standpipe and choke manifolds, the shale shakers and Mud Gas Separator. Immediately downstream of the Distribution Manifold is a Junk Catcher manifold featuring dual junk catchers intended to protect sensitive equipment downstream from plugging/damage. Downstream of the Junk Catcher, the MPD Choke Manifold consists of two parallel, six-inch bodied, hydraulically actuated chokes which can be dressed for four- or six-inch service. An additional three-inch hydraulic choke is located upstream of the junk-catcher providing pressure relief were the junk catcher to plug. All three chokes in the system work in concert to provide a tiered pressure control functionality. A flowmeter manifold is located downstream of the MPD choke manifold incorporating two parallel Coriolis flow meters which can be operated in tandem if required for higher flowrates with equivalent, high accuracy flow measurement into the well is provided by four individual Coriolis meters installed on the rigs Mud Pumps. Finally, a set of automated valves downstream of the flowmeter manifold allows automatic routing of the flow to either the shakers or the MGS as required by operations.

A central control unit provides power and control to a variety of subsystems including the Integrated Riser Joint and the MPD Chokes with an independent Pressure Relief System providing emergency pressure relief across the entire MPD System including overall system protection and diversion overboard and individual component protection as required.

Over forty-five procedures have been developed to cover the deployment, configuration, operation and maintenance of the MPD system. It was established very early on that all procedures related to the MPD system had to be authored and owned by the Drilling Contractor, written in a format and operational language familiar to the rig crews that would be assuming responsibility for MPD operations. Whilst this was the case, the development of these procedures was very much a collaborative process involving Stena, a major Operator, an MPD Service Company (in their capacity as both the MPD system OEM and the Operators MPD Engineering provider) and a third-party MPD consultancy. Even at the rig site this collaborative approach to procedural development continued with lessons learned captured daily during early operations and continued re-draft, review and update. Bringing together this wide range of expertise, objectives and perspectives utilising a collaborative and iterative approach delivered a suite of procedures that has delivered safe, efficient and consistent MPD operations across multiple vessels and challenging wells.

These procedures subsequently became fundamental to the in-house MPD training program that Stena Drilling provides its crews in preparation of MPD operations. Personnel initially undergo an intensive two-day classroom training course giving them a detailed understanding of the MPD fundamentals, equipment, methods and procedures they will be expected to understand and manage at the well-site. Critically all training is built around the specific system, equipment and associated procedures the crew will work with on their own rig (a key benefit of maintaining a consistent approach to MPD system design and functionality) removing any uncertainty that might come with a more generic, ‘catch-all’ training program.

Following on from this classroom training, a two-day simulator course, again fundamentally built around the actual procedures the crews will use at the rig site gives the new MPD personnel a chance to ‘feel’ the differences between MPD and conventional drilling as well as challenge themselves in contingency and emergency scenarios in a controlled and safe environment. A final level of rig-based training performed in the casing shoe prior to drill-out provides an opportunity to observe the actual system reacting in a number of scenarios and procedures before the MPD system utilised for critical well operations.

To date Stena Drilling has installed MPD systems on the Stena Carron, Stena DrillMAX, Stena Forth and Stena IceMAX Deepwater drill ships, drilling eighteen MPD wells in just over four years. The MPD system has been utilised in a variety of sections from eight-and-a-half-inch up to nineteen-inch hole, across a wide range of drilling parameters and flow rates. The system has been utilised to achieve constant bottom hole pressure during drilling, connections, tripping, coring, wireline and BOP testing operations as well as facilitating the performance of dynamic leak off tests, pore pressure tests and drilling problem management (losses etc.).

In just over four years Stena Drilling have gone from zero MPD capability to successfully providing a fully operational MPD service worldwide allowing major Operators to meet their Deepwater MPD objectives safely and efficiently. This model provides economies, efficiencies and opportunities that have the potential to unlock Deepwater reserves that have historically been considered uneconomic or technically infeasible to drill. As Operators continue to seek out the lowest dollar-per-barrel projects it’s predicted that Deepwater Managed Pressure Drilling will be a key enabler with the Owned and Operated MPD Service adopted by Stena Drilling representing many Operators preferred model.

STENA DRILLING IS ONE OF THE WORLD’S FOREMOST, INDEPENDENT DRILLING CONTRACTORS, A WHOLLY-OWNED SUBSIDIARY OF STENA AB.